Russell Archey, staff writer, @NeoScyther
In an attempt to not go cuckoo for Cocoa Puffs and spend a lot of money during the Steam Holiday Sale, I'm going to work on my backlog a bit, more than likely continuing my trip through Castlevania: Lords of Shadow. I'll also be working on Basketball Pro Management 2015 to see if I can get a team to the playoffs. Then again, if I can't get a baseball team to the playoffs, how do I expect to get a team from a sport I rarely watch to the same goal?

Sean Colleli, staff writer, @scolleli
I'm taking some vacation, so the sky's the limit. I might get back to Dragon Age: Origins, although I'd like to finally finish Super Mario 3D World, Mario Kart 8, Bayonetta (1 and 2) and Hyrule Warriors. As if my Steam backlog wasn't bad enough, now I'm getting a Wii U backlog!

Jeremy Duff, senior staff writer, @Duff3c
This weekend will be all about me washing the taste of The Master Chief Collection out of my mouth with some early access to the Halo 5 beta. I like everything that I have seen thus far with the early previews of the game. I'm really looking forward to getting my hands on the playable build. Aside from that, I plan on making a fool of myself online in Guilty Gear Xrd -SIGN- on the PS4 because I can never quite do too well with any Guilty Gear game, but I love playing them nonetheless.

Cody Hamby, staff writer, chamby@gamingnexus.com
I'll be spending my little bit of free time this weekend hopping into my growing backlog of Xbox One games. And I will be putting at least some time into Lords of the Fallen, as I just picked it up on the cheap due to the sale on it and the money I had from rewards.

Travis Huinker, staff writer, @travishuinker
Thanks to a mention by John, I'm now again returning to Fallout: New Vegas along with plenty of mods. Beyond exploring the nuclear wasteland, I hope to finally finish the main story in Dragon Age: Inquisition if I'm able to avoid all the side distractions. Lastly, I plan to get some miles traveled in Euro Truck Simulator 2 for the current holiday event.

Charles Husemann, editor-in-chief, @chusemann
Dragon Age: Inquisition is still my main jam and occupying all of my gaming time. It's one of the rare games where I really want to explore the world and burn through all of the side quests. The mythology is fantastic and even grinding tasks like closing rifts still feels important after the thirtieth one or so. The biggest issue I have with the game is just how buggy it is. It's better now after the patch, but before that you would have an hour or so of wonderful gameplay that would grind to a halt when you hit a glitch or a bugged dialog screen.

Randy Kalista, staff writer, @RandyKalista
I'm backtracking to some RPG series that deserve a second chance (from me): Fallout, Fable, and The Witcher. Back when they were released, I played more Red Dead Redemption than Fallout 3, more Mass Effect 2 than Fable 3, and a heckuva lot more Skyrim than anything else, let alone The Witcher 2. But now I'm looking for my second-bests from those bygone years, and the cooling weather is perfect for a nice, hot cup of role-playing epic.

Rob Larkin, staff writer, @Rob_GN
The great thing about finally going next gen a year late is that there is a nice backlog of games on the cheap. So this week I secured dusty old copies of Assasin's Creed IV: Black Flag and Watch Dogs, and this weekend I'll be giving Watch Dogs a spin. I just finished up some great sessions on Shadow of Mordor, so I figure Watch Dogs will be the better change of pace before taking on Black Flag's high seas.

Matt Mirkovich, staff writer, @Stillmywords
So, I've got a bit of a log jam by getting both next gen consoles at the same time, and I'm trying to juggle Persona Q, Suikoden 2, Far Cry 4, GTA V, Sunset Overdrive, and D4: Dark Dreams Don't Die. I'm also putting a lot of time into Fantasy Hero: Unsigned Legacy on PS Vita for a review.

John Yan, senior hardware editor, @TheJohnYan
I'll finally have time to dive into Shadow of Mordor. I keep hearing great thing about it, so I want to see firsthand what the hoopla is all about. Battlefield 4 has been creeping back into my rotation, so I'm going to go a few rounds with that game. And as always, I'll continue my quest to get a Starmetal Kukri knife in Diablo 3. 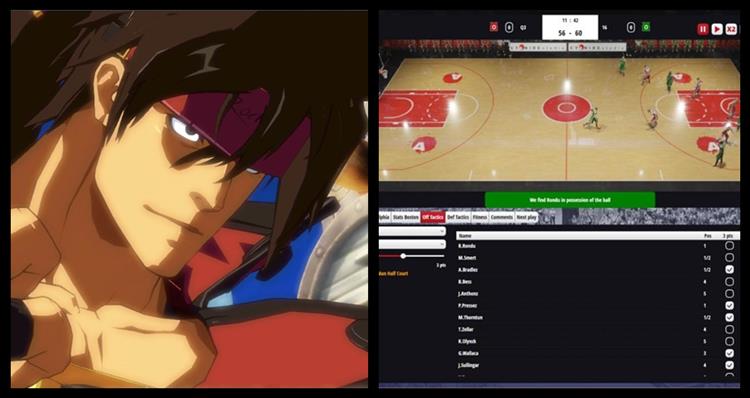