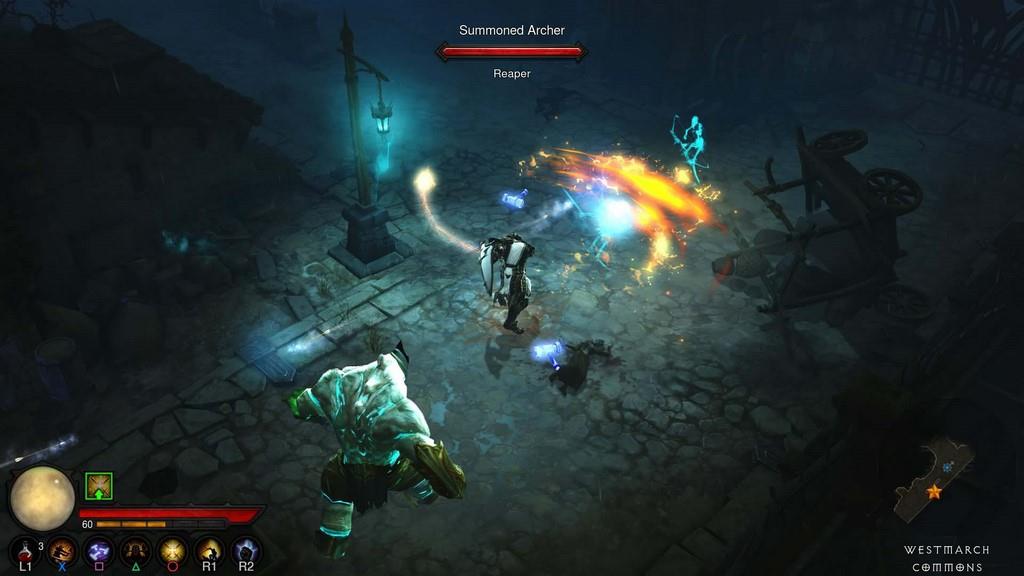 A lot of people sighed when they heard that Diablo 3 was coming to consoles. Sure, it was great to see such a classic  franchise make yet another console appearance, but the past release on the original PlayStation left a lot to be desired. This is the type of game that, traditionally, belonged on the PC, and the chances of it making a decent conversion to a living room console were considered slim. Much to everyone’s amazement, including my own, the console version of Diablo 3 was actually incredibly well done. The update controls and user interface adapted well to the new setting and suddenly the dungeon crawler was a really viable genre for current generation consoles.

Fast forward nearly a year later and Diablo 3 is getting an update on both companies’ shiny, new systems. Diablo 3: Ultimate Evil Edition brings both the original console release and the PC-expansion Reaper of Souls to the Xbox One and PlayStation 4 in stunning fashion. The game is truly the complete package for the Diablo 3 experience, combining both the original game and the Reaper of Souls expansion that previously launched on the PC. Having spent quite a bit of time with the PS4 version I can attest that the game looks better, plays better, and has quite a few new features that will likely suck players right back into the game (that is, if you ever left).

If you never played the console version of the game, you definitely missed out. Blizzard did an amazing job at porting the game to the controller-centric setups of both the PS3 and the Xbox 360. I dove into the adventure on the Xbox 360 and found it to be incredibly intuitive despite its strong roots in gameplay designed to use a keyboard and mouse. It feels more like a realtime action game than it did on the PC; sure, there wasn’t a huge delay in the time between clicking on an enemy and your character attacking, but the game gives you the feeling that you are in direct control of that characters, not just giving orders. The character menus were intuitive and the online play seamless; it was truly everything that fans had hoped for in a console-conversion. Considering how great the original release was, there are really only a few things you can do to make an updated version better, namely making things look a lot better and adding a ton of content. The Ultimate Evil Edition has done both in dramatic fashion.

From an aesthetic perspective, the game looks and performs amazing on the PlayStation 4. The graphics are a lot crisper and flows a lot better. Gone are both the occasional slowdown amidst huge hordes of enemies and the annoying loading times between in-game areas. The loading times between areas in particular really impressed me because they are almost non-existent in this version; that was one of my biggest complaints about the 360 version of the game. The action seemed to come to a screeching halt whenever I tried to move on to a new floor of a dungeon or transfer my character(s) back to town. This time around, dungeons and new areas load up almost immediately and there is very, very little break in the action.

While the inventory and skill management screens take a little getting used to, they function really well with the analog stick setup. It is very easy to fly through the menus and compare your gear, break them down at the blacksmith, or sell them off to a vendor. It isn’t as convenient as a traditional mouse setup, but it is arguably the best option available with a controller. You will have to spend some time familiarizing yourself with the different buttons, all of which have their functions listed at the bottom of the page, but it all becomes second nature very quickly. 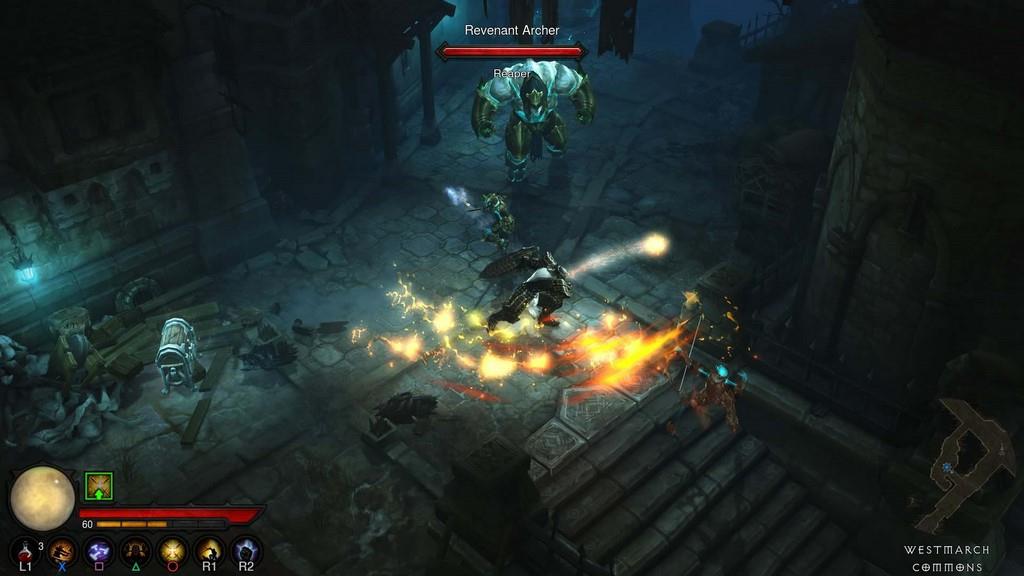 As I mentioned above, this is a combination of both the original game and the expansion, Reaper of Souls. You will get the main, 4 chapter adventure plus the additional, expansion chapter that focuses on Malthael, the angel of death. The core campaign, from the original game will occupy for 10+ hours easily, more if you like to explore. However, if you played the game previously, regardless of which console (360 or PS3), you can import your character and progress into the game. That means that I could have technically imported all of my progress from the 360 version into my PS4 adventure (which I didn’t do however, I wanted to start fresh). This should help move things along for returning players and get them right into the new content rather than forcing them to trudge through the parts they had already played.

This is really a very simple process that simply requires a linking of your Battle.net account which you would have if you have already played the game. If you maxed a character out previously, you have some room for growth now as the new content also brings a raise in the level cap (up to 70). The expansion content also adds a sixth character class to the game in the form of the Crusader, so there is a whole new adventure in itself in terms of building a new hero from scratch.

After the “core" adventure, you do get another chapter which was created for the expansion. This new chapter will only add a few short hours to your campaign and really just serves to extend the story and lore of the game world. As interesting as the campaign is as a whole, that isn’t the focus of the D3 experience here; you’re here for the adventure and to hunt down that elusive, legendary loot. You will do a bit of that in the campaign, but it is afterwards that the gamereally opens up and the game reaches its true potential. 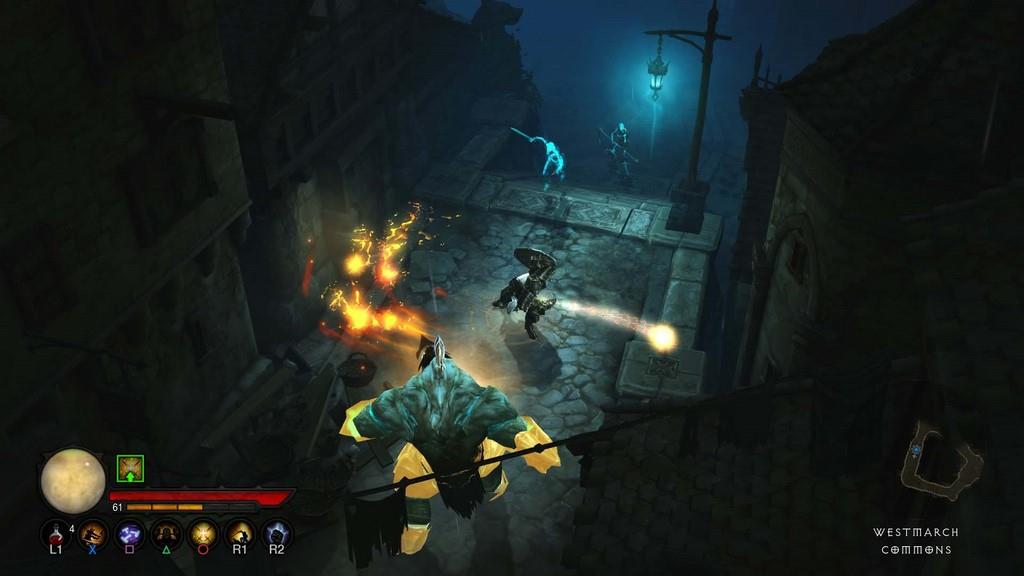 Thanks to the Reaper of Souls content, Diablo 3 now features the robust and nearly endless Adventure Mode that has drawn fans back in on the PC (just ask our own John as he has clocked in over 600 hours in the game). This is basically your ability to constantly roam the game world searching out loot, loot, and even more loot. All of your waypoints are unlocked and there are no restrictions on when and where you go; the world is yours simply as a loot and monster hunting ground. This is when you want to team up with friends, either online (which works seamlessly) or locally in the same room. You can even do a little bit of both if you can’t get 4 players together from one category or the other.

It is really hard to put into words just how fun it is to get a raiding party together and storm through the game’s dungeons. While you can play with random players through matchmaking, this is truly an adventure meant to be taken with friends. Things get even more interesting when the new, Nephalem Rifts come into play. These are basically glorified loot runs; their purpose is purely to give you a fresh adventure and the best chance to score some of the most elusive gear in the game. These randomized dungeons vary in size and length, and provide you with a fresh experience every time that you earn access to one.

Unfortunately, I didn’t get to test the new Nemesis system which won’t go live until the game launches. This sounds great and theory and will be very beneficial to those who play with a lot of friends online. If you don’t know, this new feature allows monsters that defeat you in battle to “warp” into your friends game. Your friends can earn special prizes for both you and their selves by taking down these beasts. The longer a monster goes without being defeated, meaning the more of your friends that it takes out, the better the prizes. 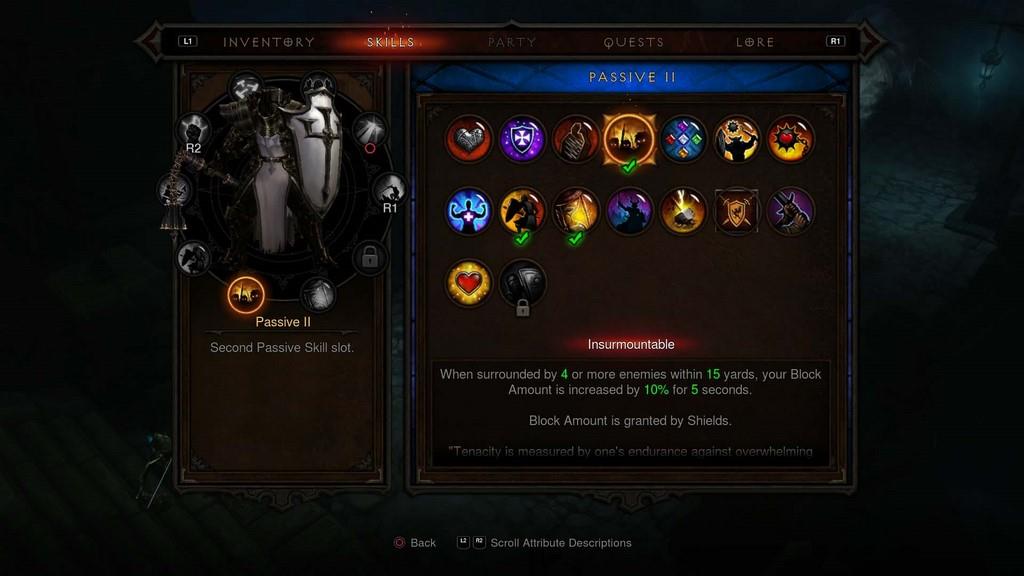 While I absolutely love the game, there are a few problems that rear their ugly heads during the game. If you come from playing with a keyboard and mouse, ranged characters can take a little getting used to. It is a lot harder to aim with just the analog stick versus a mouse cursor; you will find yourself relying more on the target lock button and the game’s target assistance which sort of takes away from some of the skill of the experience. Diablo purists will surely frown at this but it is to be expected with the transition to a console controller.

Another thing that I was disappointed in, even though the feature had already been scrapped on the PC, is the lack of the auction house. Public trading of loot and gear would have helped build the online community of the game although I completely understand why it was ultimately killed off. There are still chances to share things amongst friends here with an in-game mail system. You can send gifts and messages to other players which should keep your raiding parties in touch even when you can’t get everyone together at one time.

All things considered, I am not sure that it is possible to create a better Diablo-experience on the home consoles. We’re talking about a game, and a series in general, that was designed for the PC in nearly every single aspect. Blizzard should be commended for the quality transition that they have pulled off in bringing the game to the living room because it is has happened without any major hitches. One might even argue that this has made the game more accessible and less intimidating than the PC original. Aside from dealing with the fact that console players aren’t going to see the same content updates that PC players will be enjoying with the game, this is pure loot gathering bliss and a title that will make new and old fans alike very, very happy.

Without a doubt in my mind, this is the best version of Diablo 3 that is available on consoles. The campaign itself is a solid and enjoyable adventure, but the Adventure Mode, Nephalem Rifts, and nearly endless loot is what will keep you coming back for more time and time again. Make sure to bring friends to maximize the fun.