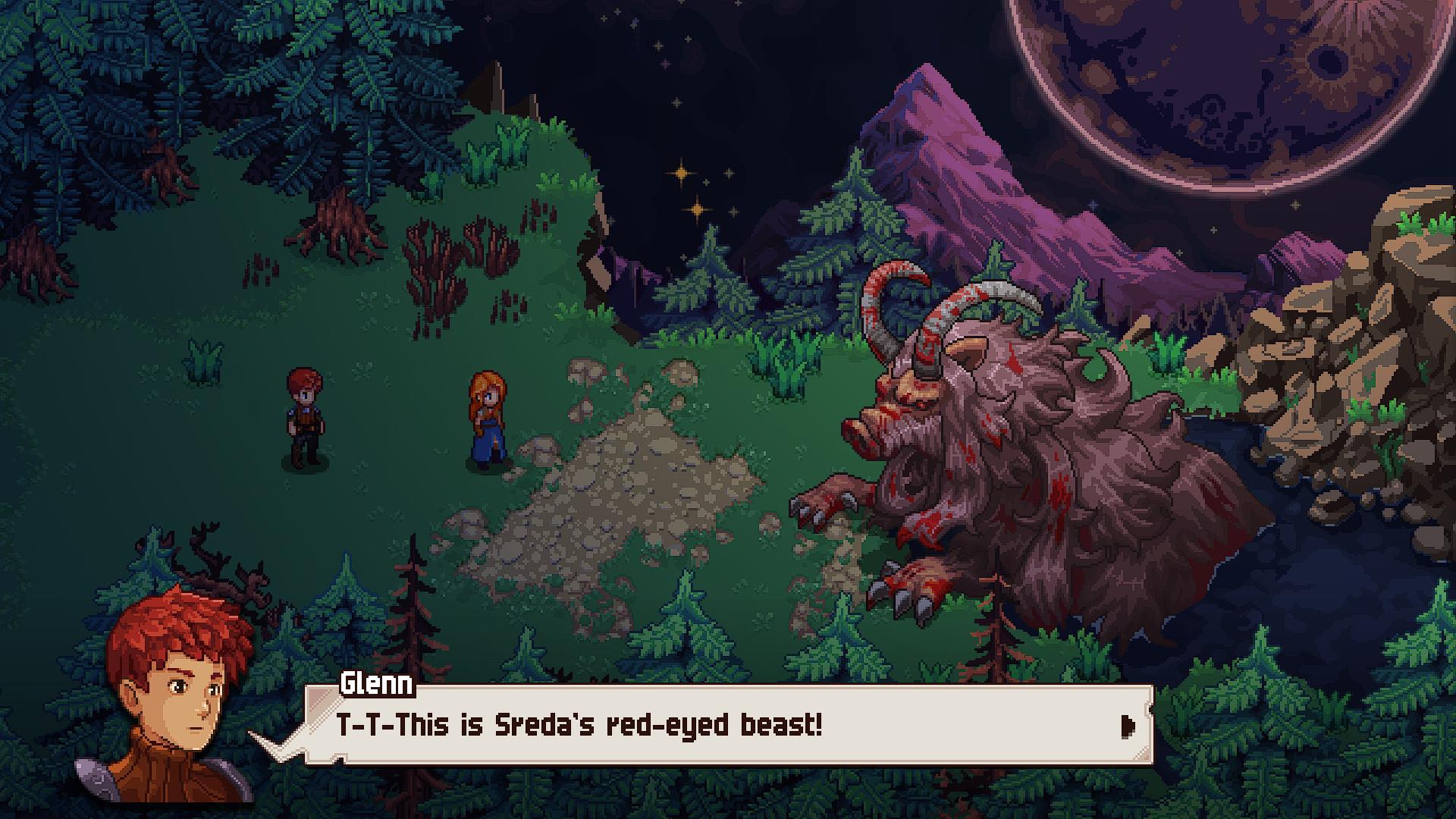 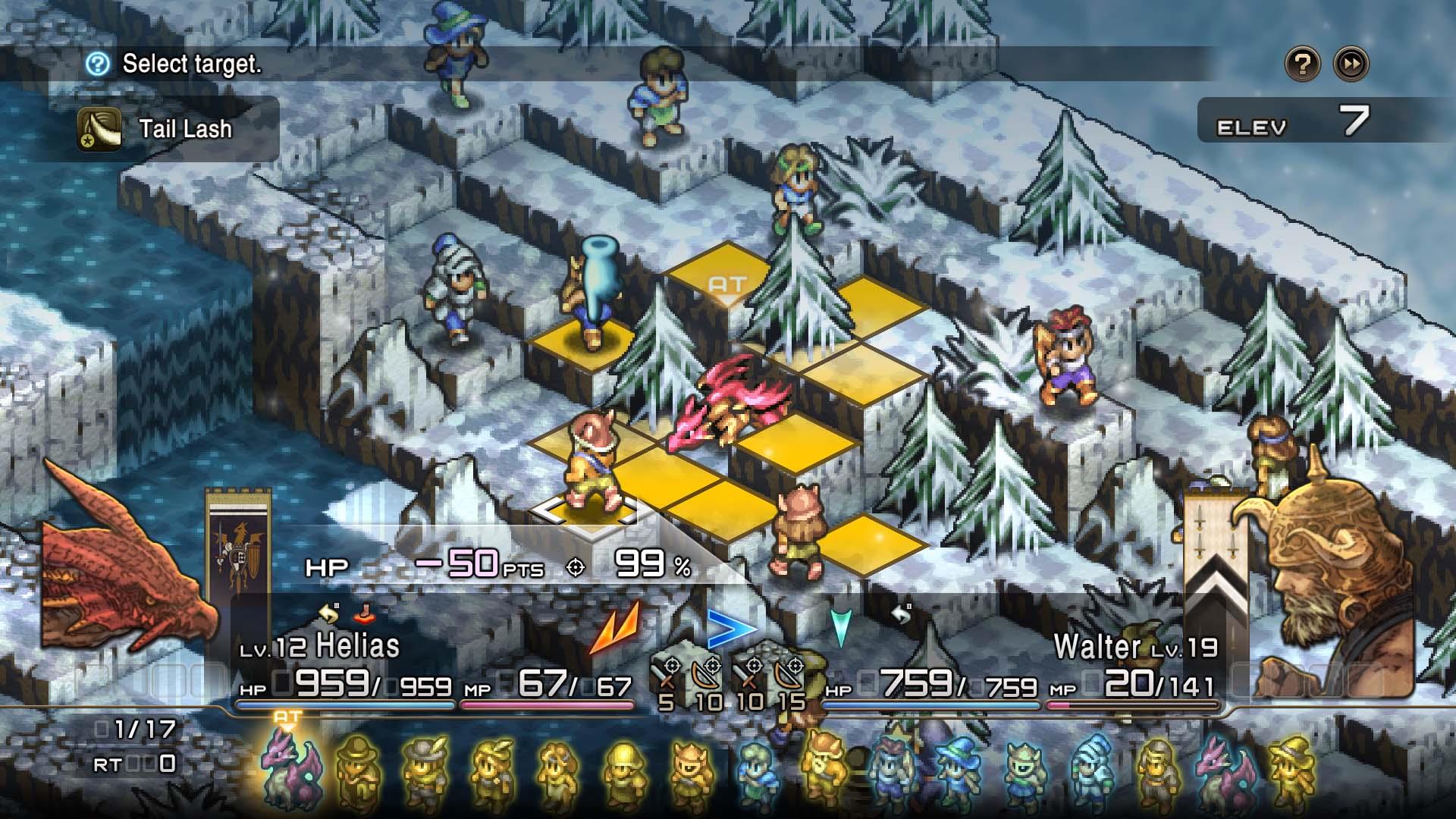 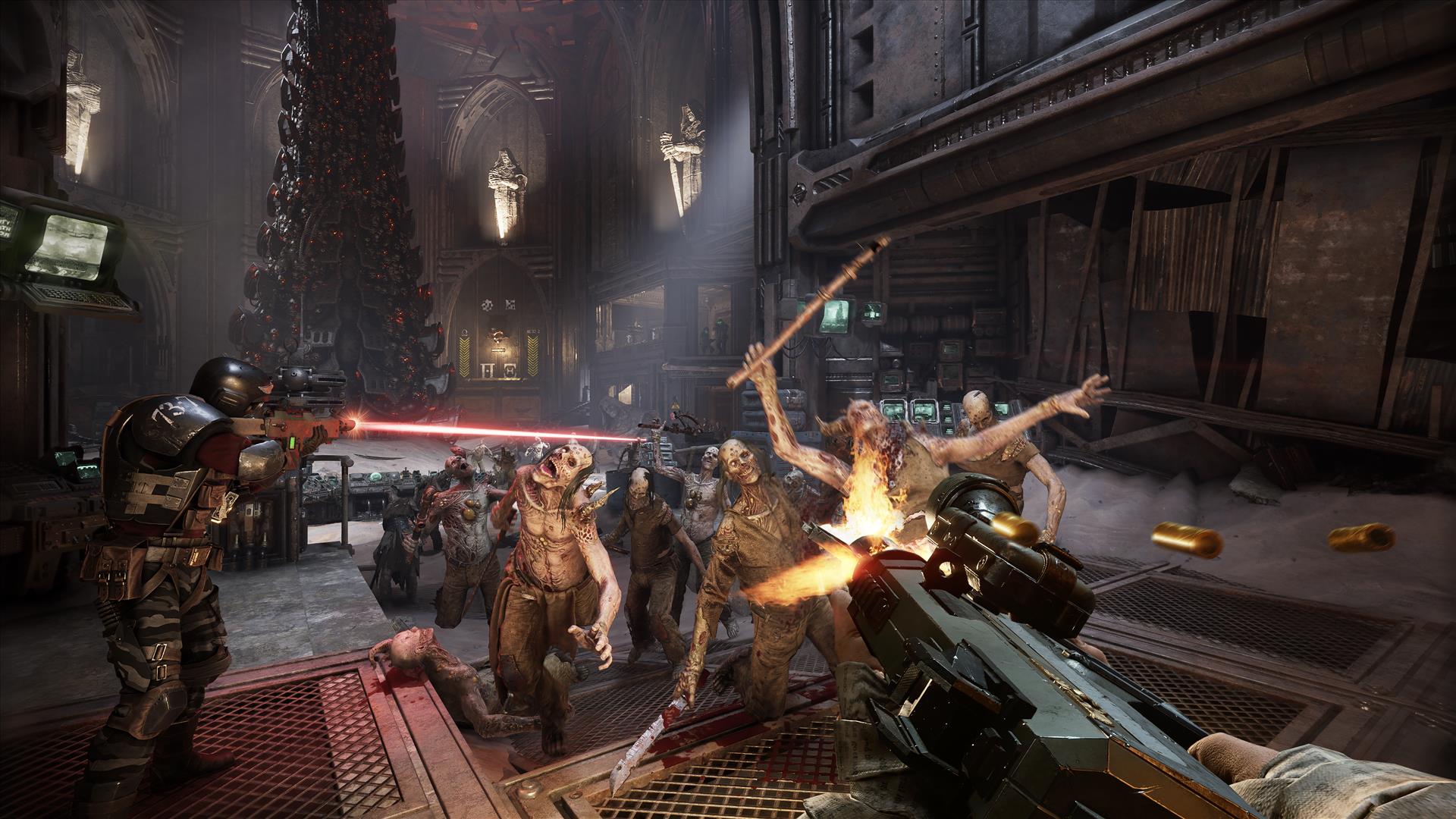 The wait is almost over as Way Forward has finally given us a release date for River City Girls 2 and it's coming very soon. Like very soon. As in, only a week away. River City Girls 2 is a direct continuation of the first game but with more playable characters, new locations enhanced combat and more.

I loved the first game because it scratched that itch I was having after not being able to play the Scott Pilgrim vs. The World game anymore since it was delisted. That game is now available to play again but ill still be checking out River City Girls 2 when I can.

Season: A letter to the future might be releasing January 31st

UPDATE: The PlayStation Store page is live again. This time I grabbed a screenshot. 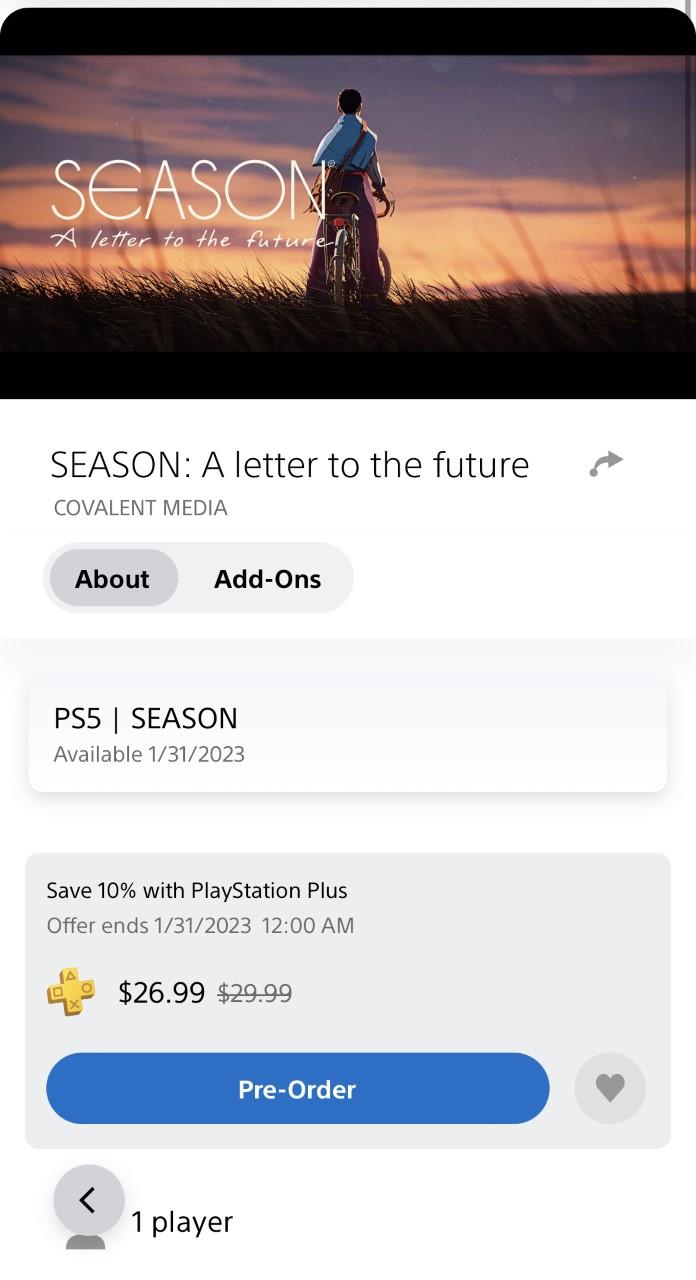 Bicycling road trip adventure game SEASON: A letter to the future, from developer Scavengers Studio, appears to be releasing on January 31st, according to a pre-order notification from the PlayStation mobile app. In what appears to be a PS Store snafu, the title was briefly made available for purchase at $29.99, with PS Plus subscribers getting a 10% pre-order discount.

The listing was quickly updated to remove the ability to purchase, and has now reverted back to the standard "Add to wishlist" option. I was browsing on my phone when I received the notification and while I didn't grab a screenshot of the pre-order option, I did take one of the notification itself. While the last day of the month is often used as a placeholder date on storefronts and databases, it is worth noting that January 31st is a Tuesday - a day on which games do typically release. 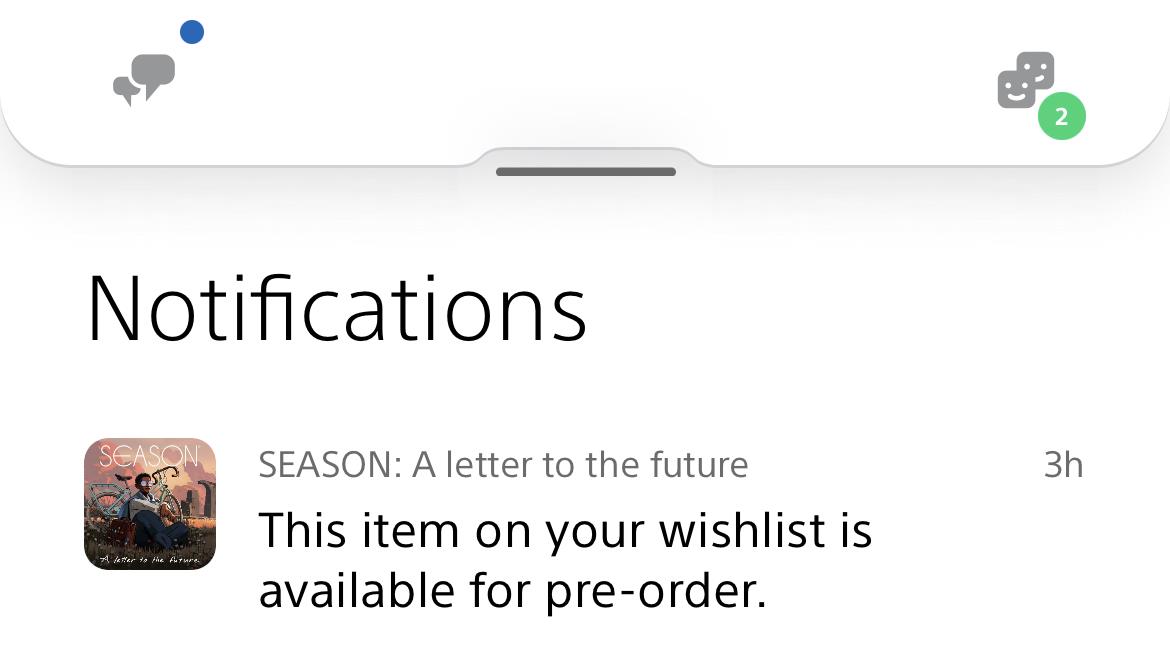 Coincidentally, the game's official Twitter page says we can expect some sort of announcement very soon, which you can see below. Perhaps this is another announcement lined up for The Game Awards this Thursday. Stay tuned!

Third-person platform fighter Divine Knockout out now on PC, Xbox, and PlayStation Plus

Publisher Hi-Rez and developer Red Beard Games have launched third-person platform fighting game Divine Knockout (DKO) today on PC, PlayStation, and Xbox. It is also available to all PlayStation Plus subscribers, who get access to the Founder’s Edition as part of the Essential membership.

Divine Knockout is a stylized platform brawler featuring gods from across various mythologies, from Greek to Arthurian, each with their own unique abilities. Unlike other side-scrolling platform fighters, DKO offers a three-dimensional plane of movement, meaning you have to keep your head on a swivel at all times. It also features cross-platform play, as well as 1v1, 2v2, and 3v3 game modes.

Two editions of the game are on offer: The Founder’s Edition and the Ultimate Edition. The Founder’s Edition goes for $24.99 and includes eight playable gods and a variety of cosmetic items. The Ultimate Edition is $49.99 and includes all of the above in addition to four god tokens, which are used to unlock any god of your choice, 1000 in-game currency, and a smattering of additional cosmetic items.

As a PlayStation Plus subscriber, I'm looking forward to checking this one out. I feel like we've been getting a wealth of platform fighters lately though, or is it just me? It's probably just me.

theHunter: Call of the Wild gets new DLC, adds 60fps support for current-gen

Developer Expansive Worlds continues its robust post-launch support for their outdoor hunting sim theHunter: Call of the Wild, announcing today that a vast new alpine mountain reserve is available now on consoles and PC, as well as support for 60 frames per second on PlayStation 5 and Xbox Series X|S.

The new reserve is inspired by real-life locations in the New England mountains and covers portions of New Hampshire and Maine. The update also includes new wildlife like pheasants, coyotes, and moose, as well as a new weapon called “The Patriot”.

In addition to boosting current-gen versions to 60 FPS, the Granite Update also includes increased wildlife spawns and other quality of life improvements, such as the ability to place waypoints when using binoculars and an updated Harvest screen.

The Granite Update is absolutely free, while the new alpine reserve will run you $7.99. I am a big fan of simulators, and theHunter has always been regarded as one of the better ones out there for the hunting sub-genre. But now I can play in 60 frames on my PS5? I may or may not be navigating to the PlayStation Store to see if there is a sale.

Publisher Bandai Namco and developer From Software have announced a highly anticipated free PVP update for their latest game Elden Ring. Colosseums throughout Limgrave, Leyndell, and Caelid are now open for players to partake in duels, team fights, and free for all brawls. There is some speculation that the free update is being pushed out to make way for a Story DLC being announced at The Game Awards later this week.

Elden Ring is an action role playing game created by the masterminds behind the famous Dark Souls franchise and supplemented by Game of Thrones author George R.R. Martin in terms of worldbuilding. The game is set in the high fantasy world of The Lands Between and it is up to the player to seek the titular Elden Ring and uncover the secrets buried deep within.

In case you missed it, check out Henry's review on PlayStation 5.

Elden Ring is available now on PlayStation 4, PlayStation 5, Windows PC via Steam, Xbox One, and Xbox Series X|S. The free Colosseums update is arriving tomorrow December 7, 2022 on all platforms.

Check out the announcement trailer below:

The heavily rumored Horizon Forbidden West DLC is real and it's coming in April 2023, according to website Insider Gaming, which understands that the add-on will be called Burning Shores. An announcement of the DLC was teased by prominent leaker "The Snitch" in a Tweet, which appears to feature a "focus" from the game overlapped on a map of the area where Horizon Forbidden West takes place in the United States.

This lines up nicely with actor Lance Reddick, who plays Sylens, revealing back in September in a now-deleted Tweet that he was doing additional performance capture for Horizon Forbidden West. Coupled with the fact that "The Burning Shores" are referenced multiple times in-game, I think we have ourselves some DLC inbound. Of course, Horizon Zero Dawn also received DLC support in the form of The Frozen Wilds back in 2017, so there is certainly a precedent here from developer Guerrilla Games.

Could PlayStation make an appearance at The Game Awards on December 8th to announce The Burning Shores? We'll see.

Fortnite continues to push boundaries with arrival of 'Chapter 4'

Without a doubt, Epic Games has molded Fortnite into a gaming industry monolith, the likes of which is rivaled only by fellow industry juggernauts such as Grand Theft Auto and Call of Duty. For better or worse, it is (and perhaps always will be) a standard bearer in the industry, especially in regard to free-to-play live service gaming. Nearly everyone wants to be Fortnite. Even legendary studio Naughty Dog hired the guy who designed Fornite’s battle pass, so that they could put him to work on their upcoming The Last of Us multiplayer game.

We’ve reached a point now, however, where Fortnite’s resonance in gaming goes beyond monetization models and battle passes, and extends to pushing forward the technological boundaries of the games themselves. Enter Fortnite Chapter 4, announced over the weekend as the latest and greatest iteration of the tried-and-true formula. Only this time, there are some new bells and whistles under the hood, thanks to developer Epic Games also being the proprietor of the Unreal Engine, which makes Fortnite Epic’s personal technology playground, and rightfully so. In fact, it was the first game to be developed on Unreal Engine 5, after moving over from the previous iteration as of December 2021.

Now, alongside Chapter 4 Season 1 comes Unreal Engine 5.1, which introduces new hardware features available for the first time in any game. Nanite, Lumen, Virtual Shadow Maps, and Temporal Super Resolution have all joined the party on PlayStation 5, Xbox Series X|S, and PC. That all probably means nothing to you, so here is the elevator pitch for each new feature: Nanite allows every stone, flower, and blade of grass to be modeled on-screen, Lumen introduces realistic lighting behaviors such as colors bouncing off of objects and on to your character, Virtual Shadow Maps means that every modeled detail will cast a shadow – even individual leafs, and finally Temporal Super Resolution is an upgrade over Temporal Anti-Aliasing and allows high-quality visuals at high framerates. That might all still be gibberish, so if you’re more of a visual person, have a look at some screenshots: 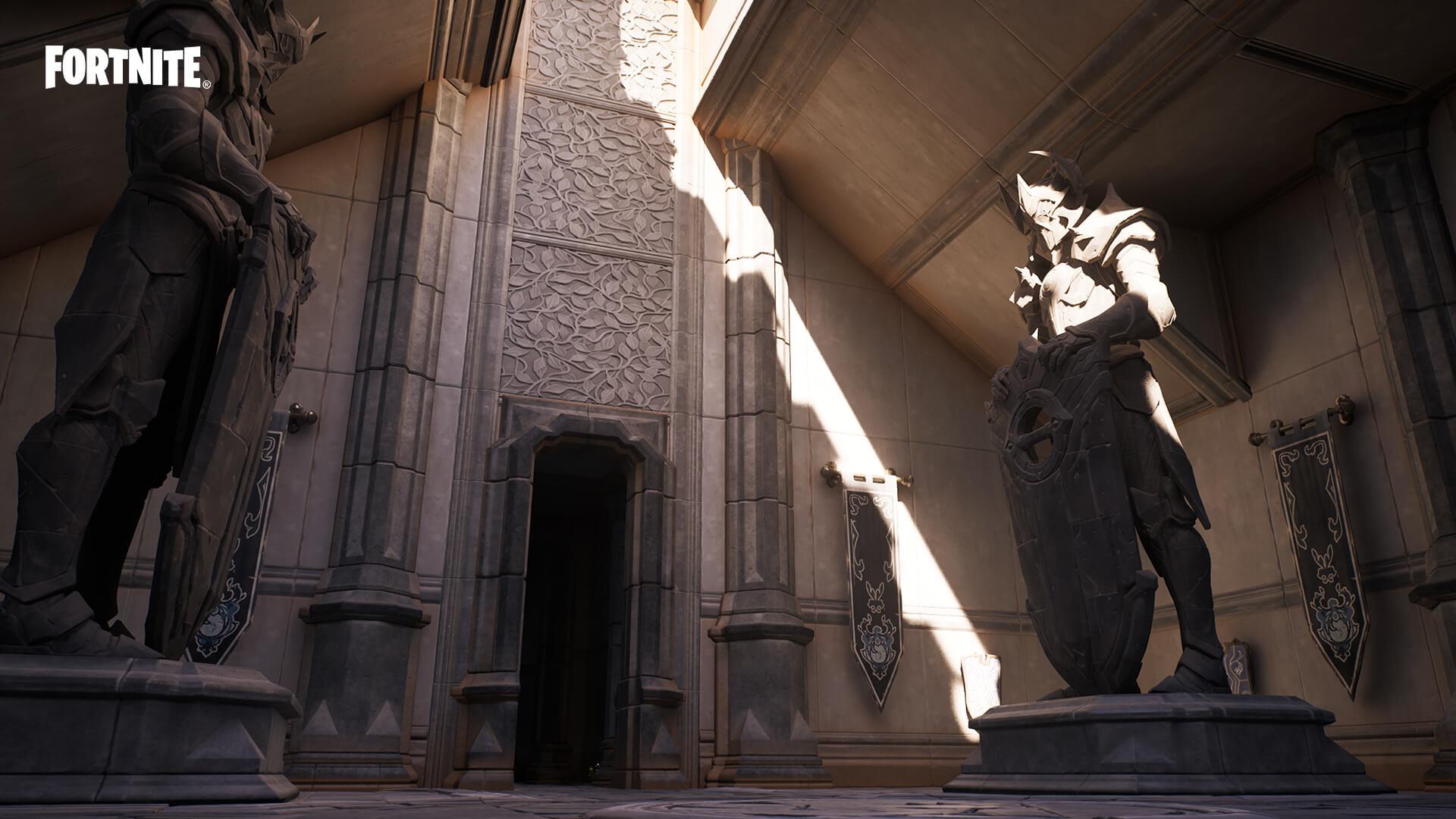 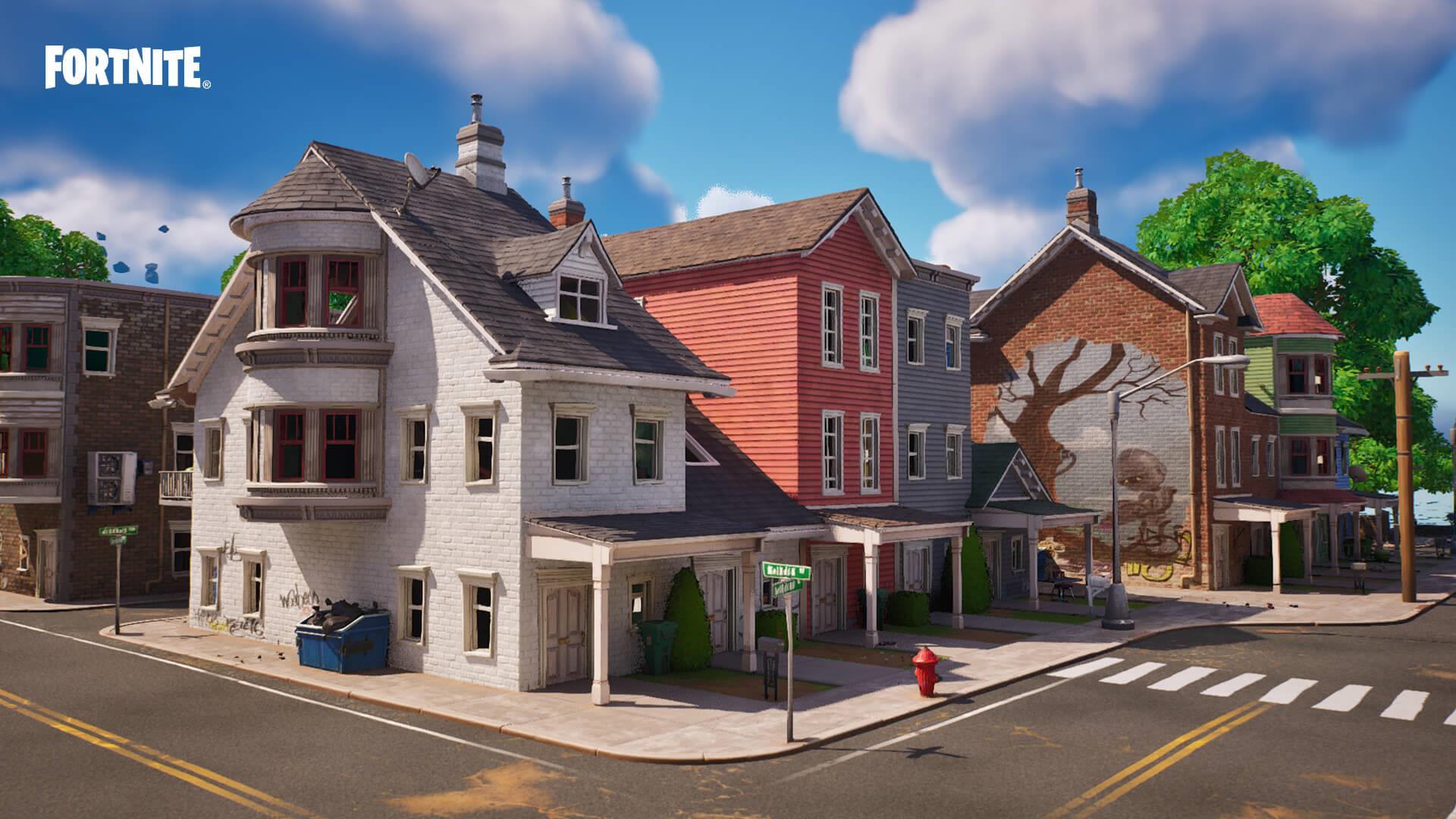 I have to admit that for a long time, I was a Fortnite hater. Only after the addition of a “No Build Mode” to the game did I finally give it a fair shake, and I must say – I get it. I get it very much, indeed. I played a handful of matches at that time and finished in the top-5 each match. Not to mention, it was a blast to play. I enjoyed myself so much that I went on the podcast I co-host and proclaimed myself a Fortnite believer, after two years of scoffing week-in and week-out on the show. And so here I go once again, re-downloading one of the most popular games on Earth to my PS5, preparing to jump out of that flying school bus once more. 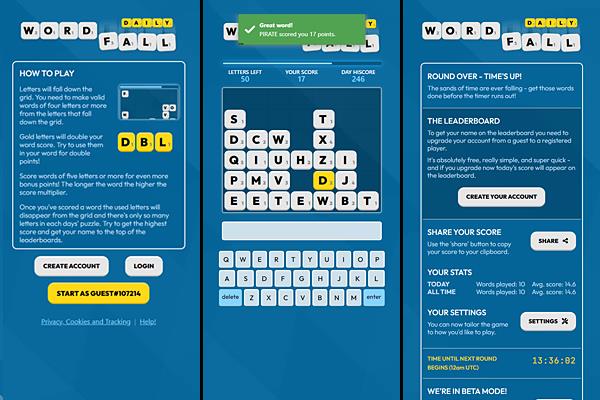 I’m huge into daily games I can play on my phone. Sudoku, crosswords, Wordle, and anything in between catches my attention, this one combines two game types that have interested me. “WordFall is all about making words from letters, as they fall down the screen before the time runs out. Every day, a new set of letters is available, and everyone who plays gets the same letters in the same order. Making words of the longest length, for the highest score, will get players higher up the global leader board.” WordFall has just recently left closed beta with over 10,000 games played, with the highest scoring word so far scoring a huge 1064 points. WordFall is available to play for free on desktop or mobile.

Riot gave us another look today at Project L, their new fighting game based on the League of Legends franchise. We got a look at some more gameplay and an update on the newest fighter in the game Illaoi.

This will be a tag team based fighter where you can swap between fighters in battle or you can call your partner in for assist moves to set up combos.

Still no update on a release date. The game looks like its coming along pretty well but looks like it still could be a few years away from release.

Focus Entertainment and developer THE PARASIGHT dropped a short but sweet trailer for their upcoming first person action adventure game BLACKTAIL ahead of launch. You take the role of a 16 year old girl accused of witchcraft named Yaga. You are banished from your home following the disappearance of your twin sister Zora and now must unravel your own mystery when memories of your past come to haunt you.

BLACKTAIL features a first person blend of archery combat and magic slinging in a tale inspired by classic Slavic folklore. Gather materials and craft potions as you take down mighty bosses and unearth secret treasures and recipes to improve your abilities. Will you choose to be good or evil?

BLACKTAIL is coming to PC via Steam, Xbox Series S|X, and PlayStation 5 on December 15, 2022. The game is available for pre-orders now.

Check out the new trailer below: 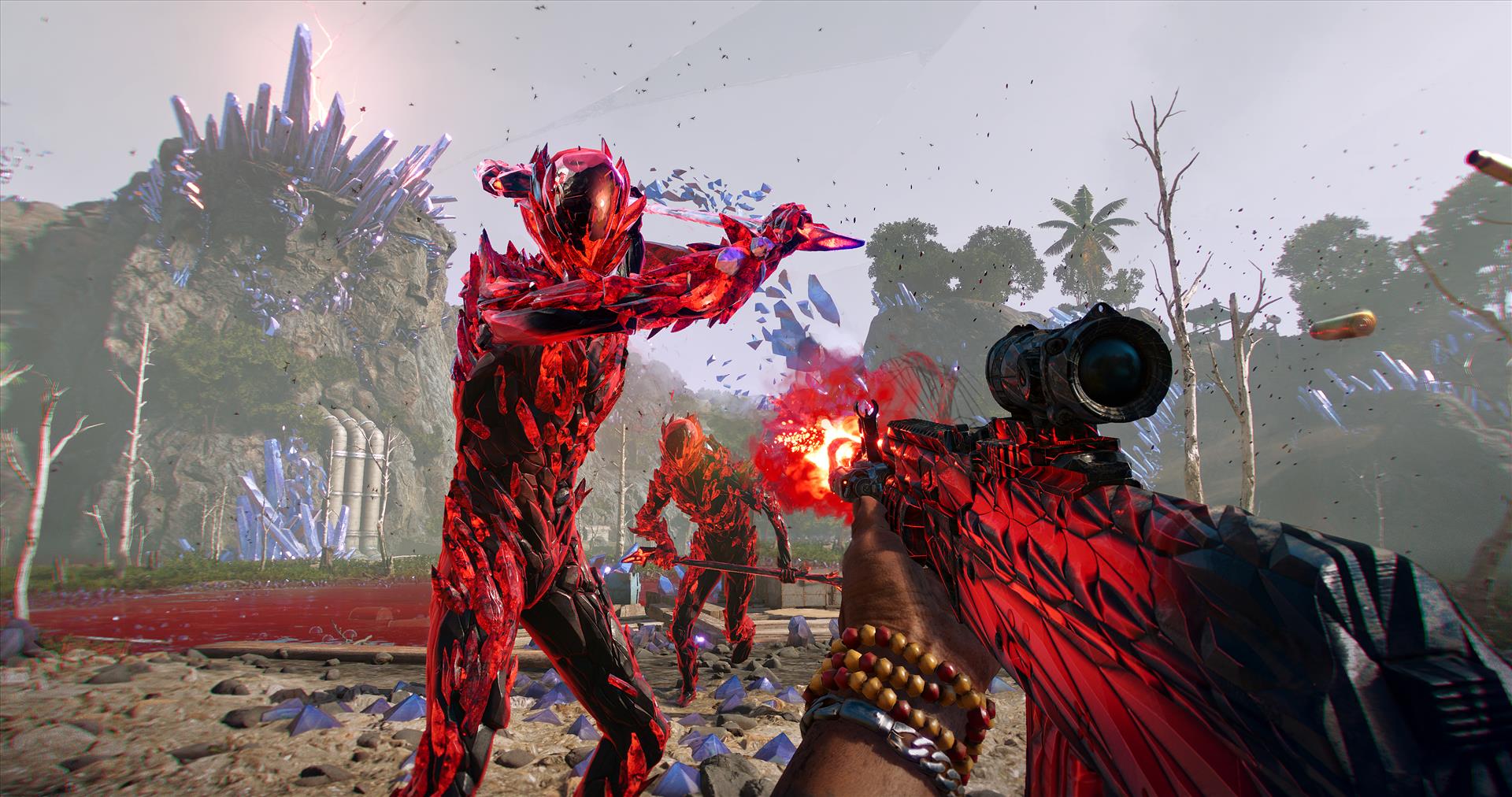 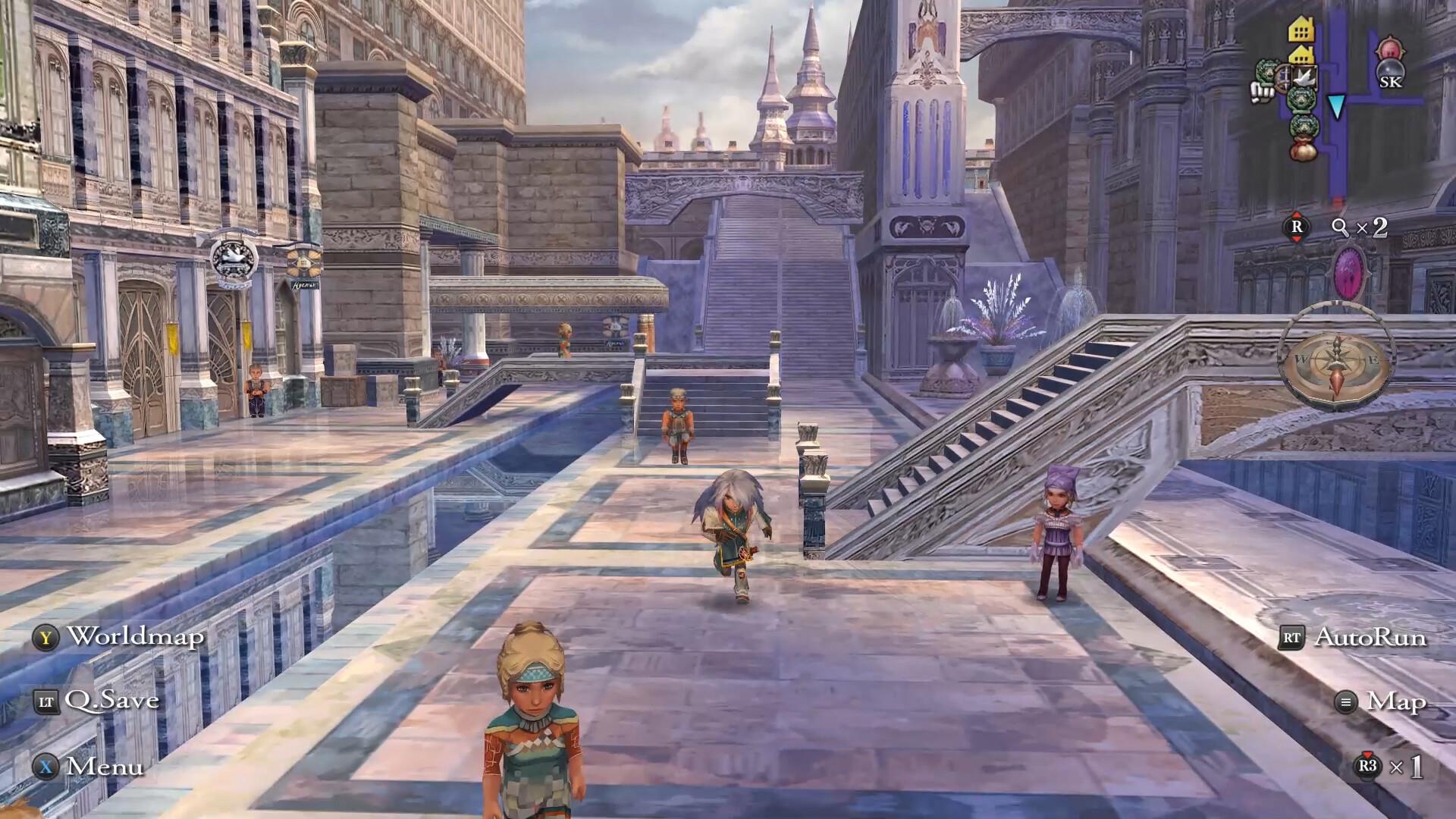 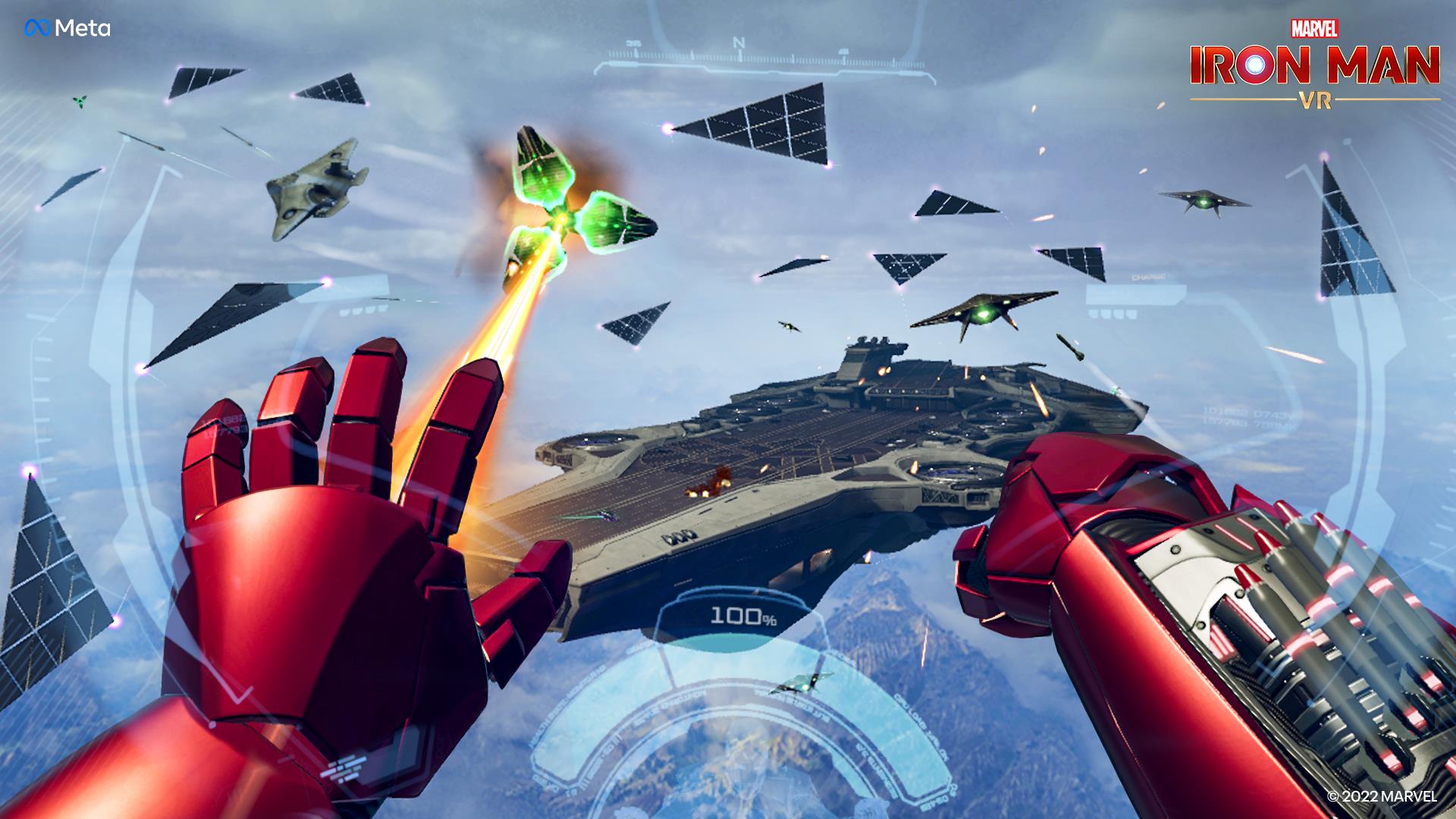 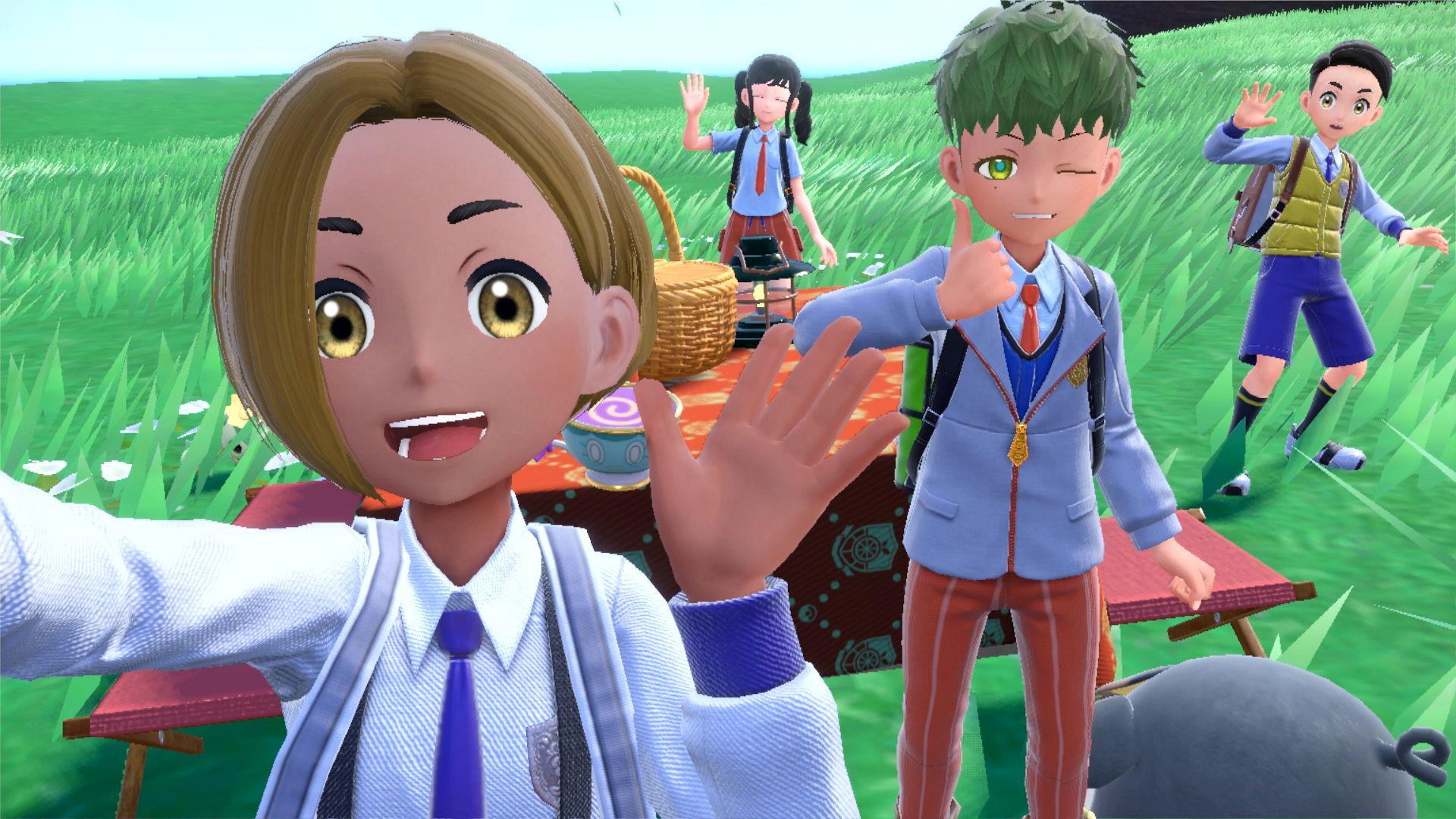 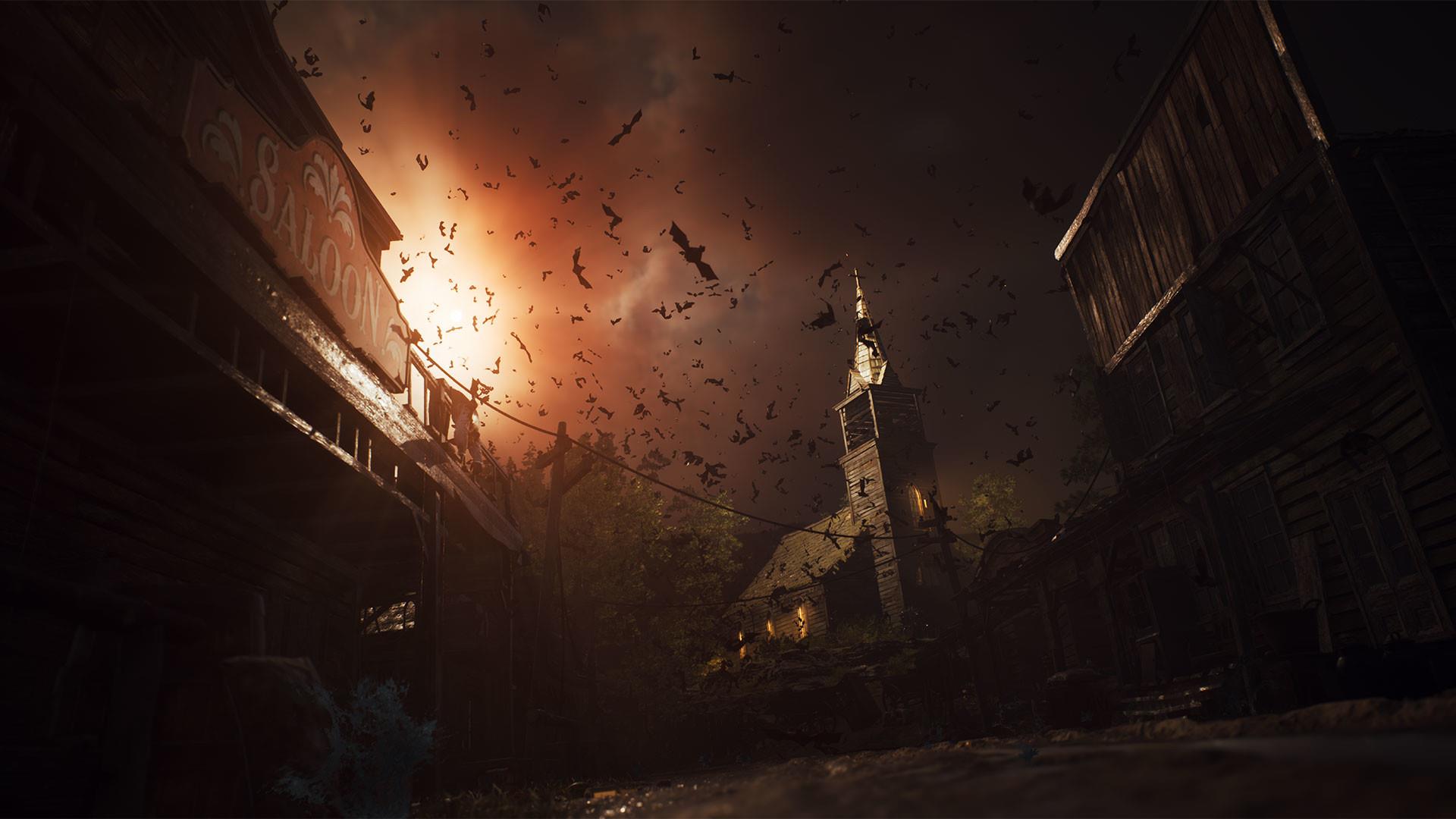 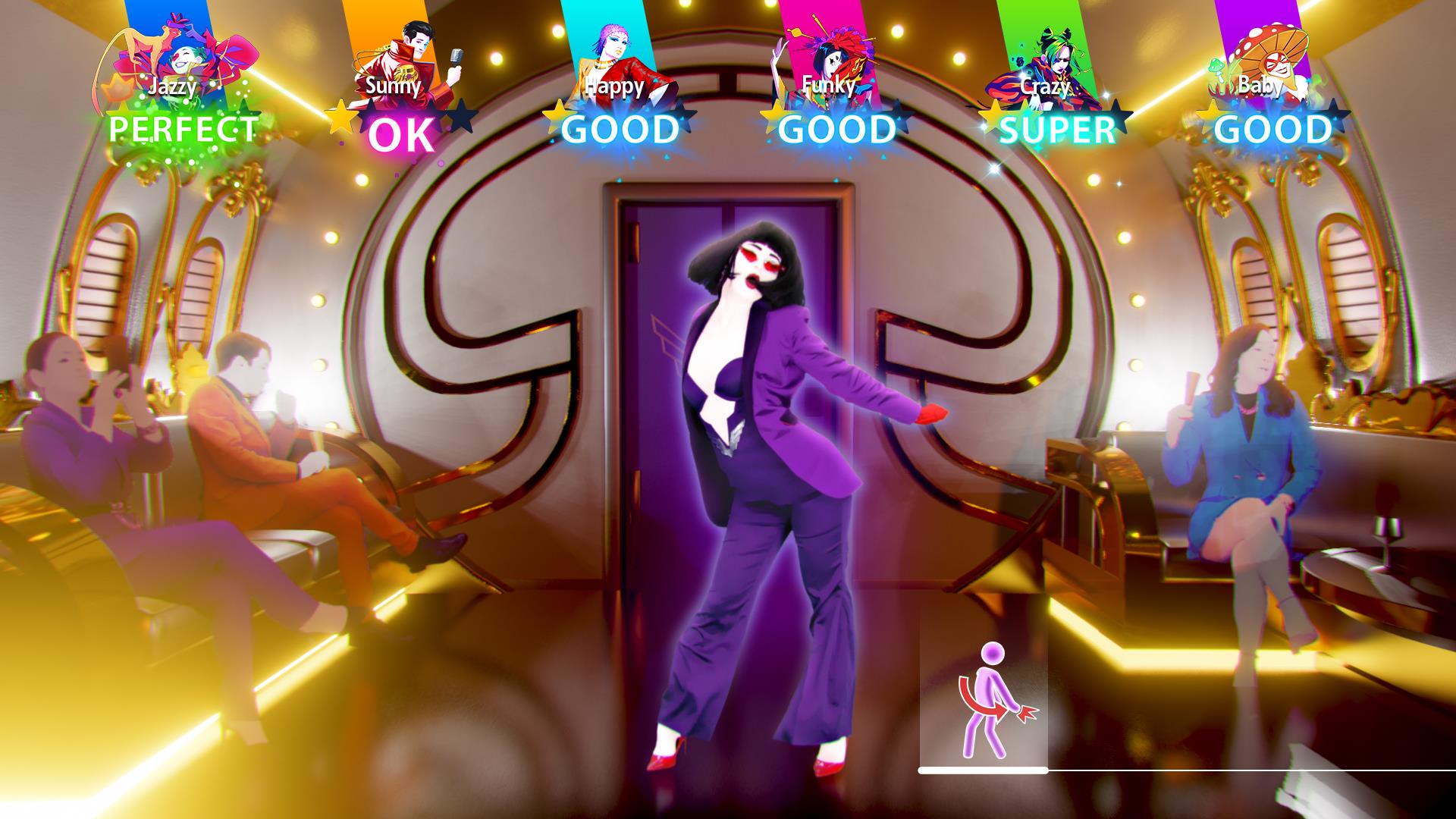