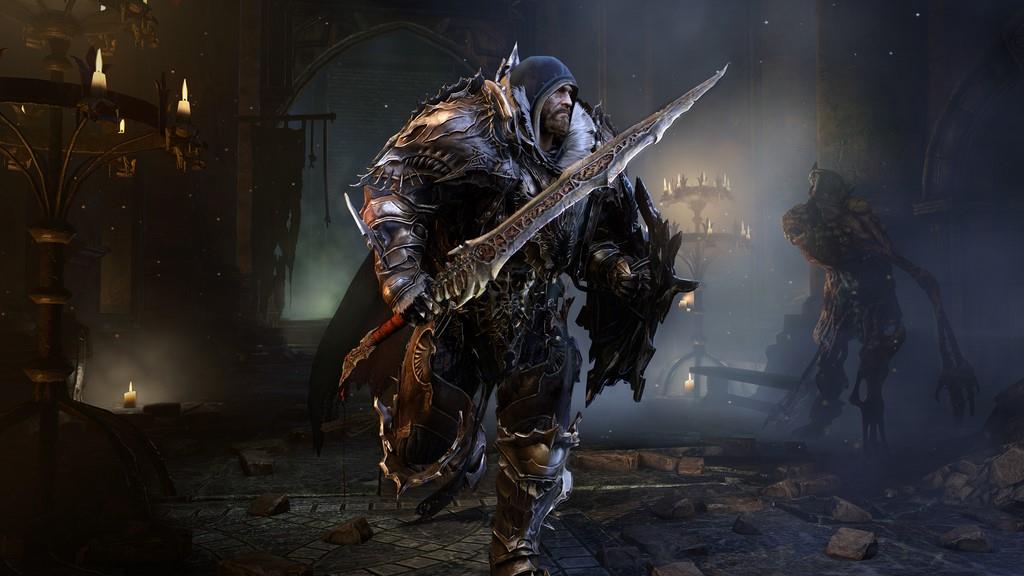 Lords of the Fallen

With its unforgiving difficulty and a hopelessly bleak art style, Dark Souls left a real impression on me when it was first released in 2011. Apparently I wasn't the only one, because City Interactive's newest PlayStation 4 game is about as close as you can possibly get to copying Dark Souls without From Software getting their lawyers involved. Lords of the Fallen may be a knock-off, but it still remains a fun action game that mostly gets the adventure game formula right.

You play Harkyn, a human warrior who has recently been freed from prison and asked to help stop a supernatural force from entering our world and causing unimaginable death and destruction in its wake. This involves walking from one castle to the next, battling demons and aiding the resistance fighters in their quest to push the enemy army back to where they came.

If you've played Dark Souls, then you already know what to expect from Lords of the Fallen. Instead of quickly making waste of supernatural grunts like Kratos from God of War, our hero takes on each demon in what amounts to a one-on-one battle, where every hit is important and any encounter can end in death. It's the kind of game that rewards both patience and skill, making every victory feel satisfying.

As foreign as things seem at the start, there are a few rules you'll be forced to learn the hard way. Like most role-playing games, every time you defeat an enemy you are given a certain amount of experience points (not to be confused with souls). You use these points to level up your character's strength, luck, health and so on so forth. But here's the thing; when you die, you will drop all of that experience and start back over at the nearest bonfire (the game's version of a checkpoint). The good news is that players can make their way back to where they died and retrieve their dropped points. But there's a catch: All of the enemies will respawn and if you die along the way that dropped experience is gone for good. 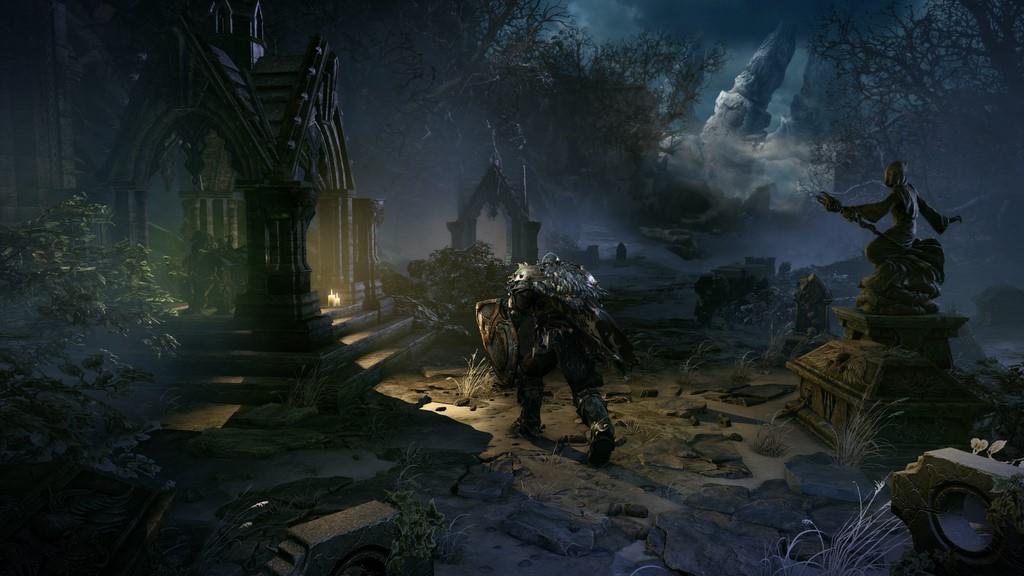 The good news is that Lords of the Fallen is significantly easier than Dark Souls. The checkpoints are much closer together and I had an easier time escaping certain doom, making this a much more accessible game for beginners. That's not to say it's easy, but it never feels as unforgiving as the adventure games it's ripping off. And since the enemies don't scale in difficulty, it's incredibly easy to overpower them by simply grinding for levels.

The battles are both slow-moving and impactful. No matter if it's one-handed or two, Harkyn swings each weapon at a snail's pace. What the game lacks in speed it more than makes up for in strength. Each blow feels like it would rip the enemy apart, and many foes only take a few large hits to defeat. We're given two attacks and a projectile shot, as well as a collection of magic spells the player can cast. Although lumbering at times, the battles are genuinely thrilling and require more than simple button mashing.

Even though it will take players a couple dozen hours to complete, the world of Lords of the Fallen is surprisingly small. Much like Dark Souls, everything is interconnected, making it feel like a fully-realized fantasy world. Unfortunately, this is also what makes the game feel so much smaller. The path is much more linear in this PlayStation 4 adventure, with only a few forking paths along the way. The inspiration is certainly there, even if the scale is not.

I was disappointed to discover that the bosses were also smaller. While larger than the regular foes, the Lords of the Fallen bosses pale in comparison to what we've seen in similar games. The good news is that they still put up a solid fight, even if most of them feel like an afterthought.

While smaller in scale, I enjoyed the look and layout of this world. You'll see a lot of familiar designs, such as partially destroyed castles and the dingy catacombs. A few of these locations really shine, thanks to the attention to background details and particle effects floating through the air. Harkyn is a big and nasty looking character, and everything has a certain weight to it that you rarely see in action games. Sadly, the otherwise great presentation is marred by a lot of screen tearing and frame rate issues.

I'm disappointed that the game doesn't do more with the promising story. The developers toy with a divide between the world's believers and non-believers, but Lords of the Fallen never does much with that intriguing thread. Much like the bosses, you won't remember much about the narrative after the credits roll.

While nowhere near as good as Dark Souls, Lords of the Fallen still manages to be a fun clone. I like the look and the weight of the game, even if the story elements are underdeveloped and the level design is a bit too linear. The battles are still thrilling and fans still in love with this particular brand of action/adventure will still get a kick out of the 25 hour journey. Complaints aside, Lords of the Fallen is made up of more good moments than bad.

Lords of the Fallen is both a shameless Dark Souls rip off and a solid action/adventure game. With an easier difficulty and smaller scale, this PlayStation 4 game is a good way to ease people into the challenging sub-genre. On the other hand, the story is underdeveloped and the levels designs are too linear. This new City Interactive release is a real mixed bag.