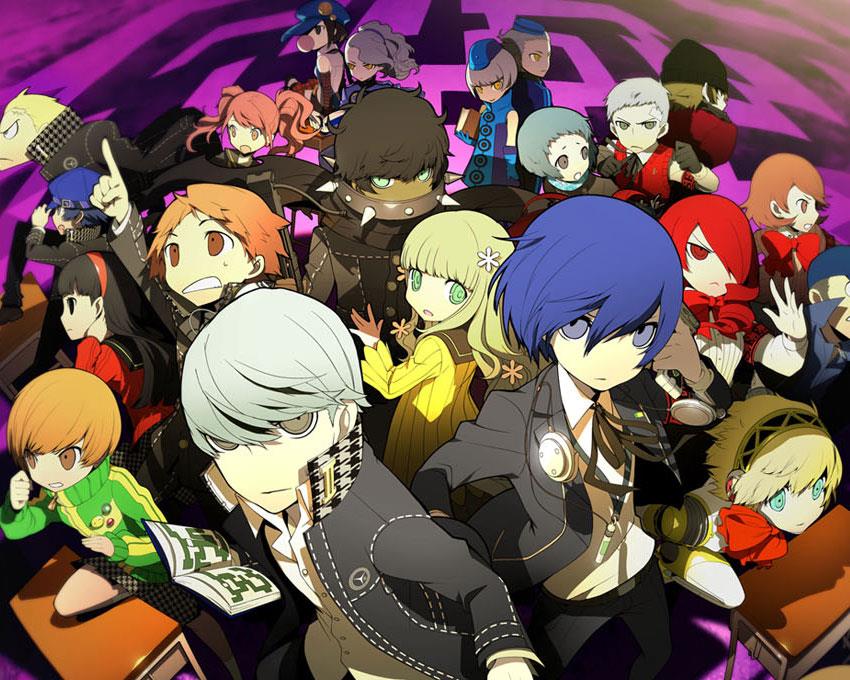 Persona Q: Shadow of the Labyrinth

I have a confession to make.  I, sadly, have never played a game in the Persona series (aside from Persona 4 Arena which I’m not counting for this review).  The main reason for that is, quite simply, I don’t own a PS2 and most of the time I’d rather begin a series with the first game released in the States.  That doesn’t mean I’m going to pass up the opportunity to check out a game in the series if offered, so it’s time to get my feet wet with Persona Q: Shadow of the Labyrinth and see if it’s a good enough game to get me into the series.  Then again it’s an RPG made by Atlus so that shouldn’t be too hard.

When you begin the game you can actually choose from two sets of characters: the cast of Persona 3 or the cast of Persona 4.  No matter which story you choose the game itself will remain mostly the same, though the story will be different as it comes from the chosen casts’ point of view.  Either way your protagonist begins in a place called the Velvet Room, a place where Personas can be fused, and you meet a girl in blue, as well as learn that there’s a door in the Velvet Room with four locks on it that you can’t open.  After hearing a bell chime a few times you’ll end up in the halls of a high school but it’s a bit different than what the characters are used to.  As you begin to investigate you stumble upon a labyrinth that is full of Shadows (the enemies of the game).  Regardless of which storyline you choose, here is where the bulk of the game begins.

As I began playing I noticed something eerily similar to another game I’ve reviewed in the past.  In fact, if you’ve played Etrian Odyssey Untold: The Millennium Girl, you’ll notice that Persona Q utilizes the same exploration and combat systems for the most part, so fans of that game will feel right at home.  The bulk of the game is navigating the labyrinths while fighting the Shadows and as you move you’ll notice a map on the touch screen.  This game also utilizes a cartography system, but here the map will draw itself as opposed to you drawing everything yourself like in Etrian Odyssey Untold (which were the default options in EOU).  The only things you have to place are doors, shortcuts, chests, and so on.

That being said however, Etrian Odyssey Untold and Persona Q aren’t just the same games with different stories, as the Persona series has something the Etrian Odyssey games don’t; Personas.  These Personas give the characters various abilities and you can swap between different sub-Personas for each character which allows you to strategize a bit in terms of who has what abilities.  Characters in the front row can deal more damage while back row characters deal less, especially to back row opponents, so they might be the best bet for any healing abilities and skills while the front-row characters can use the more powerful offensive and elemental abilities. 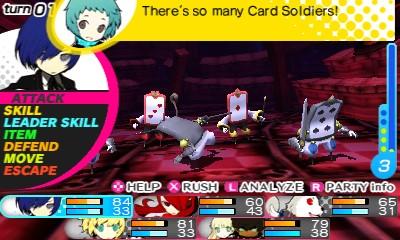 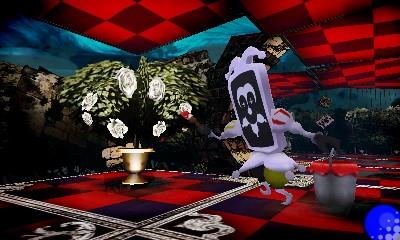 During combat each character can attack with whatever weapon they have equipped, use their Persona’s skills, defend, escape, and so on.  The main protagonist can also utilize special Leader Skills.  Every time you attack an enemy the blue meter on the right side of the screen fills up a bit.  After it fills you’ll gain one “Leader Skill Point” for lack of better term and you can save up to five.  Using a Leader Skill uses up one of these points.  These skills range from giving all characters slight health regeneration for a few turns to escaping a battle and returning to the start of the floor, which is a good method for getting out of a labyrinth quickly.

You’ll notice that every attack in combat has some sort of special property to them.  Most of these are elements such as Wind and Fire, but there are also attacks with bash, cut, and pierce properties.  I bring this up because most enemies are weak to at least one of these properties and hitting an enemy with their weakness will do two things.  The first is the attack may knock the enemy down for a turn, preventing them from attacking, and the second is it’ll put your character into a boosted state.  Being in a boosted state will provide two advantages: that character will go first in battle (multiple boosted characters still act according to their speed) and all of their skills will be free to cast.  The catch though is that if a boosted character is attacked they’ll lose their boosted state, so it’s not a completely broken system.

After progressing the story a bit you’ll be able to sell materials you find to craft better weapons, armor, and items, as well as heal your party for a fee.  The fee for healing is equal to 100 times the highest character level amongst your party members.  While this seems like it would get annoying quickly as you level up, you’ll begin to find better materials the further in you get, so it kind of offsets the prices you’ll end up paying for healing and items. 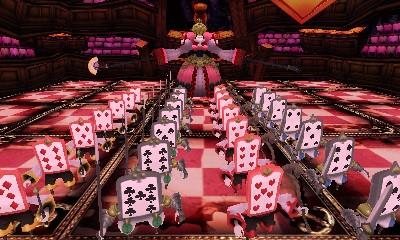 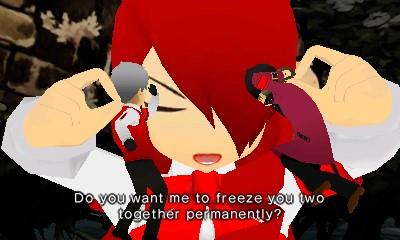 While I haven’t played past Persona games, the difficulty can seem kind of high at first, but the more you play and learn the mechanics of the game, the better it gets.  As stated you can strategize where you put your party members and assign them Personas to help serve the team better, plus you’ll eventually gain the ability to use the Velvet Room to fuse Personas together to create more powerful Personas.  While the game still has its difficult moments, this helps considerably cut down on how often you’ll have to go back and heal.

While Persona Q: Shadow of Labyrinth can have its difficult moments if you don’t manage your Personas well, it’s still a really solid game.  The story can seem to take a while to get through, but I really enjoyed the conversations between the characters as it provides a bit of character development as opposed to just giving story exposition and moving on.  The difficulty seems right and the combat system is pretty easy to get a grasp of.  While the mechanics may be similar or downright the same as Etrian Odyssey Untold, that’s not a bad thing in the least as I enjoyed that game as well.  Fans of the Etrian Odyssey series will feel right at home with the game’s mechanics and I felt this was a pretty good game to get my feet wet with the Persona series.

Having never played a Persona RPG, I enjoyed Persona Q: Shadow of the Layrinth.  The fact that it resembles the Etrian Odyssey series in terms of gameplay is a plus and as a person new to the Persona series, I feel that this is another solid RPG from Atlus.