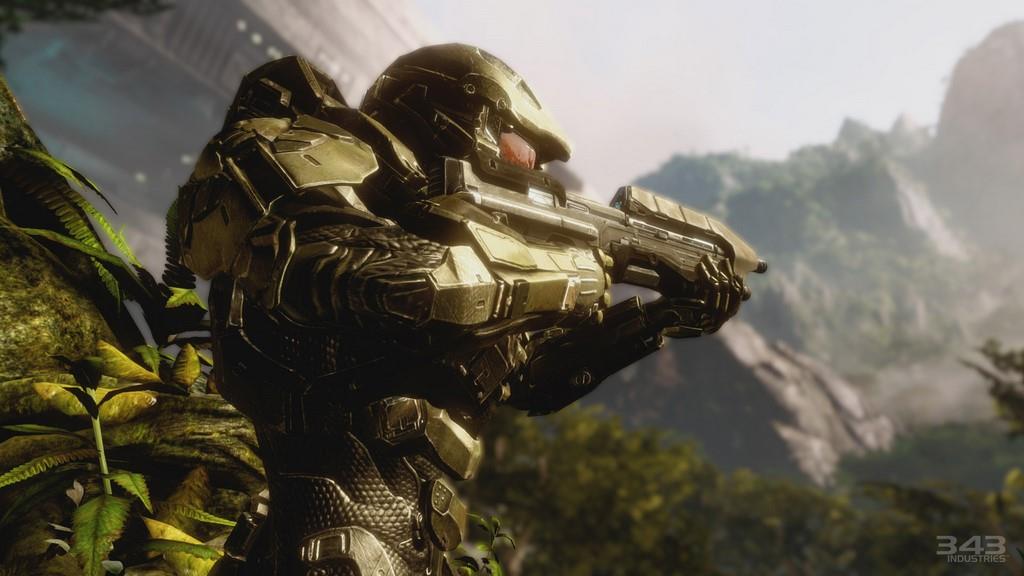 Written by Jeremy Duff on 11/13/2014 for XBO
More On: Halo: The Master Chief Collection

When someone mentions the Xbox, what is the first game / series that comes to mind? For many people, that would be, without any hesitation, Halo. Bungie’s classic, which now belongs solely to Microsoft, is the game that put Microsoft’s original system on the map. The subsequent sequels were all top sellers for their release periods and are considered among the best titles available for both the Xbox and Xbox 360.

The Xbox One is still waiting for its entry to the series but it is getting a little bit of a taste this year with Halo: The Master Chief Collection. No, this isn’t the highly anticipated Halo 5, that is still a year or so off. This is Microsoft and 343‘s compilation package for the series, bringing all of the main games together in a single package. This one title will give you access to the campaigns for Halo 1 through 4, as well as the multiplayer options and tools, all on your Xbox One.

I don’t think you need me to reiterate how historic these individual campaigns are in Xbox and Halo history, so I don’t feel the need to rate them all individually. You have likely played these games before and know what you are getting from the experience, and you know that you are getting a ton of content in this package. However, the quality of that content has left me seriously disappointed. I don’t feel that the first two chapters of the saga really hold up that well after all these years, even with Halo 2 getting the full remake treatment for the game’s 10th anniversary. I was disappointed with Halo C.E. when it was released for the 360 for the same reasons. This really saddened me because I absolutely loved them both when they were originally released but that was quite a while ago and they just don’t feel as good today.

It's always been my theory with video game remakes that in order for them to be successful, the developer needs to make some sort of improvement to the game. An update to the visuals is nice, and greatly appreciated, but the gameplay experience should evolve as well. Updated versions get the most critical acclaim when the entire game itself evolves in addition to the cosmetic aspects of the game; that hasn’t happened here. Sure, Halo 2 looks and sounds better than it ever has, but it feels incredibly dated when you play it. The game’s pacing is slow and the default control schemes don’t feel comfortable any more. That same thing can be said for Halo C.E. and Halo 3, although the pacing of 3 is a little better than the others.

Thankfully, all of the games become immediately more playable and enjoyable with an adjustment to the controls in the options menu. The shooter genre has come a long way in the past couple of years, and with their default settings Halo 1 through 3 feel very archaic from a control standpoint. As I noted in my review of Halo 4 back when it launched, 343 did a very smart thing by modernizing the game’s control scheme, even if some fans found it to be a bit sacrilegious. Thankfully, there is a pre-set, modern shooter configuration available in the menu that can be applied to all four of the games. This one option really improved the gameplay experience for me immensely and I would have liked to see the option made more prominent in the games, perhaps giving you a choice at the beginning of each campaign. 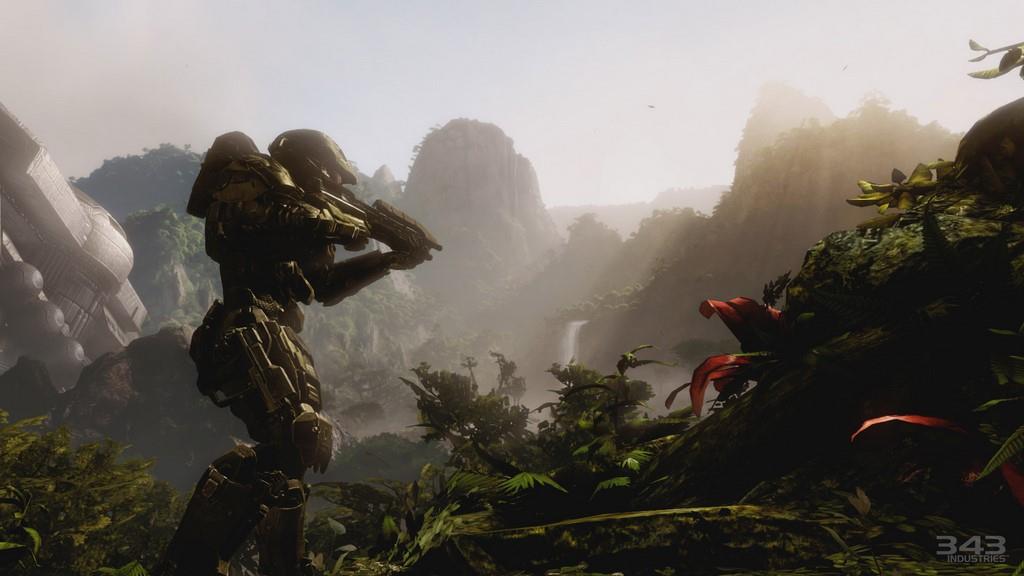 We’ve established that the “enhancement" that these games have received is merely a cosmetic one. I guess the part that I am most disappointed is that three of the four games included in this package haven’t even been given the same treatment as Halo 2. Halo: CE, Halo 3, and Halo 4 have received a slight resolution bump to 1080p and run at a full 60fps, but that is as far as their enhancements go. Halo 2 is the only one that has received the full makeover treatment, receiving a complete overhaul from the ground up in its visuals and sound. It looks and sounds great, which I am sure you have seen in the various trailers and footage released prior to the game. However, good looks can only get you so far, as the substance that is the game and its campaign takes center stage after the shock and awe of the cosmetics wears off, and that just doesn’t hold up after 10 years.

Since the experience is exactly the same as it was with the original releases of C.E., 3, and 4, there really isn’t any reason for players to play through the 360 ports in this package. You have played them all before, some recently (specifically C.E. and 4), just at a slightly lower resolution and framerate. Other than the slight visual bump, they are the exact same games that you played on your Xbox 360. It could even be argued that the campaign experience on them has even been crippled a bit since you no longer have to search out the hidden skulls and terminals. I understand what 343 was trying to accomplish by unlocking everything from the start of the experience, but at the same time feel that it took away any incentive to play through these games. Couldn’t there have at least been some unlockable art or something to give you a reward of some sort for the accomplishment of taking down each campaign? 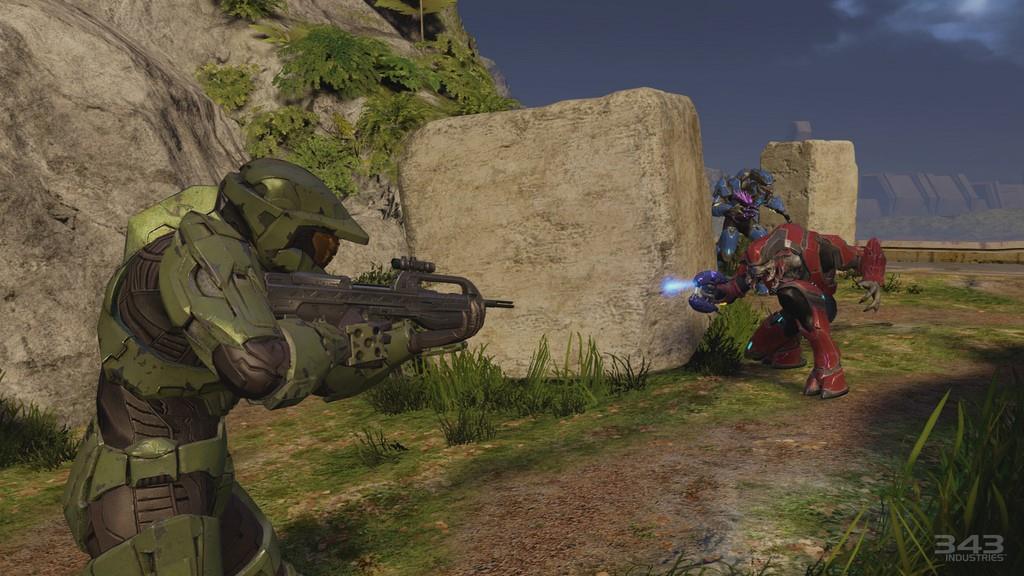 I find it extremely weird that a lot of the “bonuses” that come as a part of the game aren't even included in the actual package. You are actually sent out to another Halo application on the Xbox dashboard in order to see any oof this stuff, rendering the game as nothing more than a graphical front end to access material stored elsewhere. Theoretically, this game isn't even needed to do things such as watch Halo: Nightfall or view all the terminals from the series. It really feels just like a fancy front end to access all of this content.

Luckily, the multiplayer options are the saving grace of The Master Chief Collection. Multiplayer has always been the crux of the Halo experience, and that isn’t any different here. There is just so much to do online with your friends that I can imagine Halo fans will be playing this package for years to come. It isn’t all about the competitive aspects either, as the game has a bunch of new cooperative options as well.

Each of the individual games has a full lineup of cooperative mission playlists that are remixed versions of the game’s campaign missions. You can tackle these with a friend or be matched up randomly through a matchmaking service. They have different themes that make everything such as some of the bigger and more intense gun fights or perhaps vehicle oriented sets. This is the most enjoyable way to relive the campaign moments if you ask me, as it adds a fresh take on familiar content. 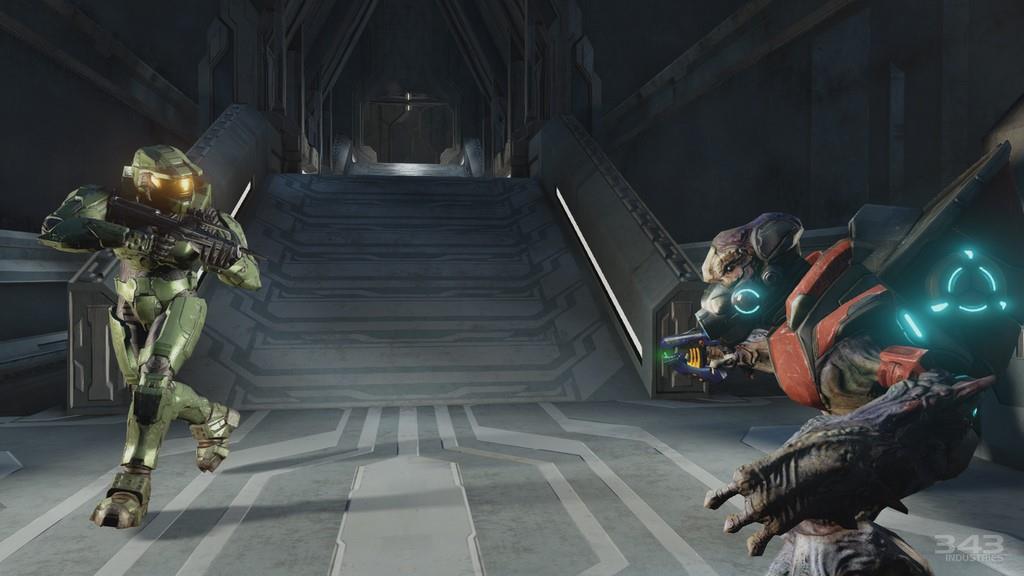 As expected, the competitive multiplayer features a wide variety of greats playlist and matchmaking options spanning all of the games included in the package. You can opt for specific game-related playlists focusing on your favorite title or bounce around lists dedicated to certain gametypes. There are a ton of them and more coming, just as you have seen done with the franchise in the past. The playlists are one of the aspects of the game that will change and evolve over its lifetime, even years down the road (at least as long as 343 is supporting the game). The manner in which the online playlists are presented is done a lot better this time around than it has been in previous games. As you highlight each different game types and lists, you can view more detailed information such as the Halo game(s) included in that specific option or the maps that are in rotation for that list. This gives you a better idea of what you're getting into when you're looking at something like the ranked Team Slayer or Big Team Battle.You have all of the stat tracking and player customization options that the series is known for applied to the experience as well.

In addition to the main games, online and off, The Master Chief Collection has plenty of other features that fans have become accustomed to over the past couple of entries in the series. The theater mode is back, although it is only enabled for Halo 2, 3, and 4. The feature was in 3 and 4 natively and it has been added to 2 with the remake treatment. To this day it is still a very fun feature the really lets you take some of the best videos and screenshots of any game on the market. You can also track your entire online career through all of the various playlist right within the game. Plus, Forge has returned, although it is only available in its full glory for games 2, 3, and 4, just like theater mode. 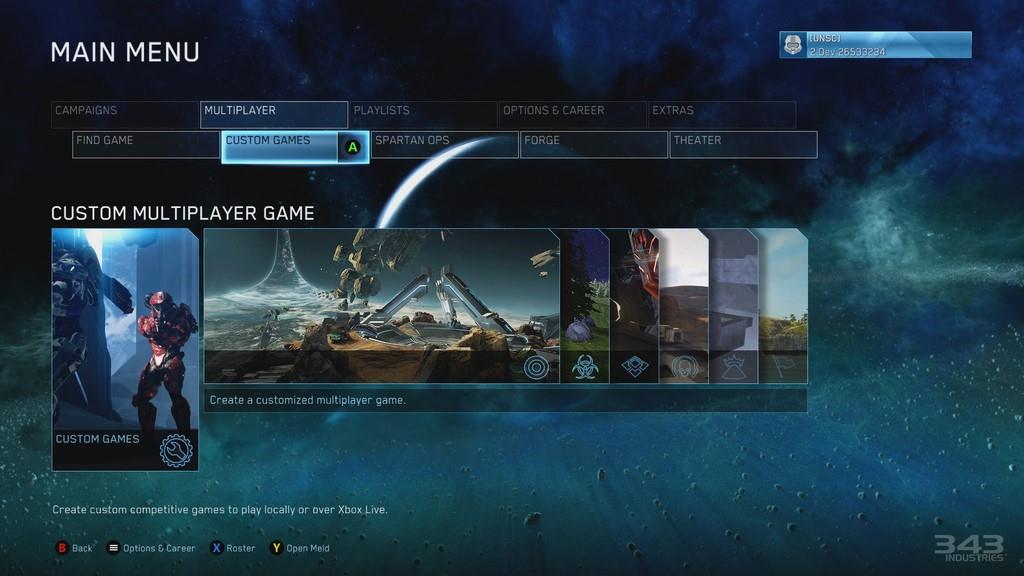 This is really one of the hardest games that I have ever had to review for number reasons. First off, I'm a huge Halo fan, which means I was very excited to see all of the game back as a compilation title. At the same time and have been very disappointed with the way this package has been put together. The single player campaign aspects just seem very plain to me given what other games have managed to do with remade versions of older games. The remastering of Halo 2 is a very admirable feet but it’s just one piece of this puzzle. If those same benefits have been added to the other games, then I might have enjoyed things a little bit more. As it stands now, it's just a prettier version of a game that I don't feel aged very well and three games I already had sitting on my shelf.

However, the multiplayer options, which is the cornerstone of the franchise, really take things to the next level. There is just so much to do here that it is mind blowing and as long as 343 keeps up with playlist support in the same manner that Bungie did, this could be a staple on every Xbox One system sold. Looking at everything as a whole, I don't think this is going to draw in any new fans to the franchise but it is definitely going to be the go-to game for Halo fans until the next, new chapter is released.

If it weren’t for the multiplayer options, The Master Chief Collection would have garnered a much lower score. The multiplayer suite is truly the saving grace of this package and worth the price of admission alone.