Peter Molyneux announced the name of his next game: The Trail. Steam Broadcasting is the new Twitch. And Ubisoft confirmed that 2015's Assassin's Creed Victory will take place in Victorian-era London.

Russell Archey, staff writer, @NeoScyther
After a long Thanksgiving week that saw pretty much no progress on much of anything gaming related (work and personal reasons for that), I'll be diving headfirst back into the Hoenn region for my upcoming review of Pokemon Omega Ruby and Alpha Sapphire, specifically the former. When it comes to the remakes I try to play the opposite of what I had when it first came out (i.e. I bought Sapphire on the GBA, so I went with Ruby for the remake). As always I picked the grass starter, so me and Treeko will be heading out to see how the Hoenn region looks on the 3DS. So far it's not too shabby. As for any other gaming that doesn't involve catching small creatures, I tried not to go broke during a Steam sale and somewhat succeeded. But I did pick up a couple of Castlevania games and recently started up Castlevania: Lords of Shadow – Ultimate Edition. While I typically have my reservations with 3D Castlevania games, this one I'm liking so far. Except for the camera controls—or the lack thereof. It doesn't help when you're trying to navigate a swamp and the camera decides to randomly rotate on you or change angles entirely.

Ben Berry, community manager, @Ben_M_Berry
Following the release of Star Wars VII: The Force Awakens trailer, and in anticipation of five new levels, and more importantly, new main storyline quests which the game has been sorely lacking for a while now, my gaming partner and I have returned to Star Wars: The Old Republic. The game stands up pretty well, even two years out. Voice acting, plotline, updated animations and additions make for a fun replay of the first 50 levels.

Nathaniel Cohen, staff writer, @seven_hells
At 95 hours in, I think maybe I just now unlocked the endgame for Dragon Age: Inquisition; however, I'm reasonably certain that there are more sidequests I haven't discovered than I've actually completed. I may never be through playing it, and if it ever becomes legal to marry video game characters, then Sera is going to have a shiny new ring to wear (that she probably lifted from the hand of some Orlesian noble). When I just can't any longer, I'll pop back into Far Cry 4 because the only thing better than combat on elephantback is combat on elephantback while wielding the Shredder signature weapon. It's a WWII vintage MG42 modified for mobile combat and fires armor piercing insta-win bullets.

Sean Colleli, staff writer, @scolleli
I'll probably be finishing up Captain Toad: Treasure Tracker. I'm glad that game has an ending, because it possesses that rare puzzle game-crack quality where it keeps you up until 3 A.M. I'll probably move onto Assassin's Creed Brotherhood in my grand replay of that series, and I'll finally get around to unlocking more courses and racers in Mario Kart 8.

Jeremy Duff, senior staff writer, @Duff3c
Now that the review rush of the Holiday season has drawn to a close, I can finally start digging into the long, long list of games sitting in my pile of shame (aka the games I haven't had time to play for fun over the past couple of months). I am going to go back and try to polish off the campaign for Advanced Warfare and dive back into Sunset Overdrive and check out the new, recently released weapons, for sure. Other than that, I think it is time to begin consturcting my own digital wrestling league within the Universe mode of WWE 2K15.

Cody Hamby, staff writer, chamby@gamingnexus.com
I'll be sucked back in Far Cry 4 this weekend, I'm sure, as I'm closing in on 75% completion. The rest of my time gaming will probably be spent working through the little backlog I have developed on console and PC. Steam just taunts me with all the unplayed games in my library.

Charles Husemann, editor-in-chief, @chusemann
This weekend will be spent with Sera, Iron Bull, and Dorian as we try to close the rift in Dragon Age: Inquisition. I've allied myself with the mages and I'm hoping to make a bit more progress this weekend. I might also spend some time with Gems of War, a new iPad addiction that's a nice evolution of the Puzzle Quest series.

Randy Kalista, staff writer, @RandyKalista
Time to settle into a nice, long role-playing game for the long, cold winter. Meaning Dragon Age: Inquisition, naturally. I've had consistent and pervasive audio and graphical problems during the opening chapter (on Xbox 360, not Xbox One or PlayStation 4). Hopefully the game gets itself together, and hopefully the BioWare offices start ordering pizzas and cranking out overtime pay for the folks patching the game for us last-gen schmucks.

Jeff Kintner, staff writer, @JKTerrezas
After completing Tales from the Borderlands, I feel so torn on what to play next. I'm tempted to pick Borderlands 2 back up, but I'm also thinking about getting The Pre-Sequel as a little holiday gift to myself. But seeing as how neither of those will feel the same as Tales, I might finally pick up a couple of point-and-click adventures that have been sitting on my backburner for a while. I've had Kentucky Route Zero installed with zero hours on it for forever, and for some reason I haven't played past the first episode of The Walking Dead.

Rob Larkin, staff writer, @Rob_GN
New PS4 arrived Monday, so I'll be putting all my free hours into my shiny new PS4 games. Time to start up a new career on FIFA 15, finally get to see what Shadow of Mordor is all about, and if I feel the need to shoot things, I picked up a copy of Killzone: Shadow Fall for £8 ($12.50). I think I'll hold back on The Last of Us for now. It was actually the last game I finished before packing up and moving to the UK, leaving the old PS3 behind. That games deserves a playthrough with no distractions. 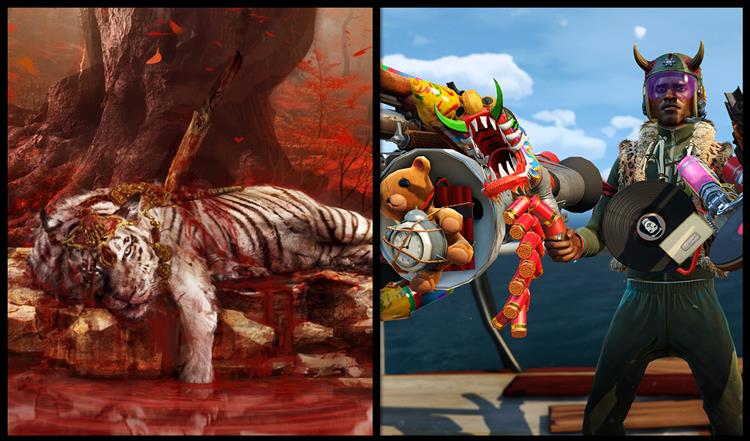