What We're Playing: This Inquisition of Mine

There's still time to collect your free copy of The Witcher 2 from GOG.com's Autumn Sale. Half-Life 2 turned 10 on November 16. And now there's Grass Simulator, a game with modes that let you both shoot cows andbecome a solitary blade of grass.

Russell Archey, staff writer, @NeoScyther
This weekend will mostly be spent taking my Super Smash Bros. skills from the 3DS to the Wii U.  As much as I figured I'd be pretty good with Mega Man, my best character on the 3DS is surprisingly Pac-Man, the one character that I had to scratch my head in wonder when he was announced. I pre-ordered the bundle with the adapter and GameCube controller, so it should feel like Melee and Brawl all over again. When I'm not smashing other Nintendo characters into oblivion, I'll likely be continuing my run through Borderlands: The Pre-Sequel with Jack's Doppelganger. As much as I questioned having another pet class in the game behind Wilhelm, he's surprisingly becoming my favorite character to use—and that's saying something for as much as I love using Nisha.

Sean Cahill, staff writer, @GN_Punk
I'm going through a rotation of Halo: The Master Chief Collection, NBA 2K15, and Final Fantasy XIV: A Realm Reborn. Needless to say, I do not have enough hours in a day to play all of the games that I want to.

Nathan Carter, staff writer, @natedoggcata
This weekend I will be off to Atlanta, Georgia, for the SMITE North American Championships. $50,000 is up for grabs and also a shot to go to the SMITE World Championships in January for a chance at $1,500,000+. Not a pretty bad prize pool, if you ask me. I will be covering the event as well and hope to get some interviews with the developers about the future of SMITE and some changes we may be seeing when the new season starts around February. After this weekend I will probably go back and play through Bayonetta 2 again because this is currently my game of the year. I can't remember the last time I had this much fun in a hack-and-slash type game. No matter how many times I play through each of the levels, I never stop having fun! Must... get... more... Platinum awards!

Nathaniel Cohen, staff writer, @seven_hells
It will be Thedas, Kyrat, and possibly Goodison Park (and whatever other Euro football cathedrals happen to pop up) for me. If you haven't yet ridden an elephant into battle in Far Cry 4, then I feel very sorry for you.  I may never again not fight from elephantback. When I'm not doing that, I'll be leading the Dragon Age: Inquisition into battle. Maybe not from elephantback, but horseback, elkback, and dracoliskback are all possibilities.

Sean Colleli, staff writer, @scolleli
I'm currently devouring as much Super Smash Bros. for Wii U as possible in order to review it by today, but I'll still be playing on the weekend, too. The stage editor is addictive all by itself—a huge step up from the one in Brawl, and one of the first really brilliant uses of the GamePad. It has me excited for Mario Maker, that's for sure. I also realized that despite the 40-or-so hours I've put into Far Cry 3 over the years, various HDD re-images mean I've never actually beaten the game, so hopefully I can finish it in anticipation of Far Cry 4.

Jeremy Duff, senior staff writer, @Duff3c
I will begin my road to superstardom this weekend in WWE 2K15 on the PS4. Even though a lot of people and reviews have complained about some of the modes and features taken out of the game, it has everything I am looking for in a WWE title. Aside from that, both Dragon Age: Inquisition and Far Cry 4 will be staring for me and demanding some attention as well.

Cody Hamby, staff writer, chamby@gamingnexus.com
I'll be spending my time with LEGO Batman 3 for the review I am working on, which is consuming me due to my completionist mentality. What other time I have will be spent finishing up the Call of Duty: Advanced Warfare campaign and working to get further into Assassin's Creed Unity. If time allows I hope to join up with my pro club Cartilage Free in FIFA 15 and work on my CAM more who is currently rated at an 85 overall.

Charles Husemann, editor-in-chief, @chusemann
It looks like my relationship with Shadow of Mordor is going to be a fling rather than a real relationships, as I'm really struggling with the game. This is truly a "It's me not you" thing as the heavy reliance on strategy and stealth doesn't really jive with my philosophy of trying to kill anything that moves. This results in being quickly overwhelmed by the Uruk hordes when I bite off more than I can chew. The game is fantastic but it doesn't really match my playstyle. I'll probably end up back in Destiny, grinding for ingredients to upgrade my armor and weapons ahead of the new DLC next month. I finally dinged level 26 last week, but want to hit 27 before tacking the Vault of Glass.

Randy Kalista, staff writer, @RandyKalista
I'm starting a slow clap for Assassin's Creed Rogue. It's got me sympathetic towards a Templar, rooting for the antiheroics, and shutting off the HUD once again through the streets of 1750's New York City. Main dude, Shay Cormac, is just weasley enough and juuust bleeding heart enough to pull this off. When the scenery and city life and templar'ing and yo ho ho'ing gets to me, I'll toss Red Faction: Guerilla back into the mix (thanks, Games with Gold!) and communicate my feelings with a sledgehammer, busting up environments that have never been more destructible before or since.

Jeff Kintner, staff writer, @JKTerrezas
I'll be picking up This War of Mine this week. I've heard it's an intense feels-train so we'll see how long I last. Other than that, I'll be hanging plastic over the windows in my bedroom to try and avoid sleeping in 20-degree weather. Not freezing to death is pretty high on my list of priorities.

Rob Larkin, staff writer, @Rob_GN
I really feel like starting a campaign this weekend and watching a story unfold, so I think I am going to dig into my Steam backlog of purchased and unplayed games to do just that. Maybe Metro: Last Light? Fable III? Maybe The Witcher II? Not sure. I'll also put some more time into Frozen Synapse Prime for an upcoming review, and the standard rounds of Hearthstone everyday to keep banking more coins in case any new content is announced.

John Yan, senior hardware editor, @TheJohnYan
I'm really pressed for time this weekend because of a few work projects, but I'll be doing my quick runthrough, trying to get a Starmetal Kukri ceremonial knife for my witch doctor in Diablo III. I'm also going to try some Battlefield 4 again since I haven't played that for some time and I might as well use the season pass I picked up a while ago. Finally, I think I'll pop in some Elite Dangerous and do some flying around the Milky Way. 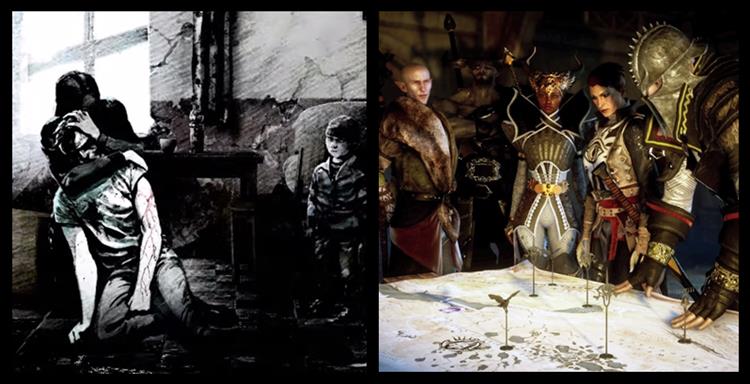