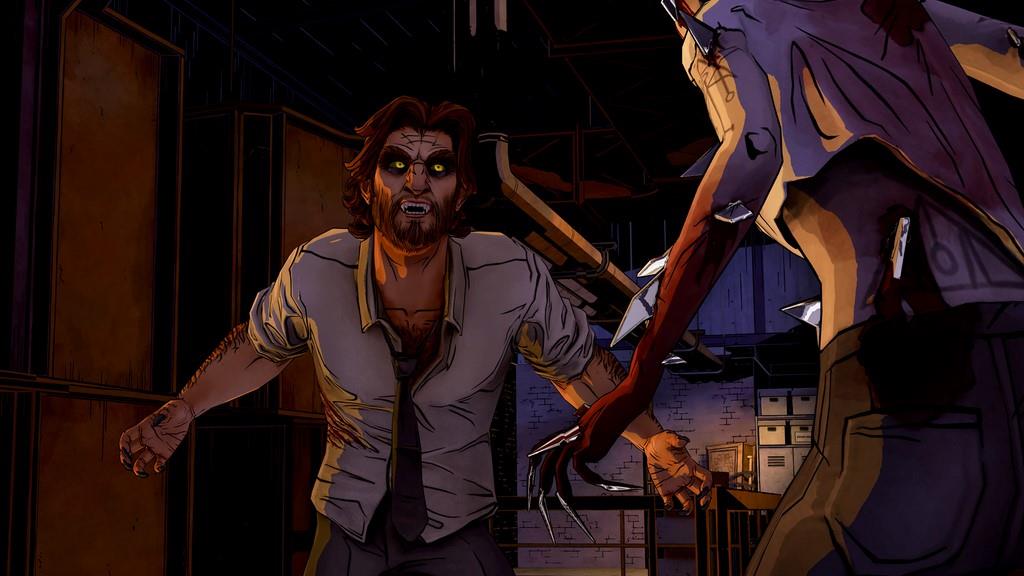 The Wolf Among Us Episode 5: Cry Wolf

Well, the season finale of The Wolf Among Us is here. It's been a long, emotional ride, and we're at the last stop, and Telltale is keeping you on your toes up to the very end. If you've been waiting for the season to be finished before you buy into The Wolf Among Us, go get it. Now. If you've been waiting to read reviews to see if it's worth it before getting it, I'll give you a brief summary of this article and the previous four reviews: STOP LOLLYGAGGING AND GO GET THE WOLF AMONG US. What are you waiting for!? Go on, git!

Just a heads up- I'm not going to be talking about just the season finale in this review, I'll be talking about the whole game. So there's going to be some spoilers. If you're worried about that sort of thing, you could always read my reviews for Episode 1: Faith, Episode 2: Smoke and Mirrors, Episode 3: A Crooked Mile, and Episode 4: In Sheep's Clothing.

Holy crap you guys. This episode. It was probably the best one of the series, or at least my personal favorite. Which is a good quality to have in a finale. When we last left Bigby, he had just set foot in the Cooked Man's office, and if you were a cool cat like me, you lit a cigarette and stared at everyone in the room contemptuously. This episode opens with the same scene, with the crooked man calmly talking about his innocence, and Bigby biding his time to take everyone in. The negotiations go about as well as you would expect, and the game quickly moves on to several series of quicktime events. Cry Wolf has a bit more gameplay devoted to combat and action-focused quicktime events than the other episodes, but what else would you expect from the final episode? I wasn't a fan with how the quicktime events were handled in Episode 3 when we originally encountered Bloody Mary, so I was pleasantly surprised with how well they were handled in this episode. The timing and button combinations were more natural this time around, and they had an appropriate sense of urgency behind them. The events come at you a lot faster and demand more of you to keep you focused, instead of just having you hold a button to walk forward while getting shot at.

After all of the action, we arrive at the climax of the season, the trial. There have been little moments throughout every episode to remind you of the choices you've made so far. Beauty or Beast will snarl "I trusted you!", a character whose life you saved will speak up for you, or someone will note the absence of someone you let go- but the trial is the official airing of Fabletown's grievances. All of the pent -up frustration and resentment that's been visibly building up inside the residents since before Bigby strolled into Mr. Toad's tenement building gets thrown at you. The choices you've made, the clues you found or missed, the lives you saved or taken, and the bruises you've earned and left have all been leading up to  this moment. It's a heavy trial, so I hope you're confident enough in the choices you've made so far to back them up. 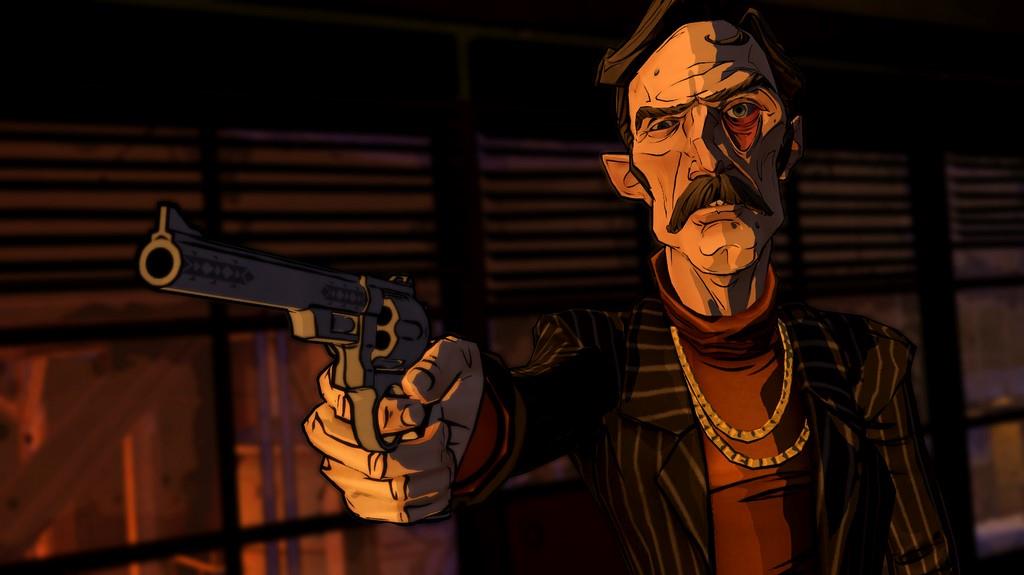 As great as the first two segments of the finale are, the real gem is the denouement.  There's a reveal at the end that completely pulls the rug from under the entire story. It's a nice, tender ending that had simultaneously pulled at my heartstrings and dropped my jaw to the floor. After this episode, everyone I've spoken to has been clamoring for a second season to The Wolf Among Us. Telltale certainly left some room for themselves to continue the story- there were a surprising number of 'X will remember that's in this episode for it being the last one. But in all honesty, I love a good ambiguous ending. I wouldn't be disappointed Cry Wolf was it. Don't get me wrong though, if Telltale announces that there is going to be a second season, I'll be cheering as loud as everyone else.

The Wolf Among Us has been a beautiful and faithful adaptation to Bill Willingham's Fables series. If you liked this game, you really owe it to yourself to continue the story. Bigby and Snow's character arcs alone are worth it- and there is so much more to the story than just them. As of this writing, issue #142 is the most recent, and since the series is ending with #150, you should pick up those trade paperbacks sooner rather than later.

Overall, The Wolf Among Us has been an amazing experience. While the gameplay and layout are nearly identical to The Walking Dead; the tone, story, and artwork take The Wolf Among Us out of its predecessor's shadow and give it a permanent place at its side as a prime example of expert storytelling in gaming- with the side effect of the two games being cursed to forever being mentioned in tandem. I know I already said this up top, but if you haven't already started playing The Wolf Among Us (or The Walking Dead for that matter) you need to get on it ASAP.