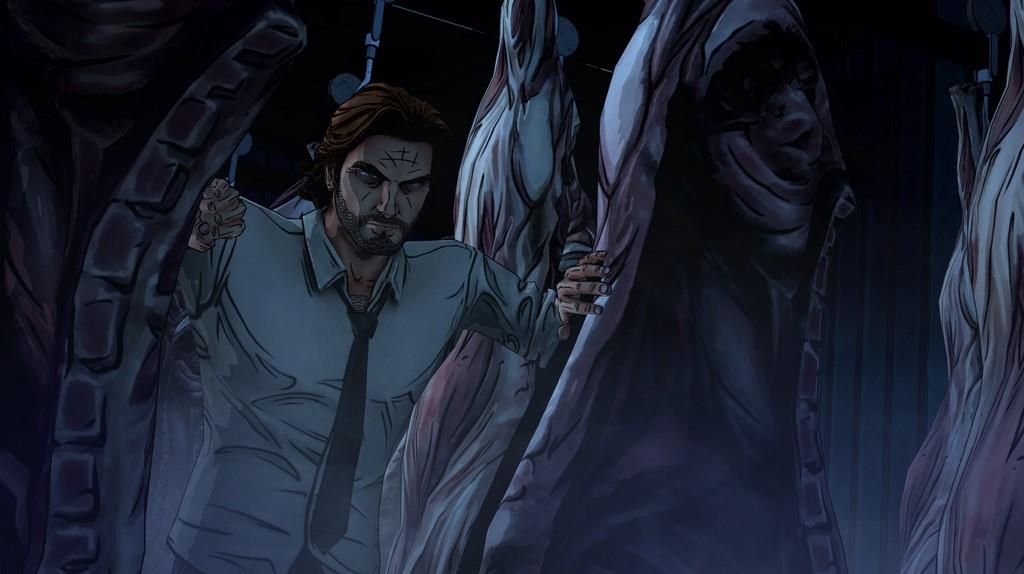 The Wolf Among Us: In Sheep's Clothing

It's almost over. The fourth episode of The Wolf Among Us is here. Only one more brief foray into Fabletown before the curtains close on the tale of The Big Bad Wolf's fight against the forces conspiring in the dark corners of the community. After finishing "In Sheep's Clothing" I realized that the last three episodes have been like waiting in line to get on the Demon Drop. After three episodes of getting an establishing shot of the ride, watching people drop, hearing their screams and anxiously awaiting your turn, "In Sheep's Clothing" finally puts you in the cage. Your stomach knots itself in anticipation as the cabin takes you higher and higher with each metallic click, revealing more of the park as you ascend, but all you can think of is the fact that the more you can see, the fartheryou have to fall. And then the clicking stops. A brief pause. The brakes release. "Next Time on The Wolf Among Us".

I won't spoil anything for Episode 4, but for those of you who care about spoilers, here is the obligatory Spoiler Warning for the previous three episodes. For those of you who don't want to read on, you can read the spoiler-free TL;DR at the bottom, or check out our reviews for Episode 1: "Faith", Episode 2: "Smoke and Mirrors", and Episode 3: "A Crooked Mile".

"In Sheep's Clothing" starts out with a scene that wrenches your gut, and it keeps it twisted up until the episode ends. The events of the previous episode left a lot of fallout for you to deal with, and while this episode isn't nearly as action-oriented as "A Crooked Mile", it does a great job of keeping the plot moving while revealing the consequences of the decisions you've made over the last three episodes-as Telltale loves to do. In fact, "In Sheep's Clothing" is a melancholic episode compared to its predecessors. Themes of loss and regret are laced throughout- Bigby is reminded of all the times he was too pragmatic, letting the laws of Fabletown fall by the wayside so he could get answers; or when he was too soft by not putting the fear of the law into his suspects. Or maybe I just happen to play Bigby in a way that he regrets most of his decisions. Either way, I'm expecting to confront the Cooked Man next episode and have him retort with a "We're not so different, you and I" speech.

Throughout my reviews for The Wolf Among Us, I've been gushing about how great the story is- and it continues to be an amazingly well-written game. But instead of just repeating everything I've already said about the narrative, I want to talk about the strong characters that carry the story on their backs. As you know, The Wolf Among Us is a prequel to Bill Willingham's Fables series. So far, it's has given us a presentation that's hit the perfect balance of staying true to the source material and bringing in new, original characters. Their Bluebeard is an entitled jerk, Jack is an unctuous charlatan, and your heart can't help but bleed for Flycatcher. In fact, Flycatcher is on screen for less than two minutes, and as of this writing 96.3% of players offered him a job at the business office in Episode 3. Granted, Flycatcher is all-around lovable character in the comics, but I'm willing to bet a lot more than 3.7% of players are new to the Fables Universe and don't know what's in store for him. 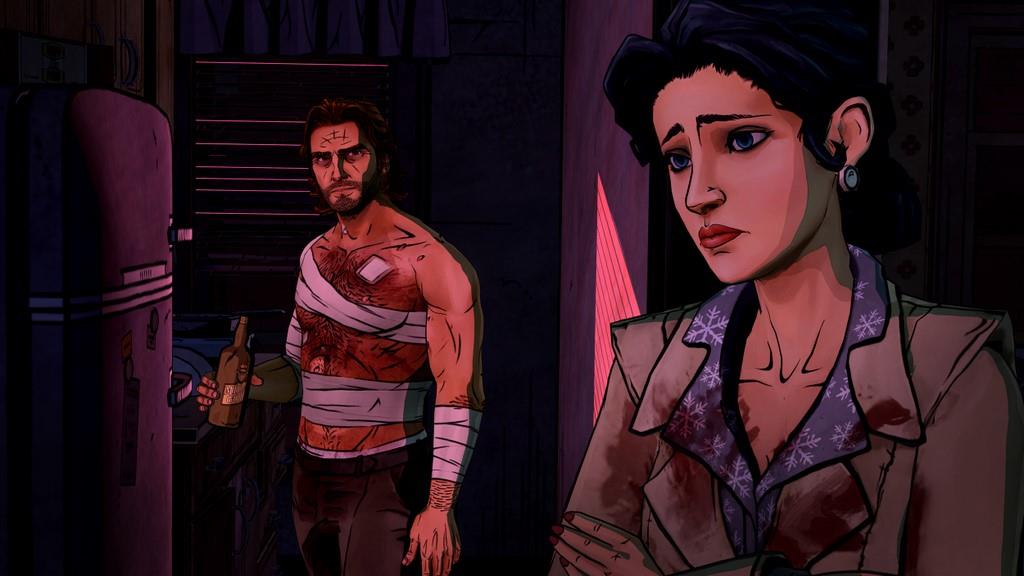 Telltale has a skilled hand at using voice acting, character models, and context to galvanize the audience's opinion of a character. Their new additions to the Fables Universe are just as compelling as the established icons- Bloody Mary has about as much screen time under her belt as Flycatcher, and I'm absolutely terrified of her. In this episode, on two separate occasions you're faced with a choice that decides the fate of two minor characters. One already has an established story while the other is a Telltale original, and they're equally tough choices to make. We're presented with four new characters in this episode, and one of them was an instant favorite of mine because of how satisfying it was to punch him in the face. Also, I don't think I've commented on it yet, but the voice acting in this series has been phenomenal. Especially the work done by Adam Harrington (Bigby, The Woodsman) and Erin Yvette (Snow White). I would gladly give Vertigo all of my money to have the cast of The Wolf Among Us do a reading of the Legends in Exile and Animal Farm story arcs.

"In Sheep's Clothing" is easily my favorite installment in the series so far. it's melancholic and retrospective without sacrificing plot development. There's a nervous energy to it that keeps you on your toes and leads to a cliffhanger that will have you clamoring for the next episode, even though you don't want it to end.