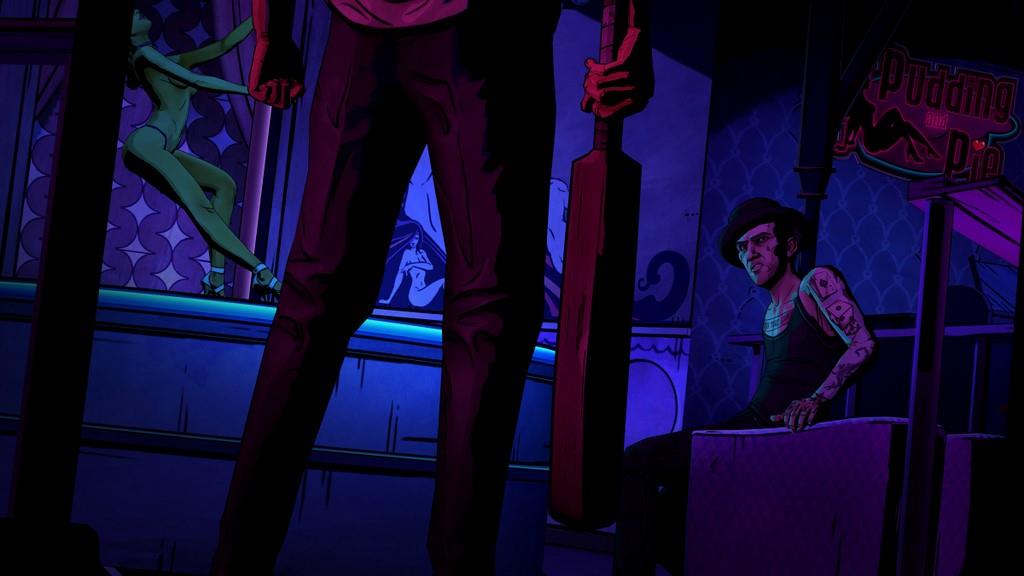 The Wolf Among Us – Episode 2: Smoke and Mirrors

Four months after the release of Faith, the sophomore episode of The Wolf Among Us has graced us with its presence. Smoke and Mirrors is about half an hour shorter than the first episode, but it doesn't waste a second of its brief run time. Smoke and Mirrors gives us an unapologetic, unflinching look into the darkest parts of Fabletown, firmly establishing The Wolf Among Us as a morally ambiguous, sexually charged noir.

For the uninitiated, The Wolf Among Us deals with a lot of adult subject matter. The second episode takes you even further down the rabbit hole- you're going to come face to face with some really dark stuff. I love seeing Fables getting caught in these horrible situations. In a way, they are serving the same purpose in this story as they did in their original fairy tales. I don't mean the Disney-fied cartoons where princesses always get rescued and the bad guy gets what he deserves; I mean the twisted Brothers Grimm tales that teach you not to talk to strangers by killing a little girl. Or, you know, forcing her into prostitution and getting her addicted to heroin.

I have friends that are doing a "pure" run-through where they only have one save file and avoid spoilers like they're a freshly-opened Ark of the Covenant. This way, they can only experience the story through one perspective. I, on the other hand, want to take in as much of the story as I can. So I have two playthroughs: an honest game where I go with my first reaction to everything, and a second playthrough where I do the opposite of whatever I did the first time. The story is largely the same in both files, but the narrative is completely different, especially in how other characters relate to Bigby. In my first game, Bigby just wants to be loved. He's a man with a rough past and a quick temper. He tries to be a nice guy, but whenever he gets pushed, someone gets hit. Second Bigby is a jerk. He can keep his cool, but he spews insults and vitriol at everyone he meets. Even if he cares for someone, he's simultaneously possessive and insulting towards them. It bears mentioning that these aren't the only two ways to play Bigby, nor does every scenario only have two outcomes. In fact, there's rarely a right or wrong way to do anything. You can handle a situation poorly, sure, but it won't prevent you from continuing the story, or suddenly turn you evil. 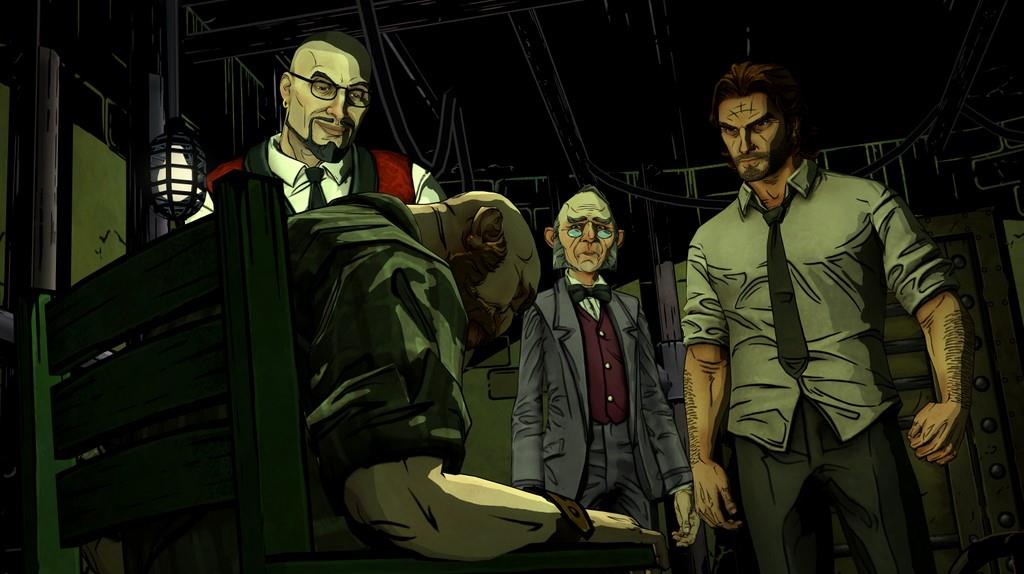 Speaking of good and evil, Wolf Among Us has a refreshing take on morality. In a lot of games, morality is a measurable currency. Your character is placed on a good/evil (paragon/renegade, Jedi/Sith, etc/etc.) bar, and your actions nudge you towards one extreme. At the beginning of the game, you normally decide "Alright, I'm going to be evil!" and from there, you're a static character that always chooses the options that lie, cheat, and steal. What I love about The Wolf Among Us is that it takes a pragmatic stance to morality. You are given a character that can offer someone a cigarette as easily as they would break a glass over their head. You can look at a recap of his actions, but you aren't given an arbitrary measure of his morality. Because of the nature of video games, the story can only go in one direction. One way or another, the case will be solved and the mastermind will be revealed. But the narrative on the way to the inevitable conclusion is extremely fluid, and a lot of the situations are open-ended. Sure, you can make Bigby a bipolar sociopath if you want, but under normal circumstances, you can see the conflicting forces inside his head and it makes him more of a three-dimensional character.  The choices you face as Bigby bring up a lot of philosophical questions. It doesn't just make you ask if what you are doing is right or wrong, It makes you wonder what practices you are willing to implement to do the right thing. If you're too soft, will you miss an important clue? When is violence justifiable? Do the ends always justify the means?

As much as I loved episode two, I had some problems with the way Ichabod Crane was presented, his personality seemed to undergo a huge switch between episodes. In Faith he was sharp and demanding, but in Smoke and Mirrors he's not so much antagonistic as he is cowardly and maligned. But I guess that's who they needed him to be at this point in the story. In this episode we also meet Bluebeard, who is every inch the arrogant bastard I wanted him to be; and Georgie Porgie, who brings arrogance and bastardy to a whole new level. Seriously, why did Telltale even waste time coding options that don't hit him? Episode three could just be Bigby mercilessly beating the crap out of him for two hours, and I'd be okay with it.

Like Faith, Smoke and Mirrors ends with a cliffhanger. To be perfectly honest, the longer I sat with the ending to Faith, the more it disappointed me. Since The Wolf Among Us is canon and I know that Snow White is alive in the future, seeing her severed head was debased for me. You know it's going to be resolved almost immediately, it's just a question of how it happens — sort of like a commercial break in an episode of The Dukes of Hazard. But the ending to Smoke and Mirrors involves characters the series isn't as familiar with; it can go in any direction. So instead of impatiently waiting for the next episode to resolve the inevitable, I'm stuck with genuine suspense and dread. Thanks a lot, Telltale.

While Smoke and Mirrors is a little on the short side, The Wolf Among Us continues to impress with its story-driven gameplay that adapts to your previous decisions in unexpected ways. The story gets even more sinister and takes us to the darker parts of Fabletown, which is saying something, since episode one opens with The Woodsman beating up a prostitute in a run-down tenement building. Even if you've never heard of Fables before, if you're a fan of noir fiction and like a healthy dose of mysticism, you should be playing The Wolf Among Us.