According to Steam tracking website Steam Charts, Valheim hit a 502,387 concurrent players peak on February 21, 2021. That puts Valheim in quite an exclusive club with only four other games exceeding 500k concurrent players: DOTA 2, CS:GO, PUBG, Cyberpunk 2077. It’s worth noting this only takes PC Steam data into account.

It’s pretty awesome to see a game in early access from a small development team do so well. Whilst you’re here, check out our own John Yan’s awesome video on his experience trapping a troll in Valheim. You can also check out the Valheim 2021 Roadmap to see what updates are coming to Valheim this year. 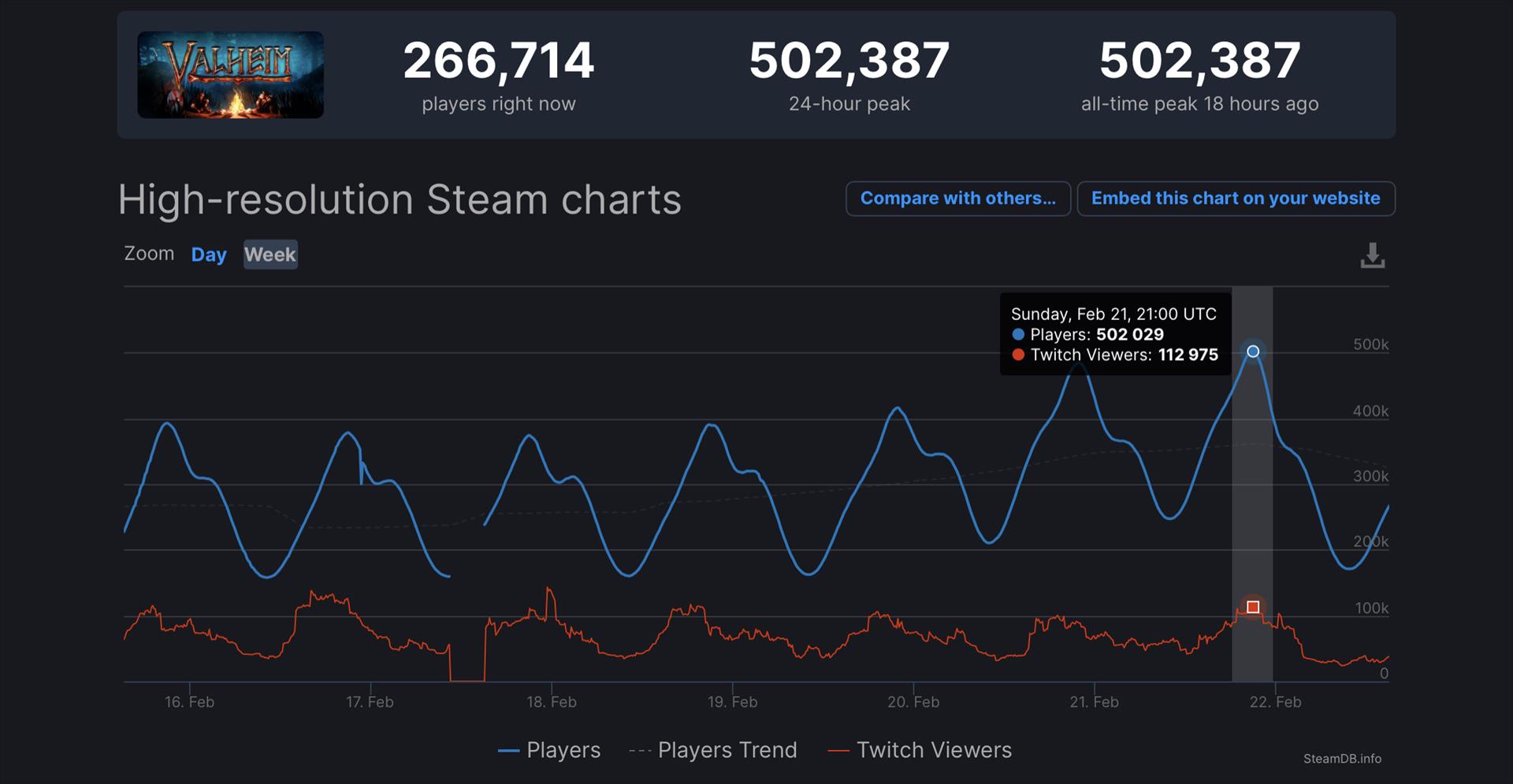