Valheim Roadmap: Everything planned for 2021

Valheim is is a brutal exploration and survival game for 1-10 players, set in a procedurally-generated purgatory inspired by viking culture. It’s also the rising star on Steam, despite being in Early Access. Fans will be glad to know, however, that developers Iron Gate AB have a whole roadmap of content planned for 2021.

It’s difficult to read much from the four ‘major’ updates other than their titles. Thankfully, PC Gamer interviewed Henrik Törnqvist, co-founder of Iron Gate Studios, and managed to get a few extra details on the new content.

Update 2: Cult of the Wolf: "will be an update that focuses on exploration and combat with hopefully some some new fun and different encounters for the players."

Update 3: Ships and the Sea: "will bring in some ship customization and try to flesh out the ocean biome a bit more. Since it's not not as populated, I guess you could say, as the rest of the land biomes, so we want some more stuff to do out in the ocean."

Update 4: Mistlands: "So it will be new enemies, new items, a new boss, new resources, everything, and that's what we have planned for this year. So yeah, that's quite quite a big task, but we will accept the challenge, so to speak." 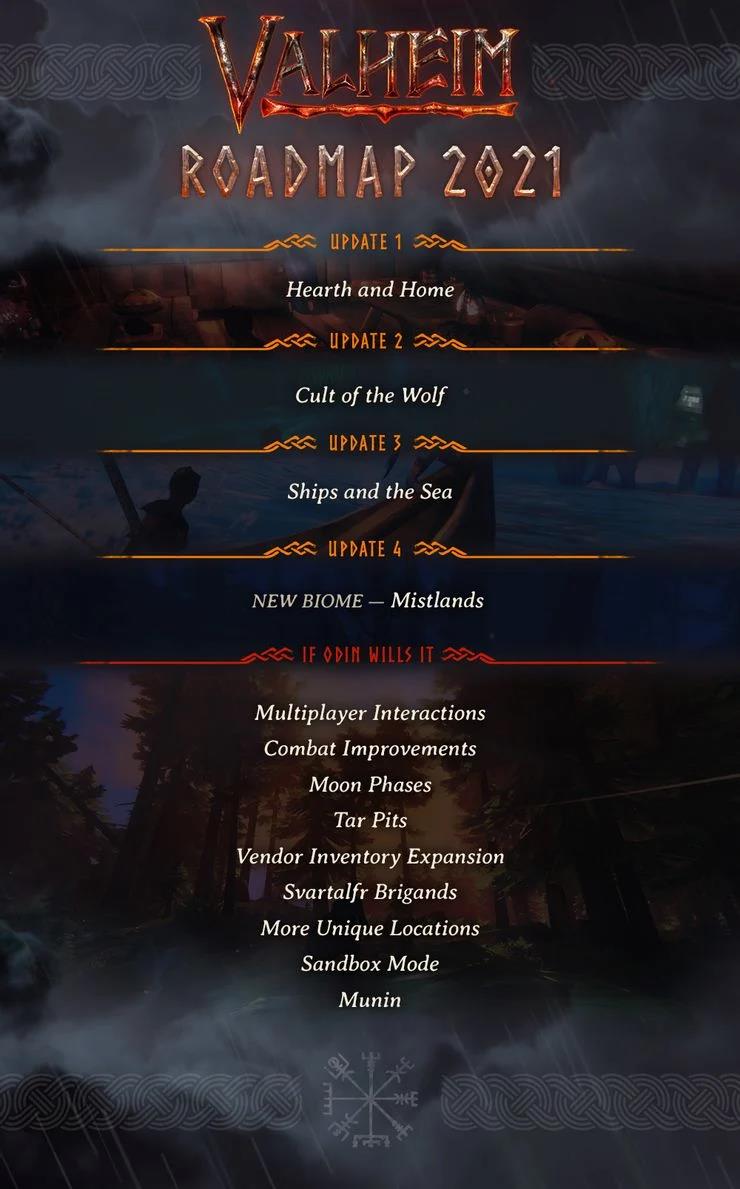