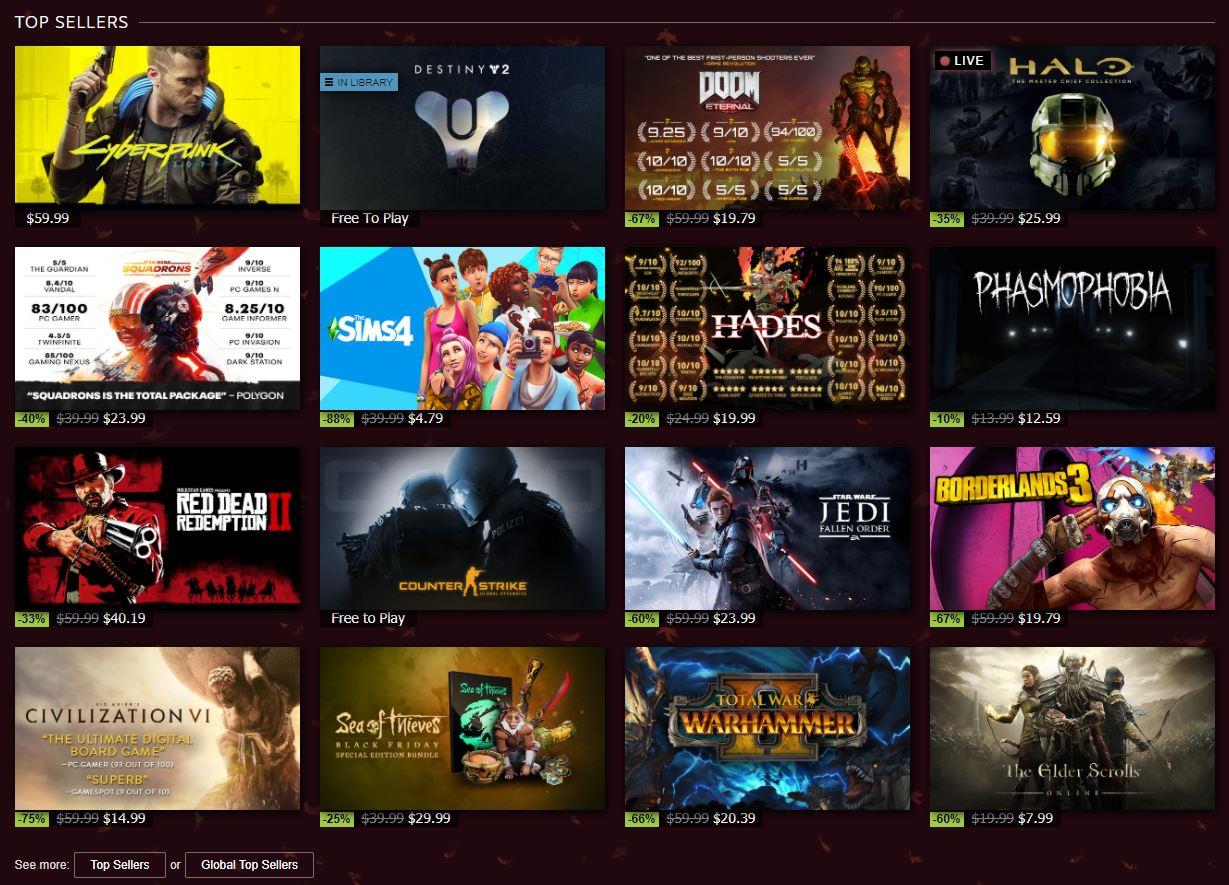 While launching a new generation of consoles is certainly a defining feature of 2020, the enormous seasonal sales from Steam are—along with Daylight Savings and tracking the moon's cycles for planting corn—a way of marking the passage of time through the year. While it's tempting to take a Mulligan and try 2020 over again, and while it's equally tempting to fast forward through it all and shake the ol' Etch A Sketch on New Year's Day 2021, there's also good reason to slow down today to give you time to cull your Steam Wishlist, see what to add to your library or what to delete from that list, and do what video gaming heroes can do during Pandemic 2: Electric Boogaloo—and that's play games.

But hey, while the government was pretty good at getting that first stimulus check out there, it's now obvious that's all we were going to get out of them for now. If you've still got your $1200, then you did better than I did, and you might need a little advice on what's really good in that Steam Sale before you go throwing money at another waste of time. We've reviewed most of the games on Steam's current best sellers. See if any of these current best sellers pique your interest:

We can't possibly link you to every single video game in the Steam Autumn Sale, but wanted to throw some scores at you for those top sellers. They all happen to be good, so you can't go wrong with them. Now it's just up to you where to spend that pre-Stimulus Check #2 money before you even get it. Only got a bout 23 hours left. Slow down 2020 just long enough for you to catch a good deal.