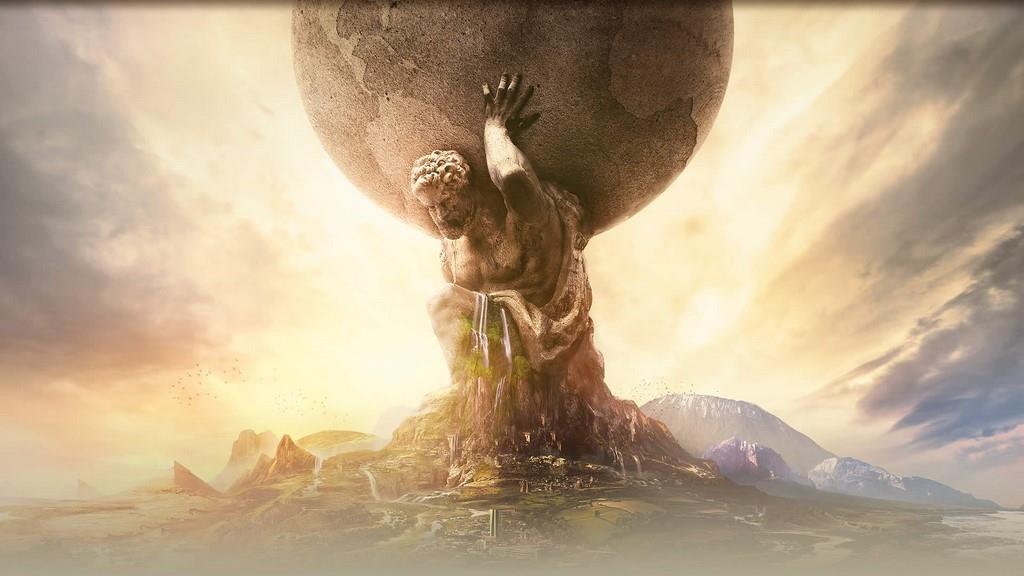 The first thing one will notice upon starting up a game of Civilization VI is the graphics. They are brightly colored, almost cartoonish in some aspects. This is definitely a departure from previous versions' muted approach, more along the lines of “Civilization: Revolution”. Whether this was a good move is up for debate, but you might as well get used to it – the interface is meant to keep you looking at the map most of the time. An interesting feature is the addition of map “lenses” which allow you to view various non-physical influences on the map such as government type and attractiveness. Also new is a good-looking strategic view for when one wants the big picture.

The map view is even more important with the unstacking of cities. Each city now sprawls across the landscape rather than being concentrated in a single hex. This is accomplished by the addition of districts, each of which takes up an entire hex on its own. Each city gets a City Center district for free upon founding, but will have to build additional districts in order to gain access to the specialized buildings they support. Want a University? They can only be built in a Campus district. Similarly for Markets and Commercial Hubs, and Factories in Industrial Zones. In all, there 12 different district types, each with its own purpose.

An interesting feature of districts is that it matters where they are. For example, a Campus provides extra science when placed next to mountains or a rainforest. This carries over to the buildings within a district, also: a factory will provide bonus production to all city centers within 6 tiles. Maximizing the adjacency and area bonuses of districts and their buildings can make for a minigame all on its own. Wonders are also considered districts, of a sort, as they also take up a hex.

Happiness is now controlled by Amenities, rather than empire size. Various things count as Amenities – Luxury Resources (citrus, incense, spices, etc.), entertainment (zoos, stadiums), some Wonders, a few religious beliefs – but they all center around keeping your people happy. Keep them happy, and they will work and reproduce. Unhappy people will do neither, and may revolt. An Amenity is required for each 2 citizens in a city. Some Amenity generators (for example, a Zoo) only provide Amenities to nearby cities. Luckily, the game engine keeps track of how many Amenities you have and how they can be best distributed, so you can concentrate on finding or trading for more. 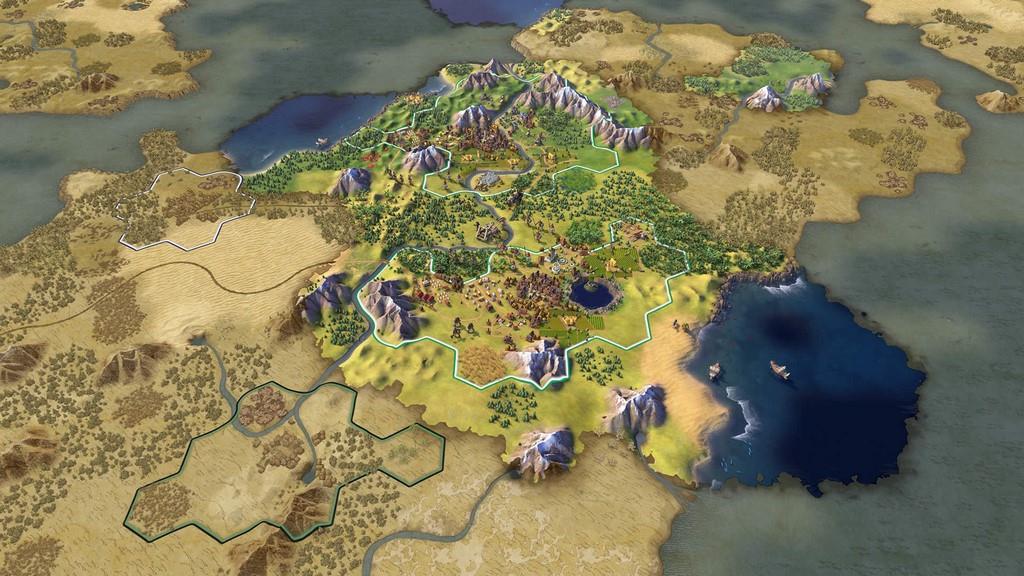 Trade routes are back. Domestic routes concentrate on food and production, while international routes provide ready cash. In an interesting mechanic, exactly what a route will provide is influenced by what districts a city contains. If you trade with a city that has an Entertainment district, for example, you will receive 2 more food. Trade routes have two other, non-commercial, benefits. First, rumors travel along trade routes – you will receive popups informing you of other civilizations' activities. Second, and more importantly, trade routes create roads. In the early game, they are the only way to do so.

Wait! If traders are creating roads, what are your workers doing? Well, they have changed their name to Builders and work differently. In particular, each Builder is creating with a set number of charges (3 by default). Every time a Builder does something (create a farm, dig a mine, etc.) one of those charges is used up. When a Builder has no more charges it is used up and disappears. Your mileage may vary on this feature, but it does what the designers wanted – forces the player to make decisions rather than relying on autopilot.

Eventually, there will be war. The basic mechanics are the same as Civ 5 – one unit per hex, ranged units firing over melee. Spreading the city districts out makes a different style of attack profitable – it is worth it to just run around pillaging things. The big change is in the way that war is declared. Civ 6 has added the idea of a Warmonger penalty – if you just up and attack another civilization, the other leaders will be very upset with you. It is best to have a good reason – a casus belli. These include such hits as "holy war" and "liberation". In general, as time goes on, diplomacy becomes more complex, and it gets harder to run amok without the other leaders attempting to reign you in. 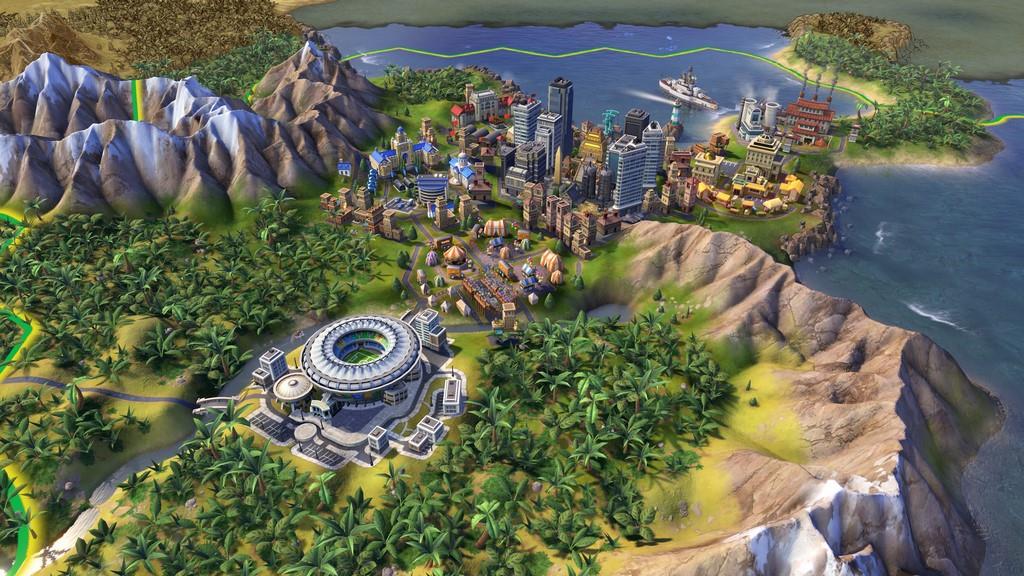 If direct confrontation is not your style, you could always try for a Religious victory. Get your own religion, and then recruit special religious units such as Missionaries and Apostles. These units can travel to other nations' cities and convert them to your religion. This may provide bonuses to your side (depending on what characteristics you chose when founding your religion), but it is also one of they ways to win the game. If you get tired of foreign religions converting your cities, you can recruit your own religious units to fight them. The animation is cute, with much gesticulating and lightning bolts. This can be done while not being at war, so serves as a sort of asymmetric combat.

So what's not to like? Some areas require too much micro-management: there is constant nagging to reconfirm trade routes and spy missions that were just fine the way they were. The interface is too busy – one will spend too much time zooming into the map to see what is hidden behind a city name. Getting a bunch of rumors turns the main screen into a series of text boxes, obscuring the map itself while the player is attempting to strategize during the AIs turns. The casus belli mechanic interacts badly with the "hidden goal" mechanic, making it seem like every other nation hates you all the time for no discernible reason. The game itself is buggy – this reviewer has rarely been able to finish a game and return to Windows, as opposed to needing to reboot the system. And what happened to the "Sentry" command? 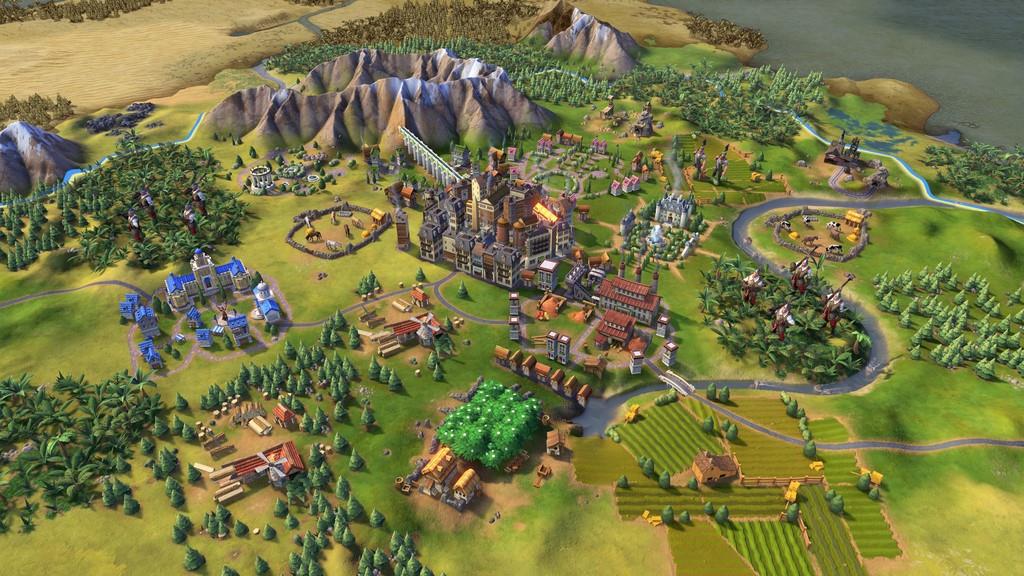 Probably the worst problem, however, is the religious combat system. There is nothing worse than having a different nation find you, and then unleash 2 dozen or more religious units. Sure, one can fight them all, but religious combat is boring. Even in normal times it is an annoying game of whack-a-mole.

But I come not to bury Civ 6, but to praise it, or at least recommend it. If this is a game with many faults, they are overshadowed by its many virtues. There is just not enough space in this review to enumerate all the features that have been added or polished.

In summary, this game will eat all of your free time. If you like strategy games even a little bit, just go out and buy this one already. Lesser games will be stealing ideas from Civ 6 for a long time.

Civilization remains the preeminent turn-based strategy game. This iteration has a lot of good ideas and a few flaws in execution. The flaws will be fixed, the good ideas will stay and deepen over time.