With E3 now in the rear view mirror, and Microsoft having announced their combined Xbox Live/Xbox Game Pass subscription called Xbox Game Pass Ultimate, we now have the first release of new games under that combined banner.  The Xbox Game Pass twitter posted this morning the news that four titles will be coming to Game Pass for either console (Resident Evil Relevations, Rare Replay), PC (Torment Tides of Numenera) or both (Goat Simulator). 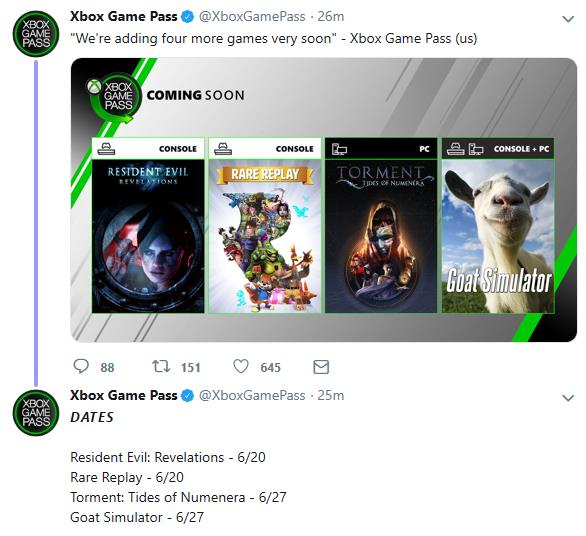 Below are the release dates and GN reviews for each of the titles: 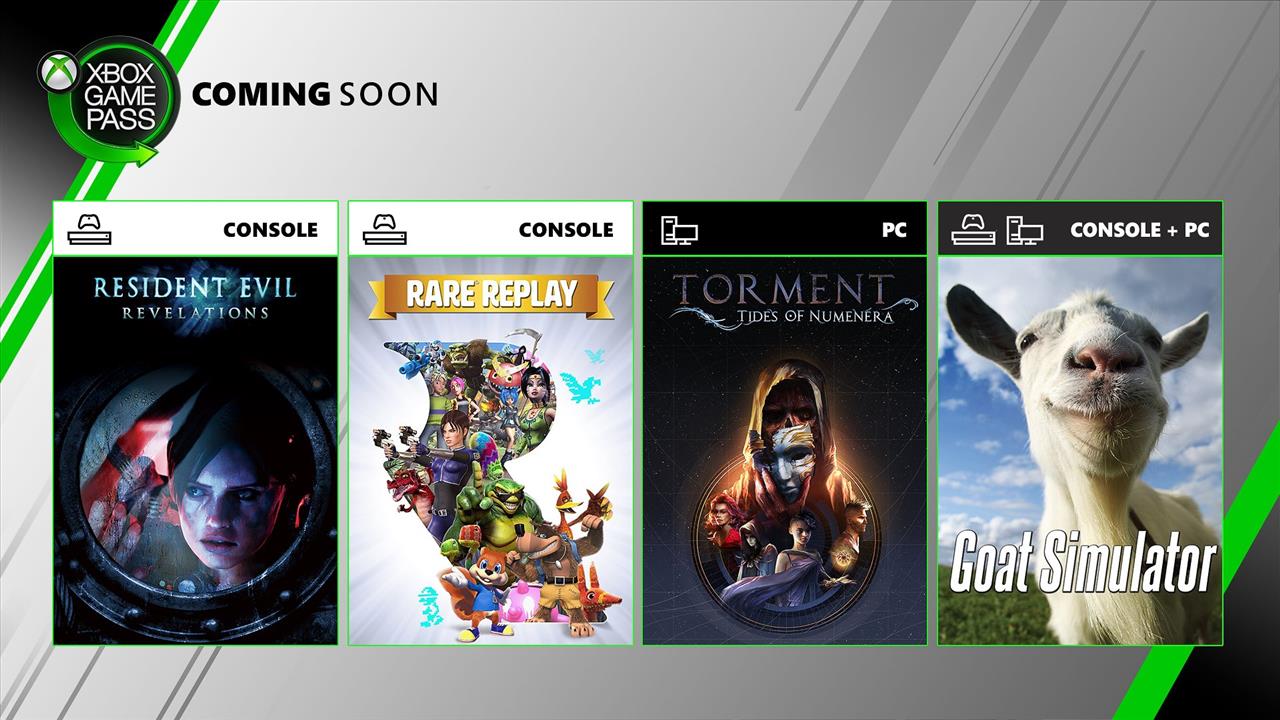 Per Major Nelson's blog post, there will also be several games leaving Xbox Game Pass for console in June, here is the list:

So if you really want these, use the 20% off to purchase before they revert back to full price.