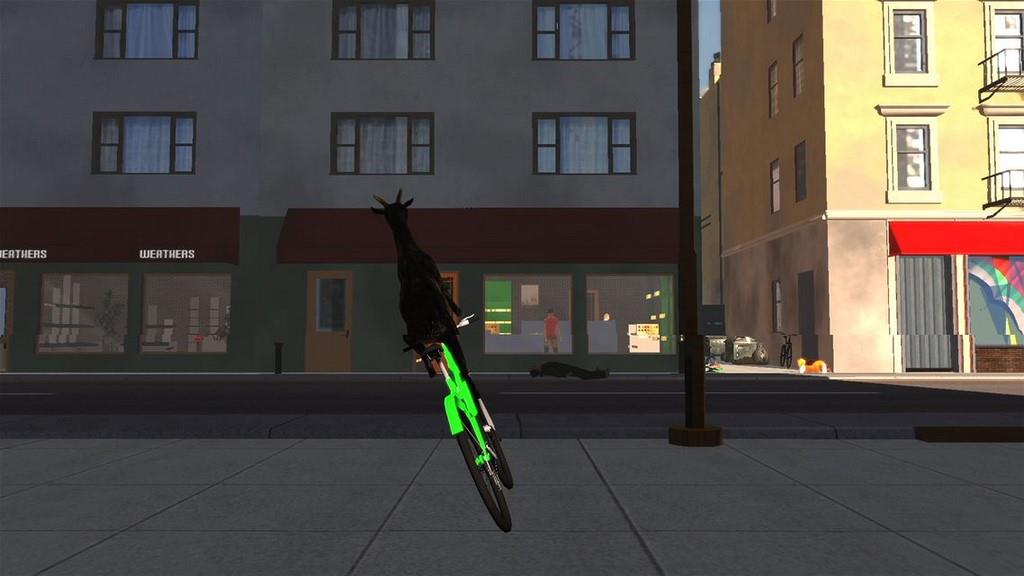 Written by Chapel Collins on 5/21/2015 for XBO
More On: Goat Simulator

Goat Simulator is a game that knows exactly what it is, and that is one of the most important things to know going into it. It's a totally on-point satire of games as a whole, and it absolutely nails the tone and sense of humor it's going for. Being hilarious is not enough to make a game great, though. I always think of Borderlands as the shining example of how to do a comedy game. The comedy aspects of Borderlands are fantastic, but what makes the game itself fantastic is that the gameplay is just as good. My main concern going into Goat Simulator was that it wouldn't have enough gameplay for the humor to build a foundation upon.

And to my surprise, it actually kind of does. I knew nothing about Goat Simulator other than what I had learned from the countless, obnoxiously vibrant thumbnails on YouTube from the equally countless YouTube gamers who made videos from it. This led me to believe that it was going to be another of the seemingly infinite indie games that have barely any content and are only cobbled together so that PewDiePie can play it for 20 minutes and get millions of views. I was pleasantly surprised to find that Goat Simulator is sort of a real game, albeit a very small one that gets old pretty quickly and is way too heavily based on easter eggs.

Goat Simulator's gameplay is essentially a mash up of Tony Hawk's American Wasteland and that Insurance Fraud minigame from Saints' Row. You're turned loose in one of two areas, a suburb and a coastal city, and are meant to wreak as much havoc and do as much weird stuff as you can find, building up combos and earning points from tricks, destruction, and discovering things. Both of the areas are very small, but are pretty packed with attractions, the suburb one more so for sure. There is pretty much something to do or discover in every part of the map, and discovery is definitely the biggest part of Goat Simulator's gameplay. I found that everything I did was a string of "what happens if I do this?" moments that more often than not led to something that either made me laugh or surprised me in some way. There's really no predicting where this game will take you, which is great; you'll orbit the planet, sit on a throne, and more that I won't spoil for you.

The problem is that between and after these discoveries, there is really nothing to do at all. The first hour or two I played the game was a blast; one thing constantly led to another and it was so much stupid, silly fun. But because everything is so small, it really doesn't take long for you to discover all of the easter eggs, which is what most of this game is. There are challenges for you to complete, but they aren't particularly fun once you've done about half of them. Goat Simulator is like those bubblegum balls you get from machines at restaurants: it's absolutely delicious, and then very suddenly there's no flavor at all. 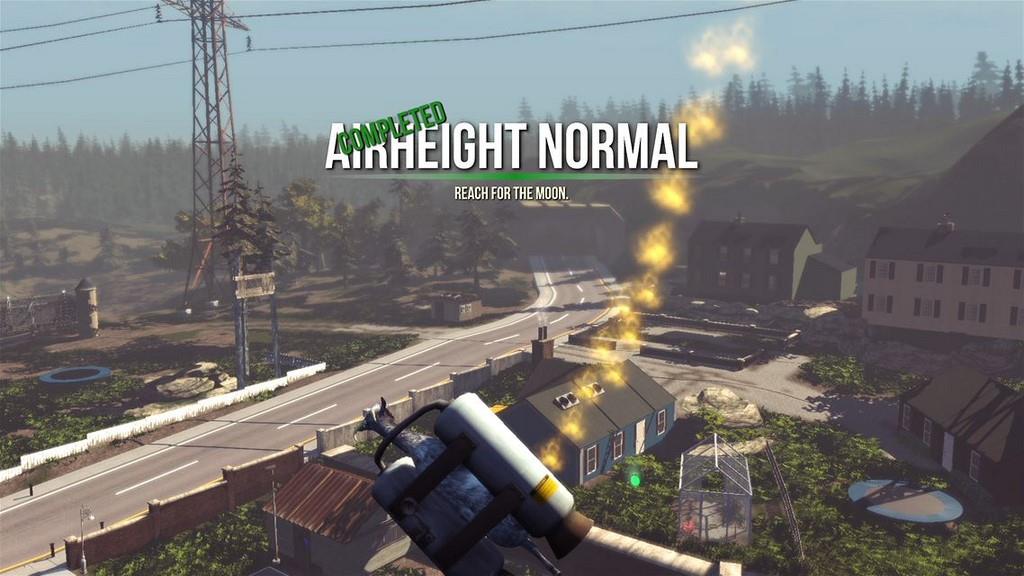 Goat Simulator also has a split-screen cooperative mode, but I was disappointed to find it really didn't add as much to the irreverence as I thought it would. There isn't anything for you and your co-op partner to do together; it really just boils down to you both playing the same game at the same time while sitting next to each other. It would probably be just as much fun to watch your friend play it as to play with him, that way at least you would be laughing together.

The graphics and sound are not great, but it totally works in the context of the game. One of the funniest things that kept me laughing throughout was the things the people would say. It sounded like they were recorded over a cellphone in a bathroom stall, and the delivery is both stilted and deadpan as hell, but it's seriously funny every time. The graphics are also completely acceptable; they are not great by any stretch of the imagination, but they're decent enough, even aside from the fact that the lower quality adds to the funny when you're flying through the air with a jetpack on a goat.

That's really the gist of Goat Simulator. It will offer you a very funny and goofy few hours of fantastically mindless gameplay and clever humor, but after those few hours you probably won't have any desire to go back. There isn't much to the game aside from the easter eggs. Everything essentially functions as a vessel for you to laugh at various things throughout, but once those discoveries are made, the game's appeal quickly fades. It never tries to be more than a self-referential comedy game, but that doesn't keep it from getting stale after a while.

Goat Simulator is a great time for the first few hours when you're seeing everything for the first time, but once you've seen everything, there's no reason to keep playing.