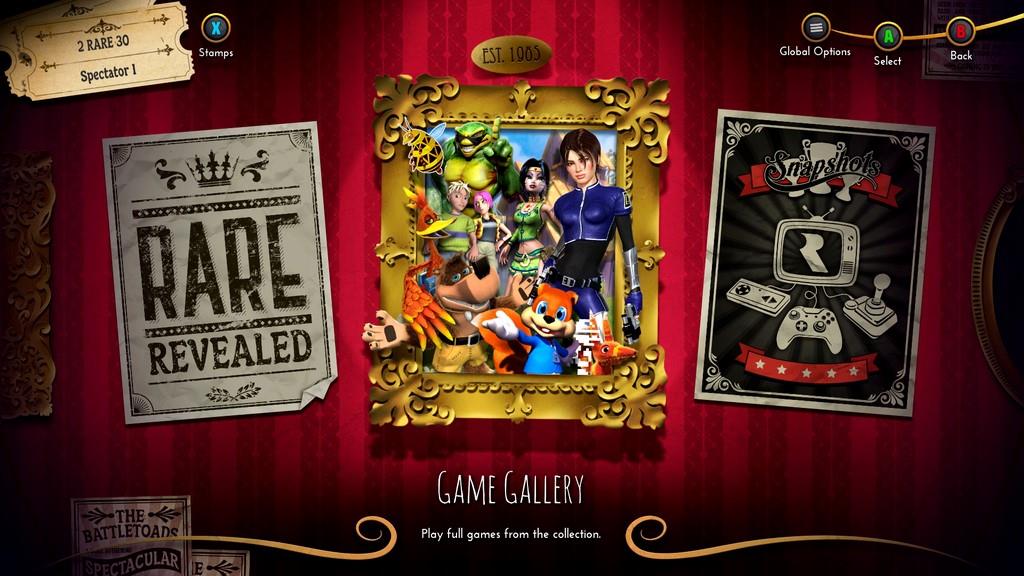 I'm sure that anyone who is a gamer that was born before the early to mid 90's knows the name Rare. You ask them to name their favorite game and I am sure you will get a plethora of answers. That's because Rare had a history of creating a long lineup of incredibly memorable and fun games. Unfortunately, a lot of those games were never ported to newer consoles. Until now. Rare Replay brings a huge collection of those games you know and love together into one incredible package. While there are some notable omissions due to issues with those who holds the rights to the game, there is more than enough here to make everyone happy. Even if only want a couple of games on the list, the package is an incredible value.

As soon as  you boot up the game, you will be greeted to the great museum style menus and music and everything makes you feel like you are walking through a museum of videogame history. From early arcade games from the 1980's to Xbox 360 games, Rare Replay features 30 classic Rare titles. These titles include Jetpac, Lunar Jetman, Atic Atac, Sabre Wulf, Underwurlde, Knight Lore, Gunfright, Slalom, RC Pro Am, Cobra Triangle, RC Pro Am 2, Snake Rattle N Roll, Solar Jetman, Digger T.Rock, Battletoads, Battletoads Arcade, Killer Instinct Gold, Blast Corps, Banjo-Kazooie, JetForce Gemini, Perfect Dark, Banjo-Tooie, Conker's Bad Fur Day, Grabbed By The Ghoulies, Kameo, Perfect Dark Zero, Viva Pinata, Jetpac Refuelled, Viva Pinata: Trouble In Paradise, Banjo-Kazooie: Nuts & Bolts. Obviously from looking at that list, you know there are tons of amazing games here. Of course people have mentioned the obvious omission, Goldeneye, which is probably a licensing nightmare at this point, but Perfect Dark more than makes up for it. All of these games are exactly as you remember them and most of them are still fantastic to this day. Honestly, there are tons of titles here such as RC Pro AM, Perfect Dark and Conker which are almost worth the total price of the package.

The one thing I did notice in terms of performance is how much better the Nintendo 64 titles look and play. They aren't remasters but games do look a lot sharper and actually have a decent framerate. I am going to assume that probably the one of the main reasons that people will pick up this collection is Conker's Bad Fur Day. I am happy to say that it's as juvenile and raunchy as you remember. The great part is that this is the N64 version of Conker's Bad Fur Day and NOT Conker Live and Reloaded. This means that original multiplayer mode remains intact. I don't know why but I just think it's weird playing NES and N64 games on the Xbox One. It's also kinda funny how Conker tells you to "press the Z button" to crouch while the voice bubble on the screen says "Press LT". A Nintendo 64 also remains on the desk of the main menu in Banjo-Tooie right next to a stack of Xbox 360 games. 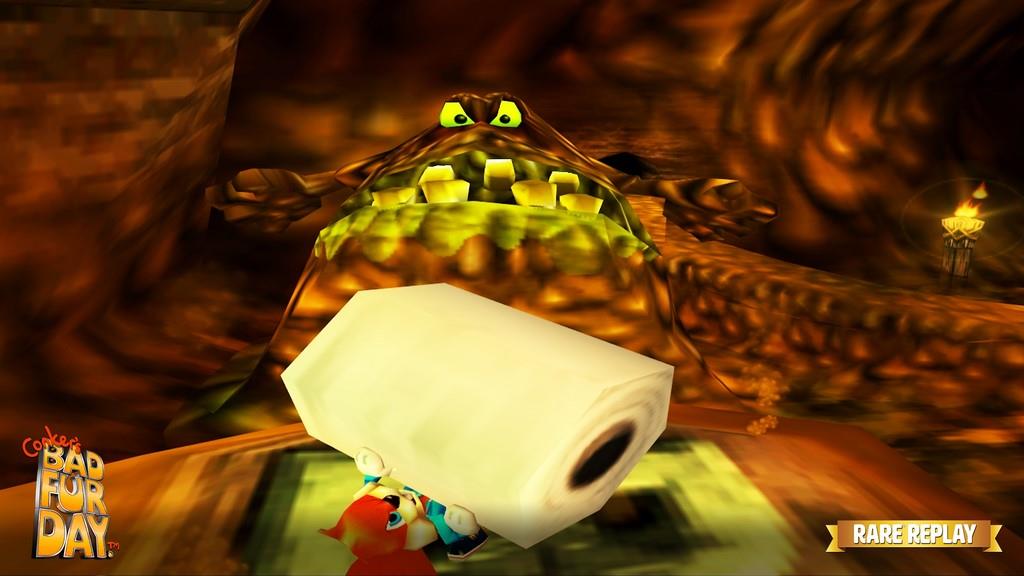 The great thing about Rare Replay is that while it is a collection of ports, there is plenty of replay value here as the game has it's own set of in game achievements called "stamps". Stamps can be earned by completing milestones in each game. A lot of them can be earned just by playing the game for the first time but then they start getting more challenging. Some of them include beating Killer Instinct Gold with at each character, getting high scores in the old arcade titles or by finishing every level in a game. Collecting stamps will allow you to level up your profile and earn videos and other bonuses which can be seen in the "Rare Revealed" section. The older arcade and NES games also have a save feature which makes completing the games and getting milestones.

Speaking of Rare Revealed, this section features a collection of behind the scenes and making of videos giving you a great history lesson on Rare as a company. There are even some videos of a couple of some games that were never released. Rare Replay also features a Snapshots mode. Snapshots mode is a challenge mode for all of the games up to Battletoads Arcade. Each game has five challenges and are quick ways to earn extra stamps. You can also go for personal bests and compare your scores on leaderboards. 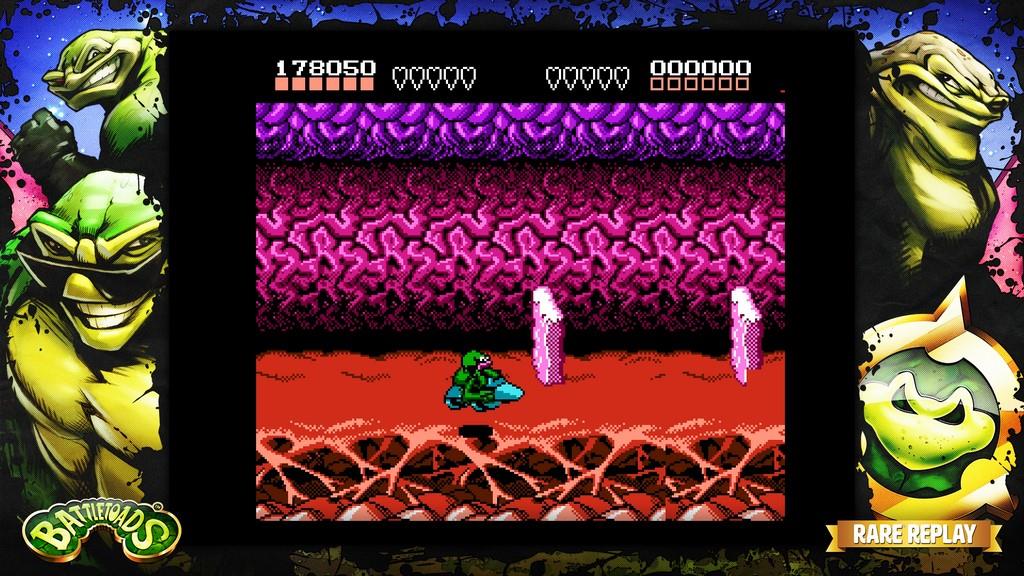 While Rare Replay features a fantastic selection of games, there are still some annoyances with the title. First off, the installation process is quite annoying. All of the Xbox 360 titles like Perfect Dark Zero, Viva Pinata and such are downloaded separately and show up as such in your games section. Rare Replay downloads separately. Make sure you clear some space on your hard drive if you are downloading digitally because I needed 50GB to get everything downloaded. It's also weird how you have the Xbox 360 games you have to play them from Rare Replay or else you won't get credit for them. For instance, if you select Perfect Dark Zero from Rare Replay you will be able to earn milestones. If you just select Perfect Dark Zero from the games menu, you WON'T get any credit or milestones. Keep in mind that the 360 Rare games are just that. They are the original 360 games that were released years ago. They are not remakes, HD remakes or HD re-releases. I assume this was one of the reasons for 360 backwards compatibility because when you load up one of these games, it will boot up the 360 emulator. Unfortunately, this also means that games like Perfect Dark Zero will still have atrocious framerate drops. glitches and brain dead enemy AI. The good thing about the 360 titles though is that if you have played any of these games on the 360 and happen to have a save file for them in your cloud storage, you will be able to pick up where you left off. 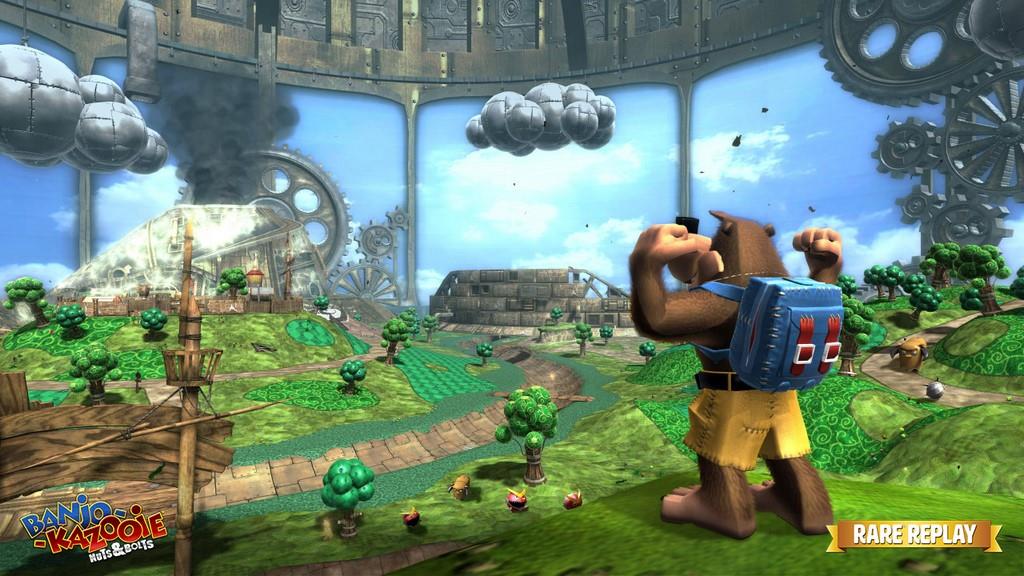 These games also don't have new achievements, just the ones that came with the 360 titles before. Rare Replay does have 10,000 gamerscore across all titles yet, but if you never got those Perfect Dark achievements before, well, good luck getting them now. "Get 1000 melee kills in online multiplayer, get 1000 headshots in online multiplayer". Yeah... I don't think that there are still people playing Perfect Dark Zero online but hey, maybe Rare Replay will cause a huge spike in players to get the achievements. I have no idea. Another issue with some of these games is that you cannot change the control scheme of most of them, and this could be pretty confusing. I guess we all take for granted right stick camera controls these days. The older, isometric, arcade games are the biggest offenders and are incredibly difficult to control. With all that being said however, these issues are minor and don't take away from how great this collection is.

Regardless of how many of these classic games you enjoyed, there is surely something here for everyone. Personally, I never played Cobra Triangle or Blast Corps before but I am having a tons of fun with them now. If I were giving out end of the year awards right now, id have to give the "best value" award to Rare Replay and I appreciate the fact that they gave us all of these games in a compete bundle. I could have easily seen Microsoft going to Xbox Live Arcade route and sold them all separately for $5 a piece, but as it stands, you can't go wrong with 30 games for $30, especially considering what games you are getting here.

Rare Replay is one of the best compilation titles you could ever pick up. There is tons of quality and replay value here. Just being able to have Battletoads, RC Pro AM, Conker, Banjo-Kazooie and Perfect Dark all together on one package is huge to me and most of the other games are fantastic as well. Throw in all of in game achievements, challenges and history videos and you have the definitive Rare collection. Highly recommended.