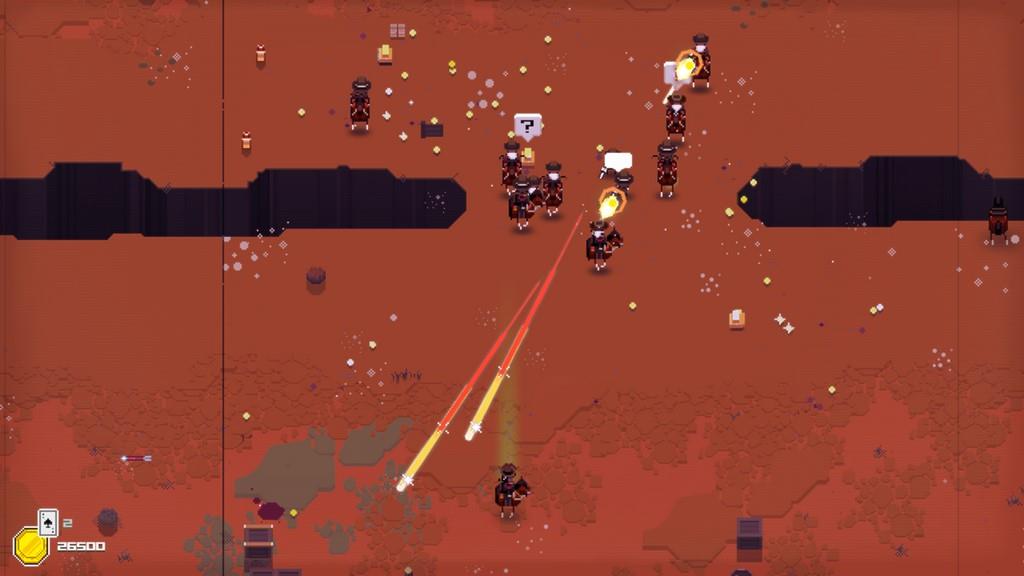 A Fistful of Gun

I’ve been reviewing a lot of Devolver Digital’s indie published titles, including Broforce and Not a Hero. So far, they’ve consistently been a good time. They’re straightforward, expertly crafted, unpretentious and enjoyable—something you can’t say for a lot of indie titles these days. Kickstarter campaigns and Patreon begging seem to be spiraling out of control, and yet fewer indies are capable of delivering on even the thinnest of promises. Devolver and its studios, however, seem to get it: First and foremost, video games should be fun.

A Fistful of Gun is trying to do a lot of the same things as Broforce and Not a Hero. It’s a fresh entry in an established retro genre—this time the top-down shooter—and it evokes an art style, music and arcade sensibility of the 16-bit heyday. The problem is that it isn’t as focused or seamless as its two Devolver brethren. Fistful of Gun tries to do too many things at the cost of balance and playability.

Originally developed as a freeware title by one-man-team FarmingGnome (aka Paul Hart), A Fistful of Gun was picked up by Devolver to be published as a full, paid release. As you might suspect, the game is a western and shares many themes with classics like Sunset Riders. That said, the gameplay is much closer to games like Commando, Crimsonland and the original Gauntlet. You control one of 11 different gunslingers (the freeware version had only three) as you attempt to hunt down the nefarious outlaw Clayton Boone.

The gameplay bears a strong influence from its arcade roots, namely that it’s bloody hard and best played in co-op. The arcade mode is straight action—you and up to nine friends blast away at outlaws and gunslingers in an attempt to grab the most gold and bring home the highest score. You can obtain customary perks and upgrades in arcade mode, and engage in a few minigames as well such as playing cards. Pretty straightforward stuff. The story campaign is a lot more involved. 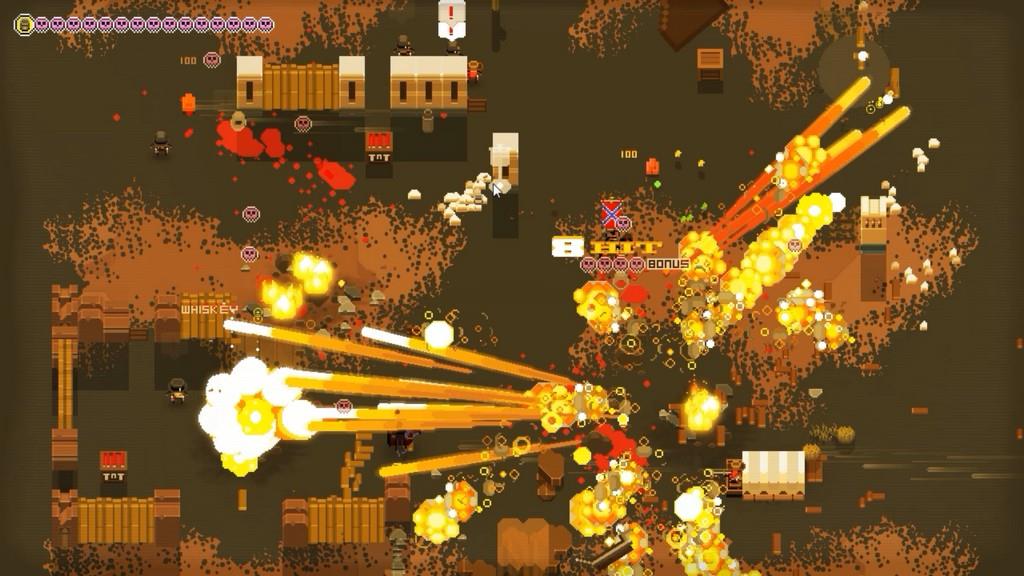 On your quest to bring Clayton Boone in dead or alive, you (and any co-op partners) embark on several levels. Each one is a procedurally generated set of “screens,” single arenas that build up the stage. Every stage has a certain number of “miles” to go before you reach the boss. Because they are procedural, the terrain and enemies are random. You could come across a helpful merchant or a sheriff who challenges you to a duel. Some areas are even neutral ground, and you won’t be attacked unless you shoot first.

Inevitably, though, you will engage in battle, and as you shred through outlaws and bandits, you’ll accumulate cold hard cash that you can then spend on weapon and ability upgrades. It’s also smart to grab any bottles of whiskey littering the arena, as they impart a psychedelic bullet-time effect. All of these mechanics could make for an entertaining game that stands alongside its Devolver siblings. But, sadly, A Fistful of Gun is not more than the sum of its parts. In fact, its various components just don’t work well together, and that leads to a decidedly off-putting and unforgiving experience. 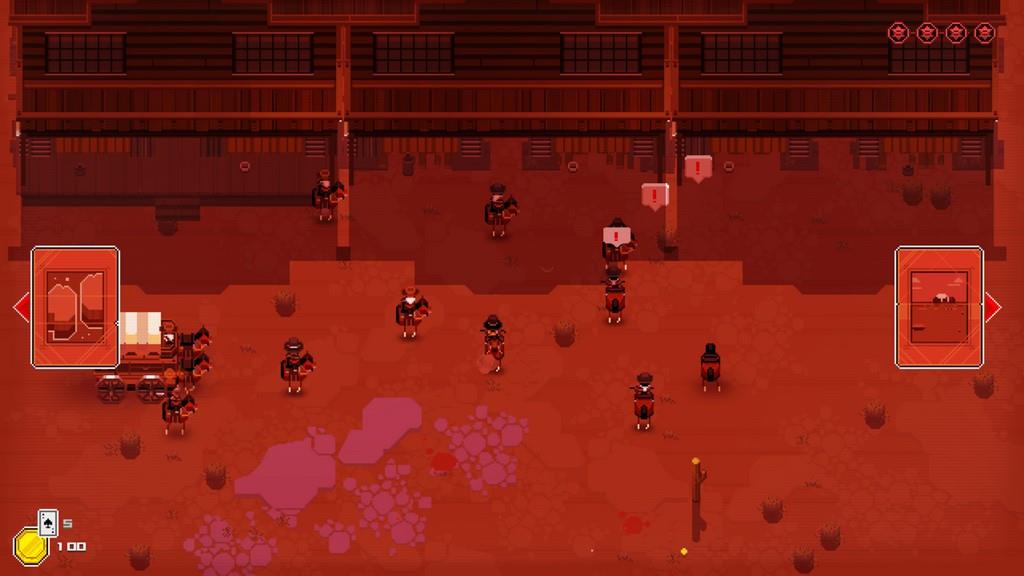 For one, I found one of the game’s main selling points to be a hindrance. Each of the 11 characters has a subtly different control scheme, largely dependent on the weapon they carry, but sometimes related to other attributes. With little else to discern one tiny pixelated character from the other, you’ll find yourself playing trial and error as you learn each gunslinger’s nuances. This wouldn’t be so bad if this game had a gradual learning curve like Broforce, but A Fistful of Gun is just damn hard to begin with. You’ll run into hordes of bandits from the get-go, and your starting weapon is woefully outmatched against the kind of bullet hell they throw at you.

This game has the kind of merciless arcade difficulty as the classics of the 16-bit '90s, and while you start with a generous number of lives (and can occasionally pick up more), it’s not enough to get comfortable with the game. I found myself dying before I could even finish the first level, and it took a while before I found a character I was truly comfortable with, and even longer before I was proficient with him. In this regard, A Fistful of Gun is best played co-op; like Turtles in Time, X-Men and Sunset Riders, it’s pretty difficult to get anywhere alone. If FarmingGnome was going for that aesthetic, well, he definitely nailed it, but a difficulty slider for solo players would be appreciated. 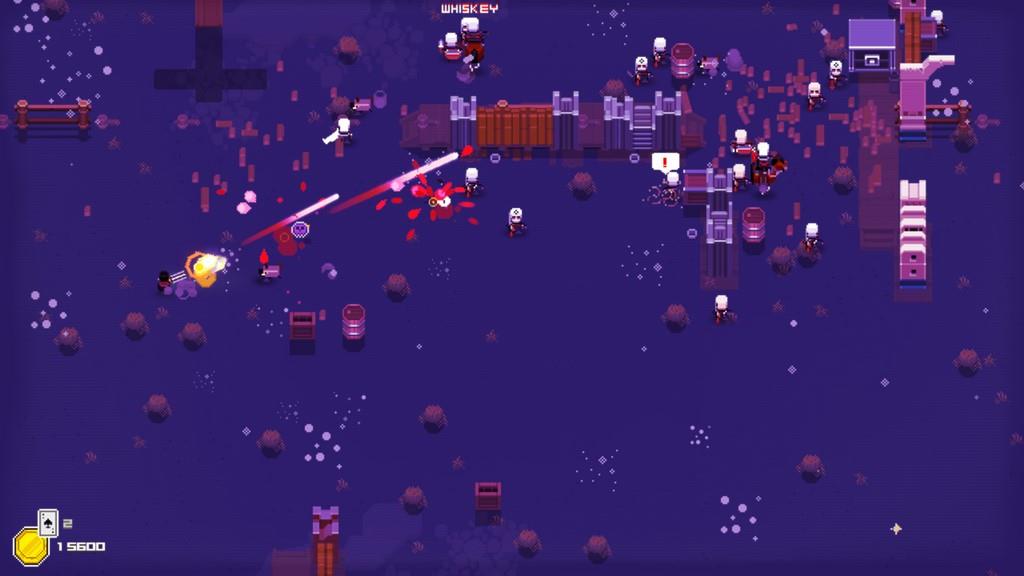 I also can’t recommend playing this with a gamepad, even though the game flagrantly displays the available Xbox 360 control schemes. To be blunt, a mouse and keyboard offer more straightforward control setups and are much faster, easier and less frustrating to learn than the various and fiddly face-button combos the game assigns to the 360 pad. A mouse’s speed is also much better suited to this kind of top-down bullet hell gameplay.

At least the game looks and sounds great. I know I keep referencing Sunset Riders, but the western theme and musical arrangement really brought back memories of the SNES classic. A Fistful of Gun just nails the Old West presentation and was the main reason I was so eager to play the game after I watched some early trailers. It’s just too bad that the various elements don’t shore up well enough to make it a satisfying experience, at least in single-player. 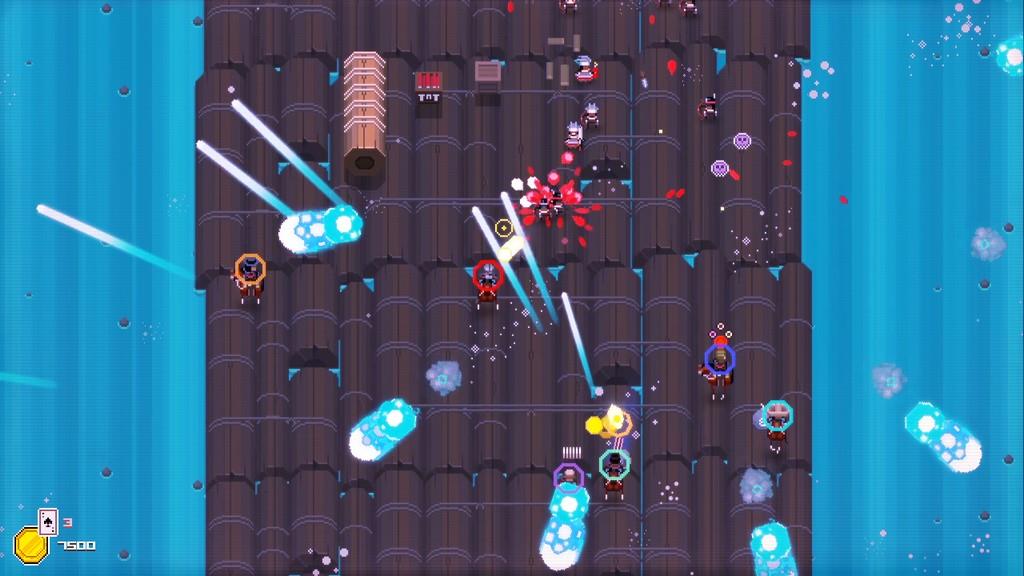 I hate to compare A Fistful of Gun to Broforce, but the similarities are hard to deny. If you have a wide cast of characters to choose from, they better be visually and mechanically distinct from one another, and also easy to pick up. I shouldn’t have to spend 10 minutes dying just to get the feel of a new character. Broforce has spoiled me, but I feel like I should know just what a character is about and how they play after 30 seconds to a minute, tops. A Fistful of Gun’s arbitrarily counterintuitive control schemes just make the game a hassle to get into.

If you’re a fan of '90s arcade shooters and can wrangle up a few friends, A Fistful of Gun can bring back the us-against-the-world action of the old days. Just don’t expect it to go easy on you.

A Fistful of Gun is a tough-as-nails throwback to classic top-down arcade shooters. It's best played with friends, but its finicky control schemes and steep learning curve make it difficult to get into.