Horizon developer Guerrilla Games has officially confirmed that they are indeed working on a new multiplayer game set in the Horizon universe. It will feature both a new cast of characters and a new "unique" art style. They also seemingly confirmed that Horizon proper will go on beyond Forbidden West. An announcement of new job postings related to the project from the studio’s Life at Guerrilla Twitter handle reads, in part:

“We are continuing to create epic solo adventures for Aloy. But there is more. A new internal team is developing a separate Online Project set in Horizon’s universe. Featuring a new cast of characters and a unique stylized look, friends will be able to explore the majestic wilds of Horizon together.”

This has to be a Monster Hunter-style cooperative game, right? Guerrilla also just recently announced a new "Burning Shores" expansion for Horizon Forbidden West is coming to PS5 in April of next year. Elsewhere, PlayStation Productions is working on a Horizon television series with Netflix. I think it's fair to say that Sony is going all-in with this franchise for the foreseeable future. 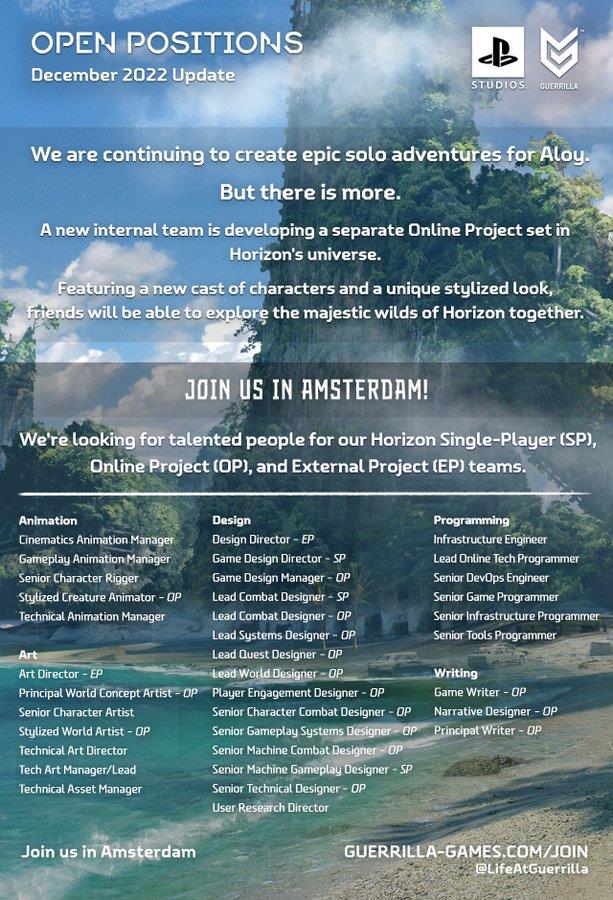