Developer BlackMill Games will add the Battle of Caporetto to their WWI first-person multiplayer shooter Isonzo on December 5th as part of a free expansion. The update will be available on PC, PlayStation 4, PlayStation 5, Xbox One, and Xbox Series X|S.

The Caporetto expansion includes the new “German Empire” faction, 10 new weapons, and the first of three new maps planned for release between now and the middle of next year. The first map in this Caporetto offensive will be a hillside assault during rainy autumn weather, with the German army attempting to capture the peak of Hill 1114.

Isonzo is the third game in the “WWI Game Series” from Blackmill Games. It released back in September and features battles that took place on the Italian front during the World War I. It was preceded by Tannenburg, which released in 2017 and focused on the eastern front, as well Verdun in 2015 which featured the western front. There are two additional major expansions planned for Isonzo called “White War” and “Solstice”. 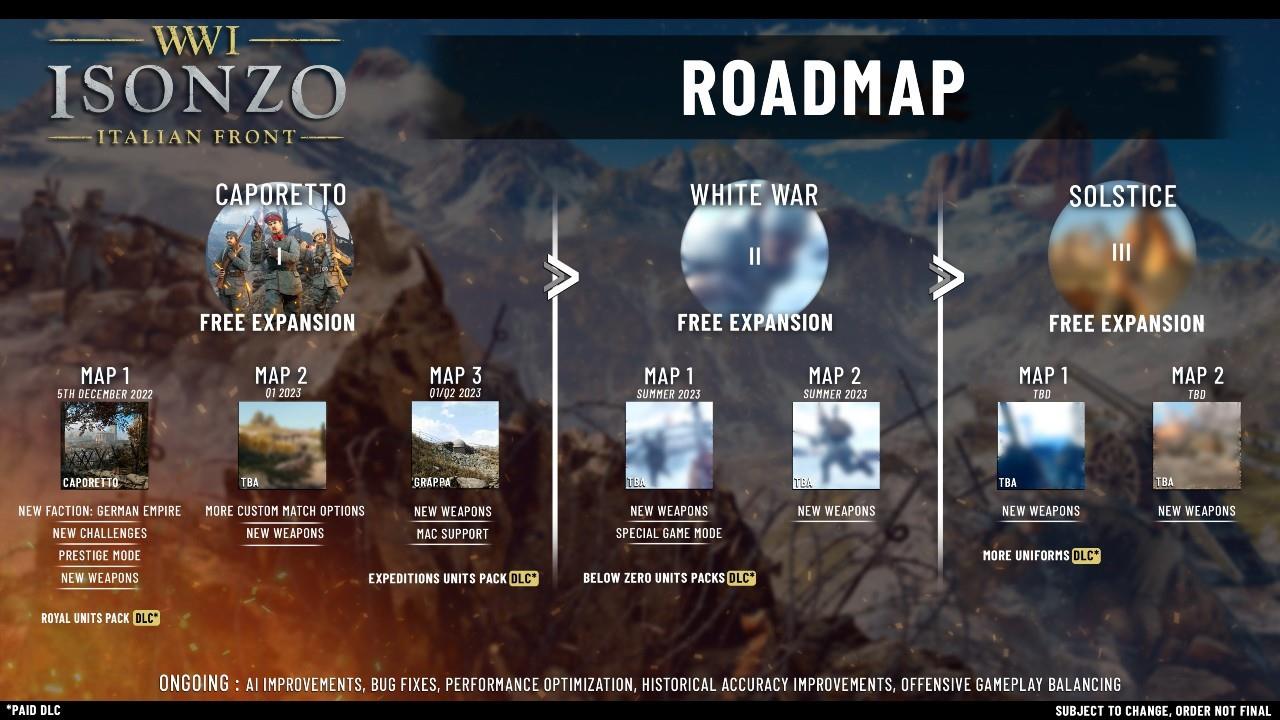