Marvel Snap is starting to lose me 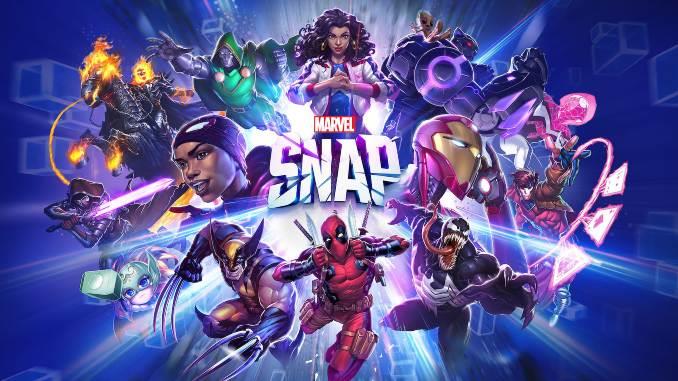 I have become addicted to Marvel Snap. I picked up the game hoping to have some fun when I had a few minutes of free time, and it turned into a full-on addiction. It helps that I have never felt required to put money into the game. Even though I don’t feel like I need to, I have purchased both battle passes that have been running since I started. I’ve loved to hear people say it’s a pay-to-win game because of the exclusive season cards you get from purchasing the battle pass. But fear not; even if you don’t purchase the battle pass, the cards unlocked by it are unlocked for everyone in the third pool of cards. I only want to set the record straight, as our own site may have thought that too.

I breezed through the first pool of cards to unlock, taking less than a week to unlock the initial 46 cards. It was fun; I felt like I was winning every time I played. Eventually, I hit pool two, there are only 25 cards to unlock in this one, but it took about twice as long to unlock the full set. I was only matched against other humans, so the instant win against an AI opponent went away. Still, I could muster a respectable rank in the first season I played in, hitting rank 53. Near the end of that season, I unlocked the third and final pool of cards to collect. That’s when everything changed for me.

Instead of winning 75%, I have been losing three out of four matches. I was playing against players with decks of cards I had never seen before. Pool three contains 74 cards, making it the longest and slowest pool to get through. The way you collect characters in pool three has changed as well. Instead of being guaranteed a character, you have collector caches, which give you a 50% chance of unlocking a new character. There is bad luck protection, ensuring you eventually unlock a new character, but it doesn’t matter. I’m starting not to have fun.

I find myself matched up with players who frequently have four or five characters that I do not. Losing, more often than not, makes my time with Marvel Snap frustrating. Instead of playing whenever I have a free second, I only play to clear my missions. For two solid weeks, I sat on the couch with my wife in the evening, playing Marvel Snap the entire time. I’ve since gone back to TikTok to occupy my second screen. It’s frustrating to lose to someone with cards I do not have access to; I also hate feeling that the cards I have unlocked from pool 3 flat-out suck.

I understand that Marvel Snap is making some changes. Being able to battle with friends is coming soon, before the end of the year. They are adding collector tokens as a new currency. These tokens will be able to buy a character in the token shop, which should rotate every eight hours. Developer Second Dinner says the token shop will always have characters you have yet to unlock.

I feel those changes will help ease some of my frustrations, but I am unsure if they will bring me back to playing as frequently as I have been. I know they will eventually add a fourth pool. When they do so, I hope they make clearing the third pool a little more friendly, especially to eventual newcomers. A fourth pool could kill a lot of new growth for the game if new players have to slog through the pool three grind. Another feature I would love to see would be a rematch option; there have been so many games I know I could have won if I had made one different move.

I still like Marvel Snap; I still play several times a day. But the interest is waning, and it’s exclusively because I’m matched against players who have cards I haven’t unlocked yet. I’m sure once I have a few of the pool three cards I’m on the hunt for, I’ll have a better time, but until then, Marvel Snap has started to lose me.