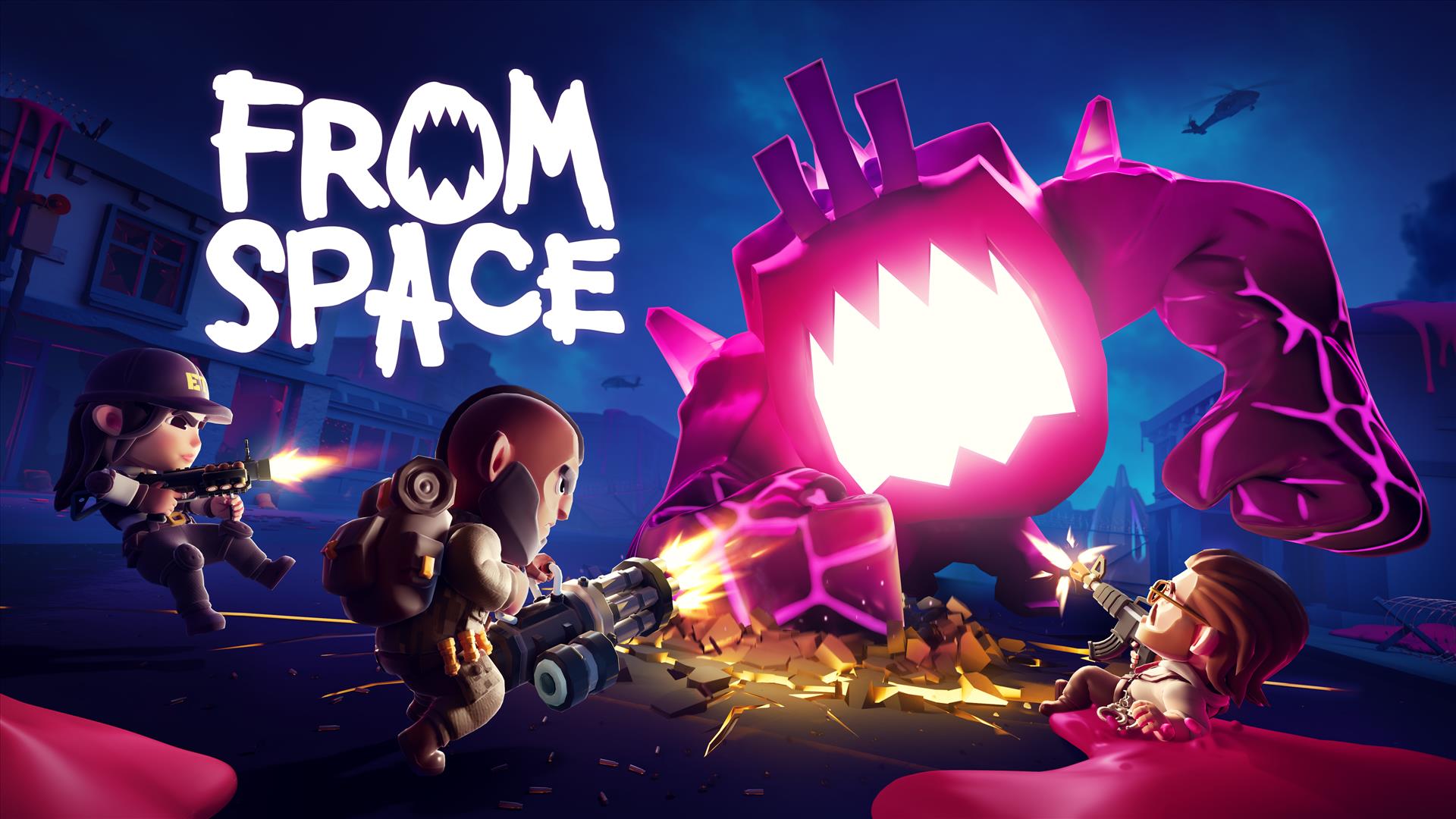 Publisher Curve Games and developer Triangle Studios announced that cooperative multiplayer action-shooter From Space will launch on November 3rd for Steam, Google Stadia, and Nintendo Switch. The game can accommodate up to four-players in co-op, with a variety of weaponry to choose from like rocket launchers, miniguns, and flamethrowers as you battle aliens in a post-apocalyptic world.

From Space is a playful and accessible take on the cooperative shooter designed for players of all ages. Check out a trailer for the game below:

From Space is a solo and co-op family-friendly action-shooter where players take on the challenge of liberating the earth from an alien infestation. This fun multiplayer shooter is an accessible and playful co-op experience - perfect for players of all ages to get involved - with a great refined art style and high replay value.

This November, choose from an array of Rocket Launchers, Miniguns and Flamethrowers to blast multiple aliens and save the planet with Curve’s exciting new game, available soon on Steam, Stadia and Nintendo Switch! With squads of up to four players, the apocalypse has never been so much fun!

For the latest Curve Games updates, join the Discord server here and follow @curvegames on all socials here.