Update #2: Rockstar Games has issued a statement which you can read below.

Update: Bloomberg reporter Jason Schreier has confirmed with his sources at Rockstar Games that the leaks are legitimate.

The highly anticipated Grand Theft Auto 6 and developer Rockstar Games appear to have fallen victim to one of the largest leaks in video game history, as numerous videos and screenshots of an alleged in-development Alpha build of the game have appeared online. Website IGN reported that a GTAForums user posted over 90 video clips to the site, which may have been the work of a hacker gaining access to Rockstar's servers. The user threatened to possibly leak even more in the future, although that is hard to imagine, given how swiftly Rockstar will no doubt handle this situation.

The leaked footage shows combat with police, robberies, full conversations, and more. Debug tools and what appear to be source code are also visible, which may lead to major changes at Rockstar and force an internal delay of the game while they deal with issues surrounding the leak. The footage has spread like wildfire across social media, with people calling into question the veracity of the leaks. Many have pointed to the fully voiced dialogue as an indication that the videos are legitimate, as well as the presence of the debug tools, although Rockstar has yet to make a statement or acknowledge the leaks officially.

Rockstar finally confirmed Grand Theft Auto 6's existence back in February in a community update on their website:

"With the unprecedented longevity of GTAV, we know many of you have been asking us about a new entry in the Grand Theft Auto series. With every new project we embark on, our goal is always to significantly move beyond what we have previously delivered — and we are pleased to confirm that active development for the next entry in the Grand Theft Auto series is well underway. We look forward to sharing more as soon as we are ready, so please stay tuned to the Rockstar Newswire for official details." 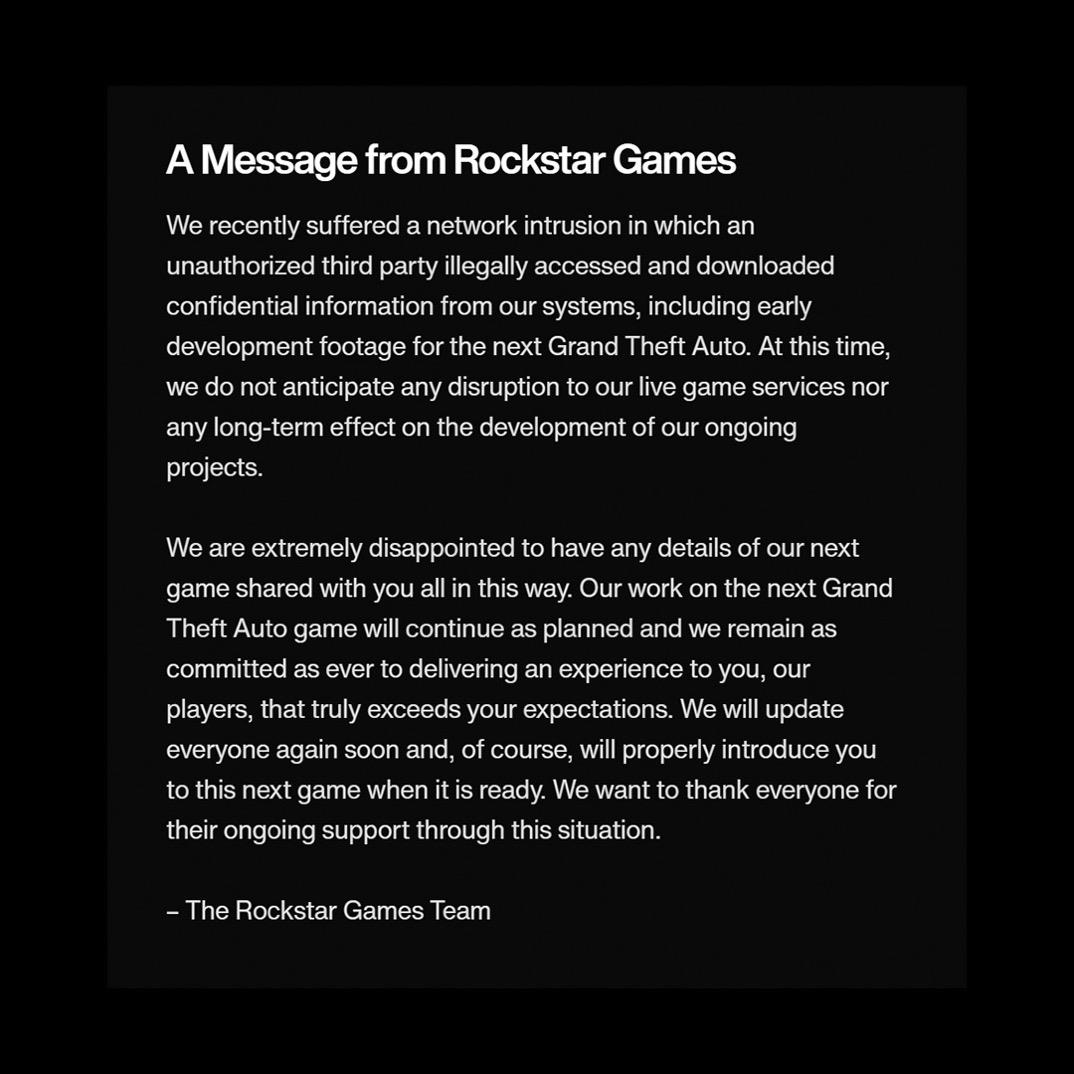