Children of the Worm will feature a brand new story campaign against multiple new threats. A new Cleaner, "Prophet" Dan, will join as a playable character, adding to the ever growing roster of Cleaners to play as. Eight exclusive character skins and twelve exclusive weapon skins will be included, in addition to new weapons, cards, and accessories. What's nice is that as long as at least one player has access to this expansion, then all players in that party can access it! 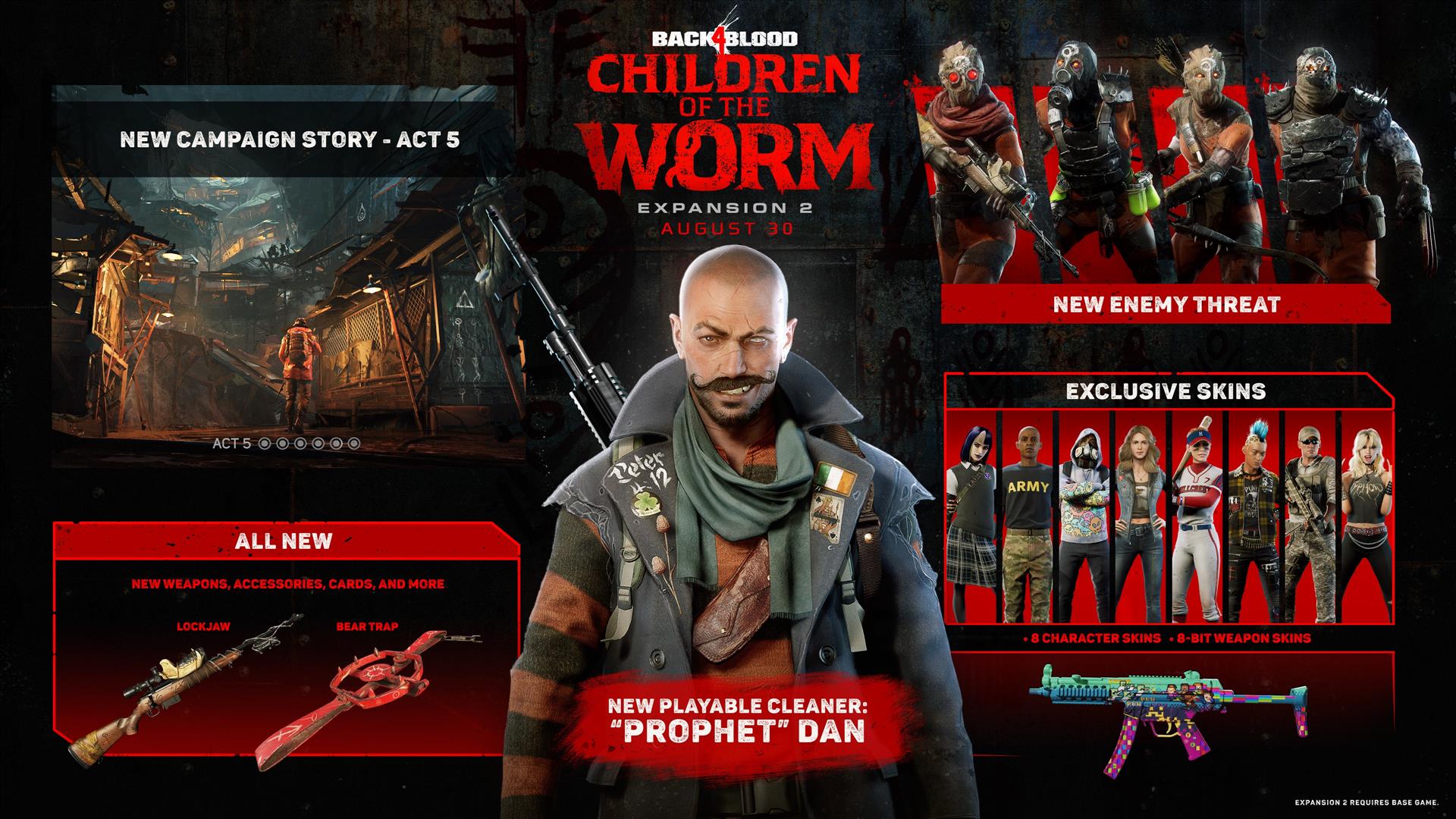 In case you missed it, check Henry's review of the base game! Back 4 Blood is available now on PC via Steam, Xbox One, Xbox Series S|X, PlayStation 4 and PlayStation 5 for $59.99. Children of the Worm will be available on August 30, 2022. No official price has been announced for it as a separate purchase but it will most likely be $14.99, which is what the first DLC expansion was priced at.