Here's an interesting twist. In September of 2021, Atari announced that gamers could play streaming platforms like Stadia and Luna on it's Atari VCS system, which is essentially a gaming PC in an Atari shell. Today, Atari announced that five of its recent titles are coming to Google Stadia, which means that you can play Atari games on Stadia on an Atari console. How's that for irony?

The first four games in the Atari Recharged series - Centipede, Black Widow, Asteroids, and Breakout are coming this year, with Centipede Recharged launching as a Stadia Pro title on July 1. The puzzle game Kombinera will be coming in September, 2022, with the other titles scheduled to launch later in the year. Joseph has been streaming and reviewing a lot of these titles for us, so check the Gaming Nexus backlog for reviews and streams. 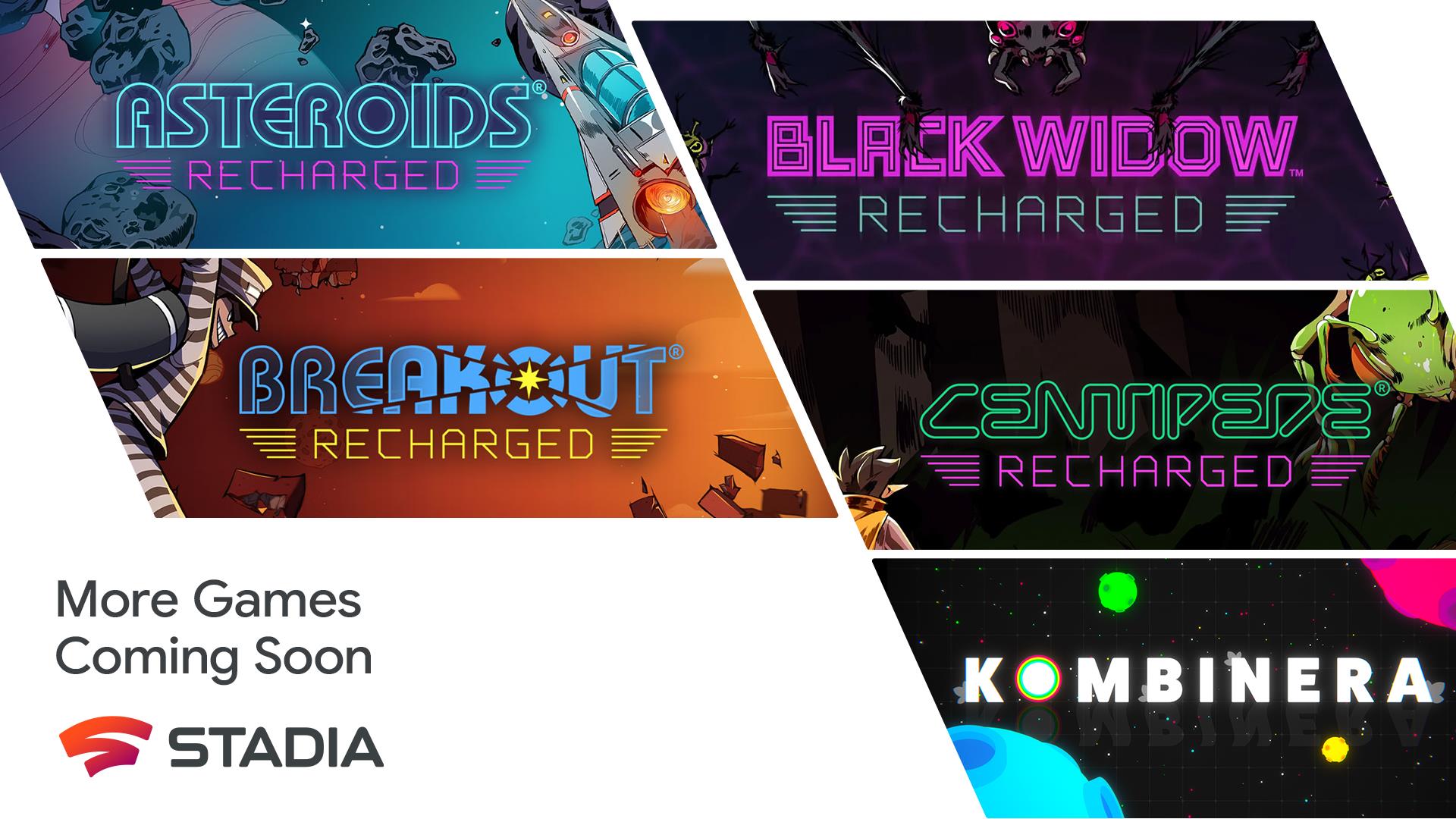 Atari is in the midst of a 50th anniversary celebration, so more announcements about the brand in general are expected in the near future.