Godfall hoping for new life in 2022

Godfall arrived on big promises and a pretty killer trailer, but ultimately couldn't live up to the hype. A year later and the folks at Counterplay Games have not given up the fight. Godfall's 2022 roadmap is out and the Challenger Edition of the game is now free for both PS5 and PC players as the Monthly PS Plus game for the month of December and the Epic Games Store free game through the 16th.

The Challenger Edition is a way for new players to jump in and get straight to the end game content. New players can play base game content with existing players, who are also getting a boost to level 50 for all characters in the game world. Challenger Edition and the Challenger Update also introduces Quests to the gameplay. The Quest System is a way to earn Legendary loot by setting out with eight random objectives from combat to participating in certain endgame activities. The reward is three versions of a legendary item.

More info on the Challenger Edition and Update is available on the official blog. 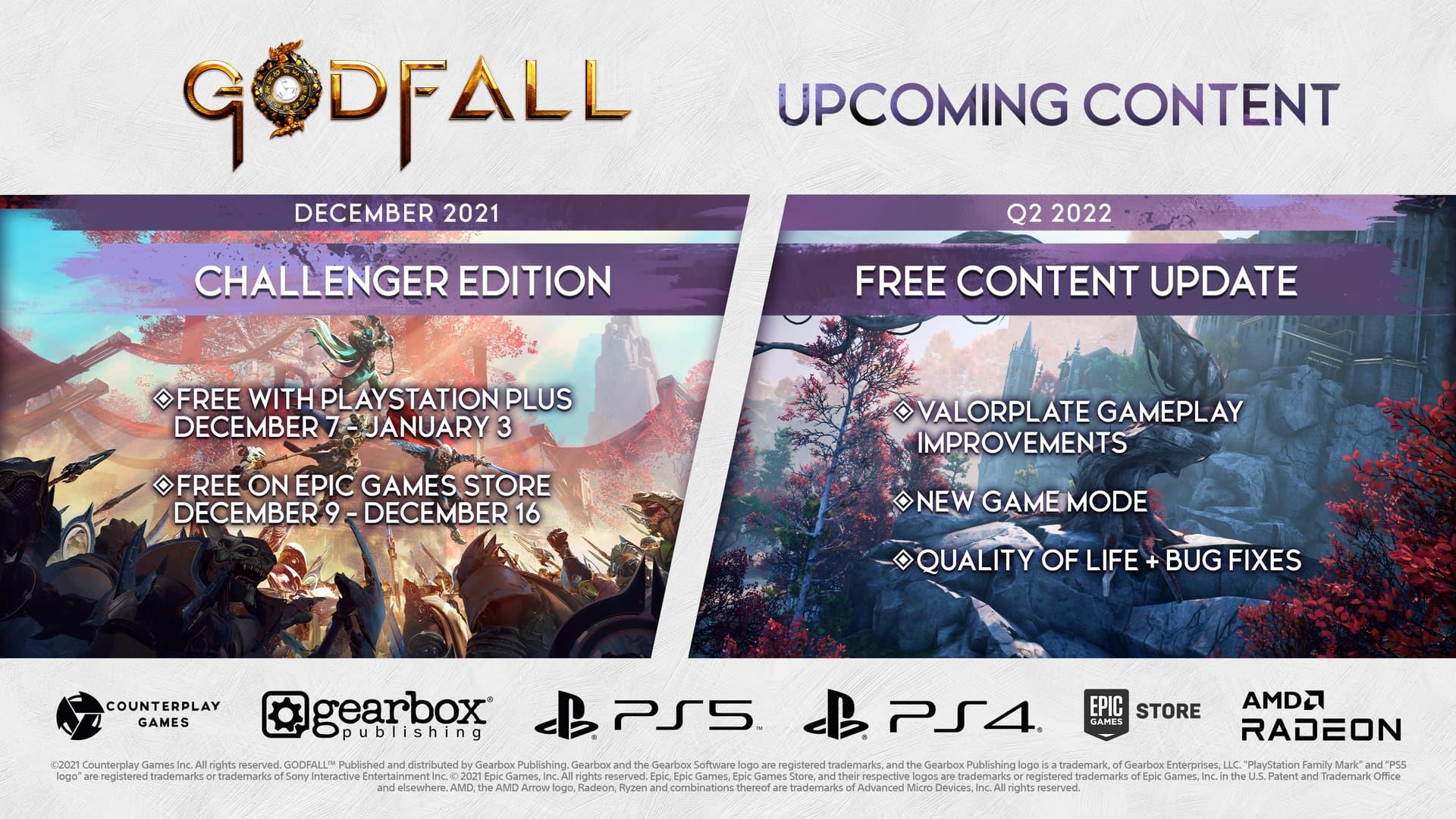