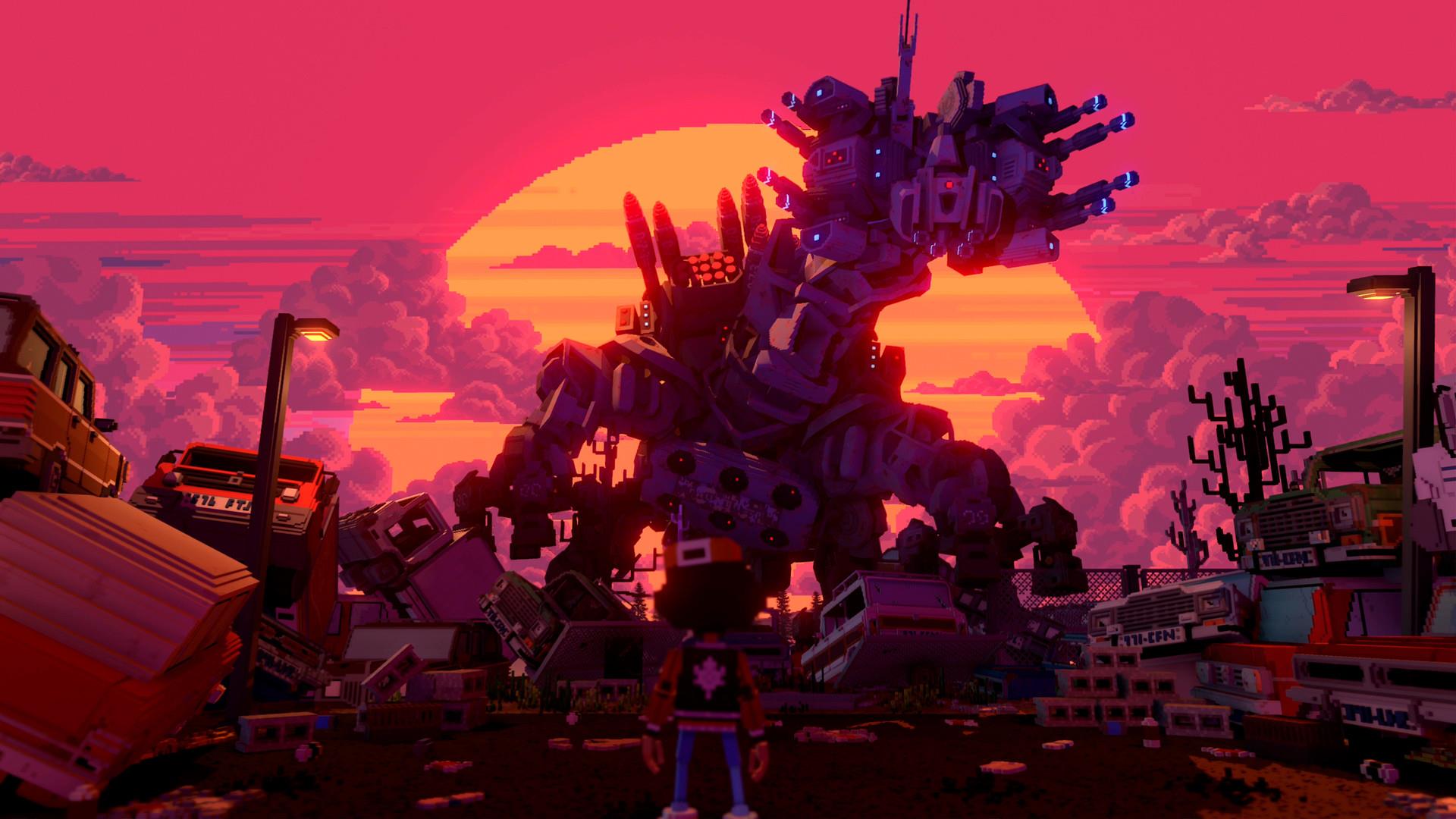 Good news: Echo Generation, a blocky Canadian Stranger Things, isn't just coming to Xbox Series X. As we've come to learn more and more over the past year, "Xbox" also equals "PC." Nice work, Microsoft! And while previous info only listed the game as releasing in 2021, it's now nailed down a launch date of October 21. A full week-plus-change before Halloween.

I've had Echo Generation on my radar since its reveal in February. And while I got the middle school/high school scary-coming-of-age premise, I was still surprised seeing a scary, shadowy, amorphous animal evil screeching its way down the school hall. The lockers, the janitor-waxed floors, the cinder block walls, and the drop ceiling (that you could fling a pencil at and get stuck into) are all there. Having a glitched mass of hands and hair jumping at me is a great way to mess with my nostalgia checkboxes there, Echo Generation.

Then there are rooty, mouth-tentacled worms the size of water towers; flame-throwing and taser-wand military facility guards; antlered rat kings in robes, drowning in alcoholism; and graveyard skeletons glowing with their own pale moonlight. There are so many enemy types and backdrops happening that its hard to imagine where Echo Generation won't go.

Plus you can stop by the Treehouse Shop and get some school snacks for RPG healing purposes. As a brother-sister-pupper trio, I'm cool with any "scary" game willing to take me from a cabin in the woods to the repair bay for a missile-hucking Metal Gear mech.

Again, Echo Generation is coming October 21 to Xbox One, Xbox Series X|S, and to PC via Game Pass and Steam.