As part of their Investor Relations (IR) presentation, Sony have seemingly leaked that Uncharted 4 will be the next major PlayStation IP to make its way to the PC. Following on from Days Gone coming to PC, which GamingNexus reviewed recently, the Game & Network Services Segment document suggests Nathan Drake will be next.

On the new growth sectors slide, it’s revealed that Horizon Zero Dawn was a major success on PC, seeing a ROI 250%+. Sony reveal they also see it as a chance to create new fans for their IP and to target new geographies. Under the more PC releases planned section, Uncharted 4 is right below Days Gone.

Despite an iffy port, GamingNexus scored the PC version 7/10 in our Horizon Zero Dawn PC review compared to 9.8/10 in our PS4 version review, the game still made over double what it cost Sony to bring it to PC. So, it’s no surprise to see Sony are planning more PC releases, even with their major established IP such as Uncharted. 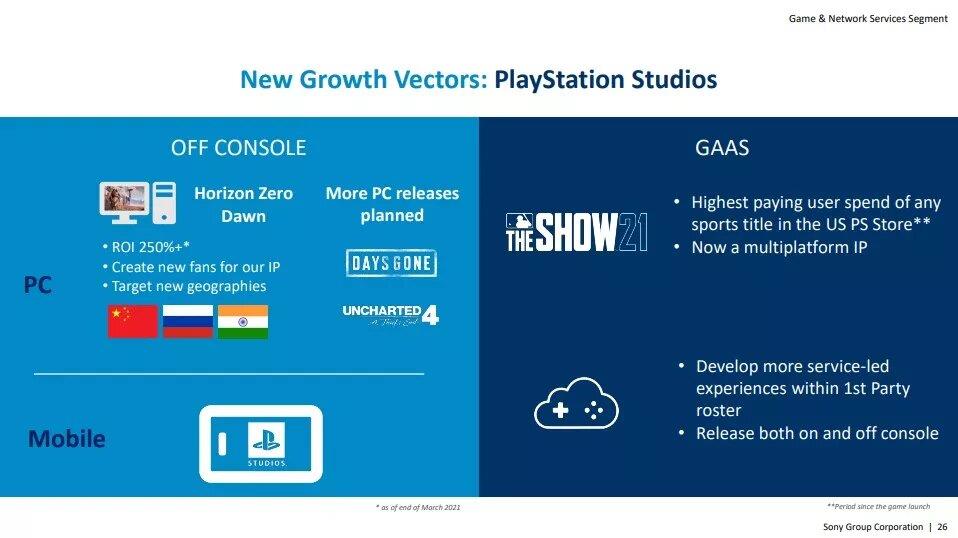