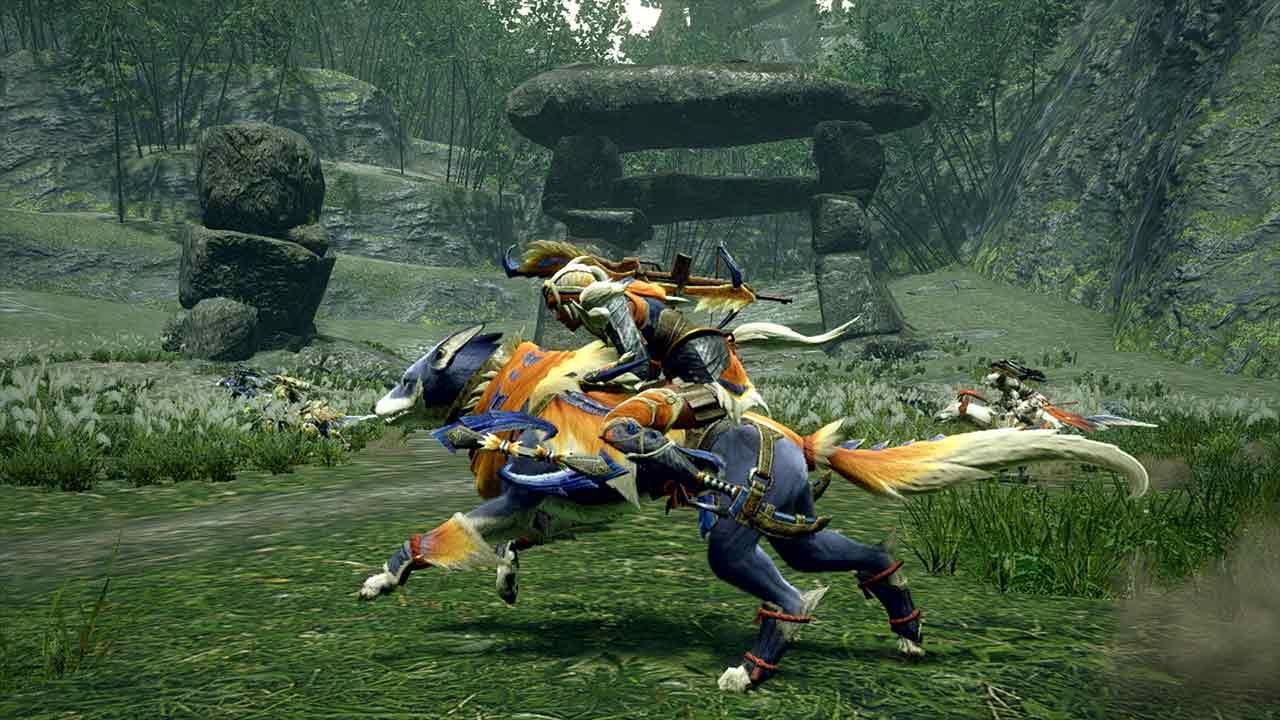 PlayStation's MLB The Show 21 appearing at no extra cost on Xbox Game Pass on launch day marks an industry turning point. An unopened Super Mario Bros. that sat in a drawer for 34 years just sold at auction for $660,000 (not a typo). And WWE's Xavier Woods aka Austin Creed will lead a video game competition series premiering on G4 this fall.
So, what are we playing?

I am still deciding what game I am going to take on for my next review. This is a rare state of affairs for me, as I usually have two or three reviews going at once, but there is a very good reason for it—Monster Hunter Rise. I have been overly engaged with Rise, taking advantage of its bite-sized battle length to sneak in hunts throughout the day. I'm digging into the six-star hunts this afternoon, and am having a fantastic time with them. Rise is a keeper.

I’m still really digging Cozy Grove, and it’s been easy to find time for it due to the structure of the game, since I only have to play about 20 minutes a day. My review dropped this week but I have no intention of leaving my grove anytime soon.

A buddy of mine gifted me Rogue Heroes: Ruins of Tasos, so we began our journey with it last weekend and I’m looking forward to starting back up this weekend. I get a lot of The Legend of Zelda: Four Swords Adventures vibes from playing it, which makes me think back to the times where I would link up my Game Boy with my friend Jay and his dad and the three of us would spend entire weekends playing it.

I also joined the public beta for GRIT, which is a battle royale with a western shooter twist. Servers are only up at limited times, and I’ve only gotten a couple of rounds in, but it’s held my attention the past week.

The biggest revelation I've had about Narita Boy is that it doesn't depict the 1980s. It doesn't tap into that nostalgia, per se. What it does depict, and what it does tap into, isn't what the '80s were like: but what we thought the '80s were like. And like all memory, it's fallible. Memories grow and diminish and evolve, until this new thing, this thing being introduced today, has little in common with the roots it stems from—but is still rad (and bad) in its own way. Full review coming this week, and I promise I won't make it as stupidly meta as what I just tried to poorly explain.
I like my books fantasy-fiction but my video games sci-fi. An orc in the streets, a droid in the sheets. (I don't know either.) The games I'm dipping back into are definitely the science-fiction variety. Mass Effect's Legendary Edition glow-up is here in a month, so I'm refreshing my memory on its brand of retro-futurism. Elite Dangerous is what I'm desperate to play when I want to catch up on a TV series at the same time. The Orville is my current jam, but I even rewatched the premier of LOST the other day, and boy that's still one of the best openers I've ever seen, ever.

Nintendo gave us Pac-Man 99, so I am playing that. We also get to play a better and cooler Among Us AKA First Class Trouble with the Gaming Nexus crew. I'm finally ok at Tony Hawk's Pro Skater 1+2, but not exactly doing a McTwist yet. Cyanide & Happiness – Freakpocalypse (Episode 1) is also on the docket, as well as returning to Everhood, and a new segment called Capcom Arcade Wednesdays! I think. Oh and Life Force, the NES classic.

My pandemic hobby of building arcade controllers and arcade machines has really taken over. I just grabbed a new PC setup that I'm going to replace my Raspberry Pi 4 with in my arcade build so I can run more powerful games and double as a VR machine as the toy room has plenty of space for me to flail around in. I drilled a hole in the side of my cabinet so I could put in an HDMI and USB panel mount allowing me to plug my headset without having to open up the cabinet to reach those connections. And with that I'll be spending time going over some more arcade classics on the machine and testing out some VR with some Fallout 4 VR  and The Elder Scrolls V: Skyrim VR. With the expanded room, I might also try some Blade and Sorcery as I won't be afraid of hitting the controllers against a wall or ceiling.