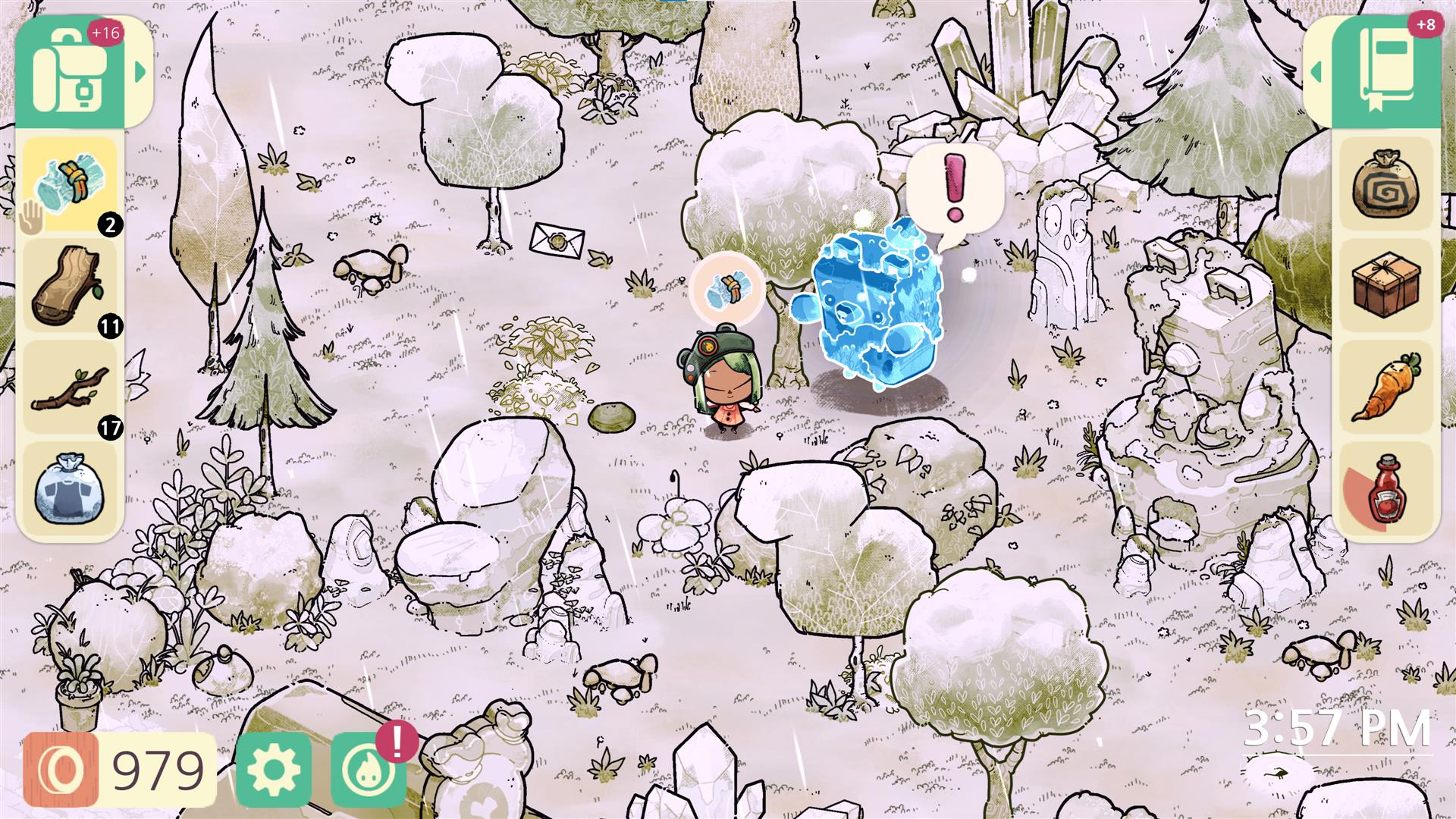 Written by Elliot Hilderbrand on 4/6/2021 for SWI
More On: Cozy Grove

You land on what seems like an abandoned island, but you know better, you’re a Spirit Scout after all. There might not be any “life” on the island, but it is far from abandoned. The island grove is just teeming with spirits that need help only you can provide, and it may be that the dead residents of the island still have a lot of demands that only you can meet.

Cozy Grove is a soothing experience. Gameplay isn’t challenging, in a good way. Instead Cozy Grove attempts to sell you on an experience, one that I have bought into. I decided early on while playing to come and take the ride, this is about the journey and not about the destination. 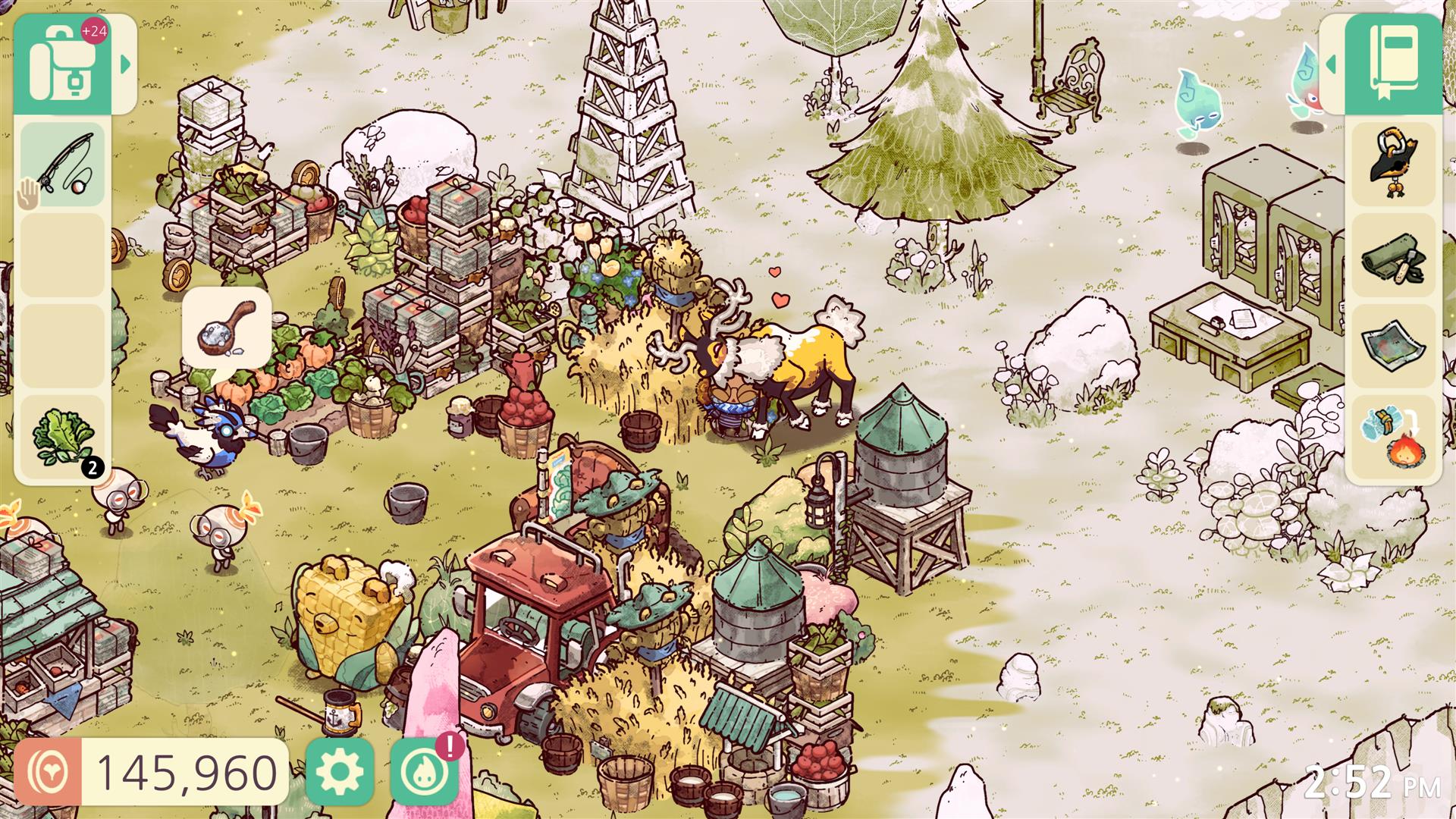 Cozy Grove is both cozy and a grove. However, the grove part is a little misleading, the game actually has more of a cozy island vibe. You’re a Spirit Scout, your job is to help these spirits on the island find solace in the afterlife. You can do that in a number of ways, depending on the current needs of the ghosts. Some will need you to catch some fish for dinner, or collect fresh fruit from the trees on the island. Often you have a fetch quest of one sort or another. Find my lost glasses, or locate several pages from my missing book. My personal least favorite was trying to find a moving tree, it just didn’t stick out well enough. The structure is solid, but can feel a little frustrating. You will be given clues to the nearby location of items, but at times the focal object is nowhere close to the actual item. You can spend some currency to find it’s direct location, but that feels like cheating and takes away any purpose of playing at all.

By doing “fetch” quests with each islander you slowly level up your friendship, which helps you to learn more about their past life before becoming a ghost. This is where the story part of Cozy Grove comes into play. This game is not about you and your character, but about the residents. Story is told in little chunks here and there. In the beginning I read everything as it came up. Over time I understood each character's backstory and more or less moved past being too interested or invested. That’s just me, it is the one struggle I have with life sim style games. I do not blame Cozy Grove; they kept me invested in the characters for almost two weeks before I rushed through the dialogue. Any time a new Character was introduced I found myself spending more time with them in the beginning, and less as I progressed. 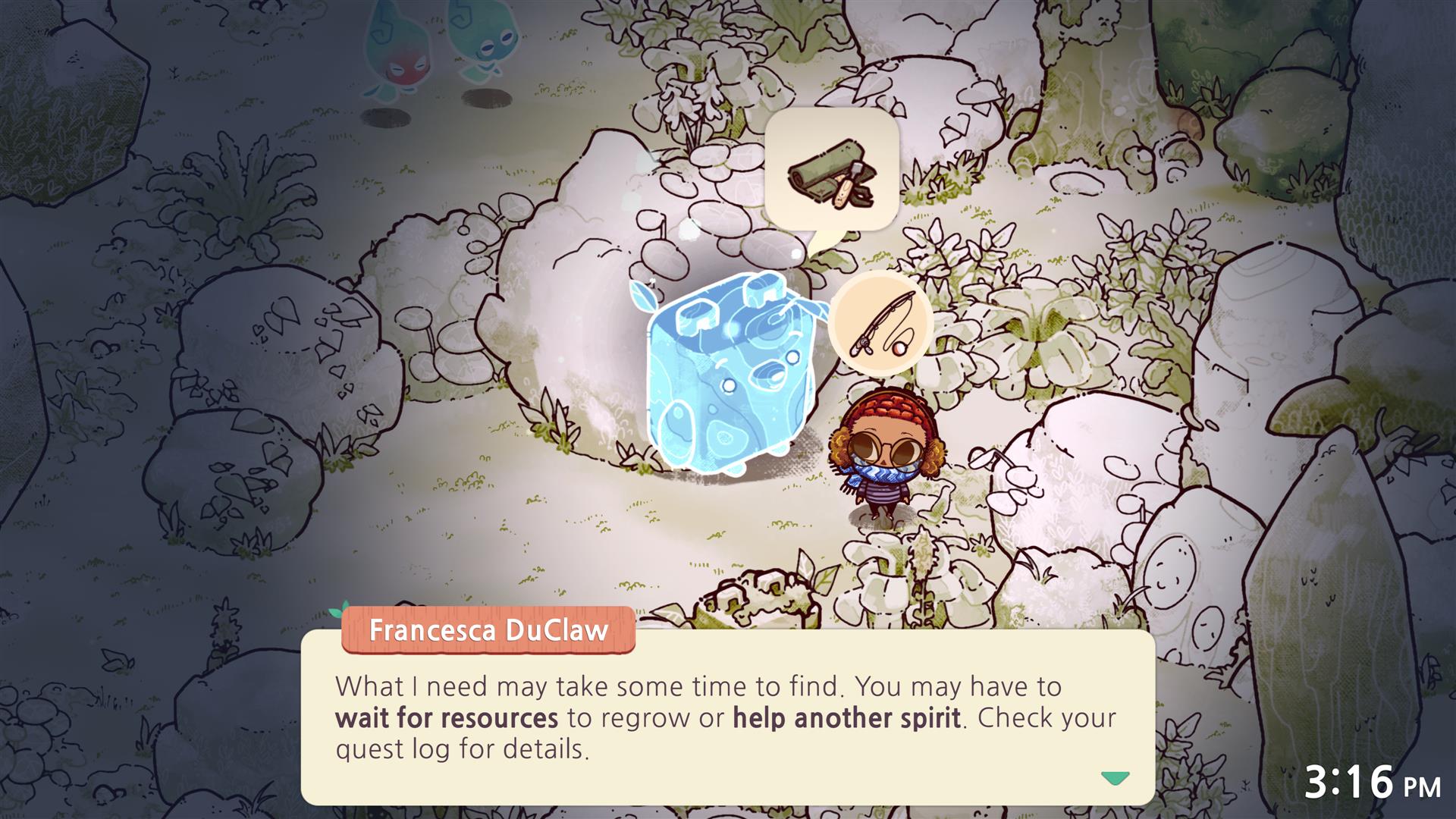 More characters get added as you go through the game. Once you complete a task you are often rewarded with a spirit log that you feed the fire next to your campsite, he’ll grow and let you know if there are any more tasks for you that day, or if it’s just safe to leave for the day and come back fresh tomorrow. The fire also acts like a way to keep you focused on the task at hand, often offering suggestions about where to go and who to see.

Completing a day’s worth of chores can take anywhere from 20 to 30 minutes, which is a great design choice. I never feel rushed to jump on and get things done, and if I take a day off there’s no penalty at all. The first couple of days felt weird, I had done all I could in a day, but I was still hungry for more gameplay. By the third day I had settled into a cozy groove if you will. I’d wake up, take my dog out, feed him and hop onto my island to get things done for that day. I played on Switch but could see this game thriving on a phone as well. This was one of the few games I prefer in handheld mode.

The touch screen controls are well done and make gameplay without a joy con simple if you prefer to play that way. Menus are not overbearing, but I did need to frequently go into them to take out a tool. If I pick up something new it goes into my on-hand tool bar, and kicks something currently there into my bag, which can get annoying from time to time. 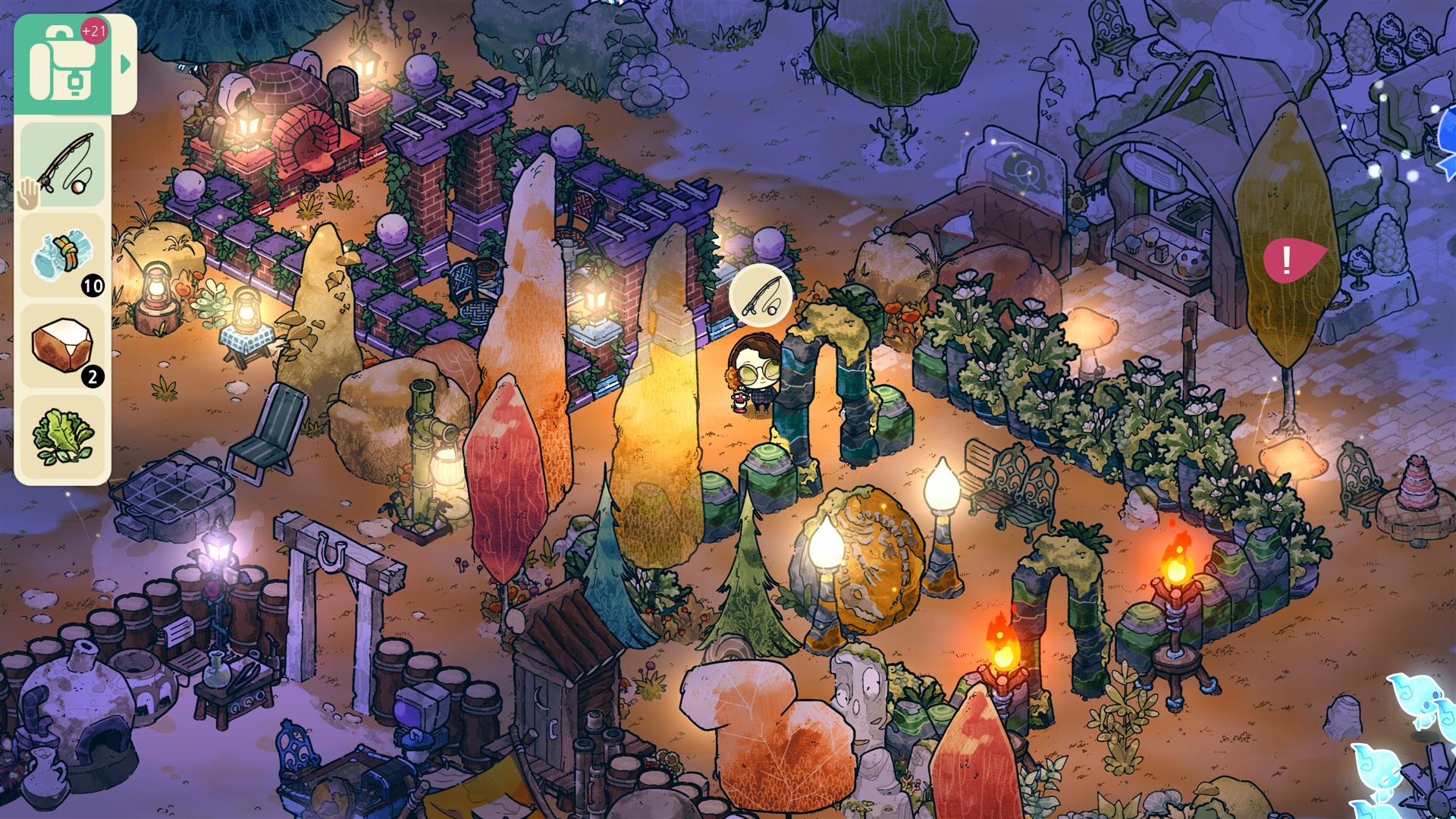 The look and feel of Cozy Grove is unique. The hand drawn art is beautiful to look at, especially when the background becomes fully colorized. The look of the island during the day is great, and at night is spectacular. Lanterns become alive, shadows look great. It's a shame that I played this game in handheld mode most of the time, as it looks great on a larger screen.

Everything in game is designed to be moved and planted to a location of my choosing on the island. I’m not someone who gets really into designing how my island looks, but the mechanics of doing so are simple, if not a little easier than the other game in this genre everyone has used as a reference point for the past year (I dare not speak the game's name). 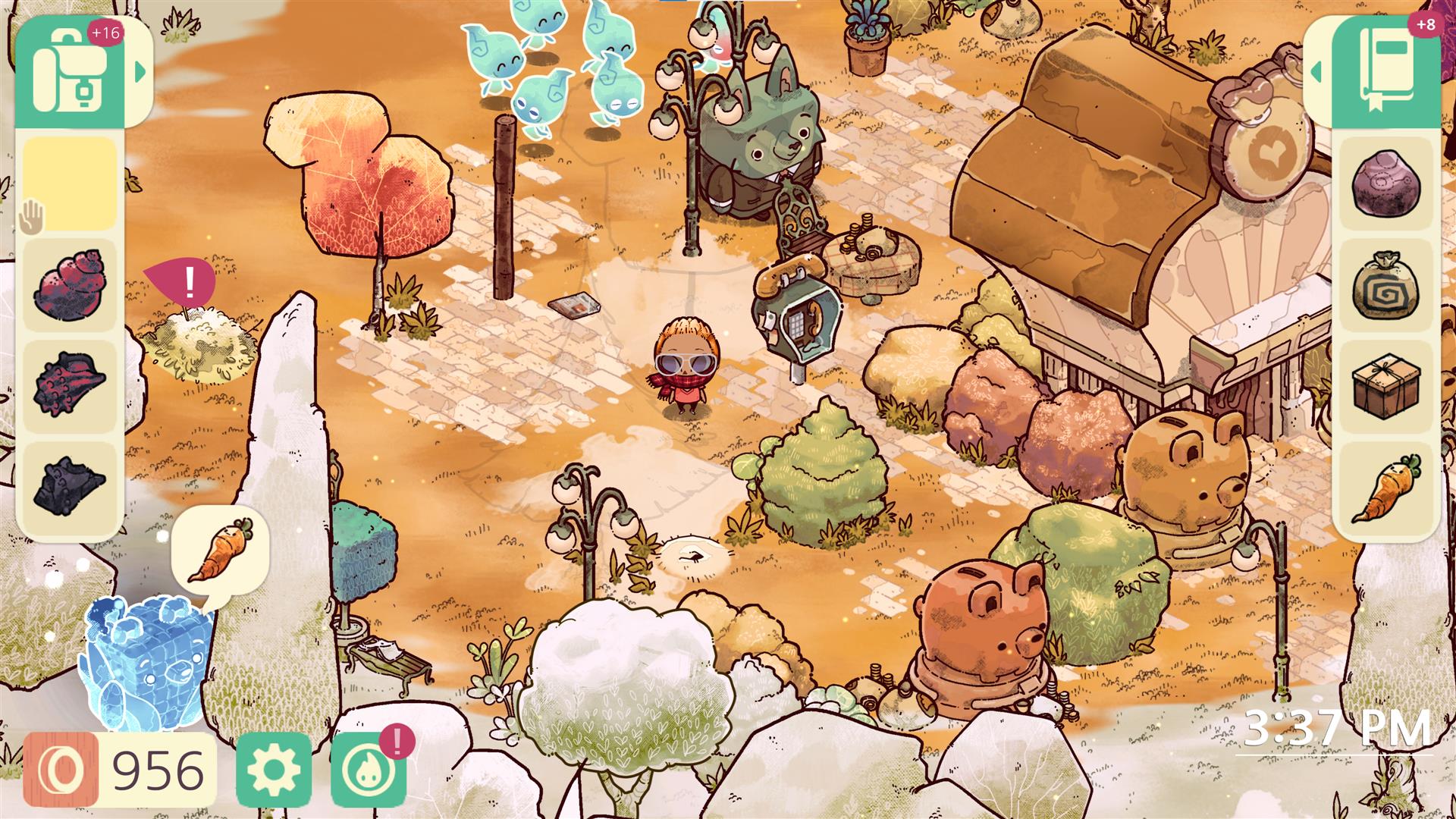 It is impossible to talk about Cozy Grove without mentioning Animal Crossing (dang it, I just did). Yes, it is similar in a lot of ways. You are given control of an uninhabited island and by the end you have a bustling town. But in Cozy Grove, all the citizens have one major thing in common, they’re all dead. Crafting, decorating, getting mail are all a part of the game as well. You can lay out decorations and plants on your island as you see fit. It is hard not to notice the similarities. Cozy Grove goes about everything in a simpler way that benefits the players. Crafting, for instance, takes little time, with no accompanying annoying cutscene that you see over and over. While both games have a lot in common, comparing the two would be like comparing Enter the Gungeon and Hades. Both roguelikes, but very different. The same can be said here. 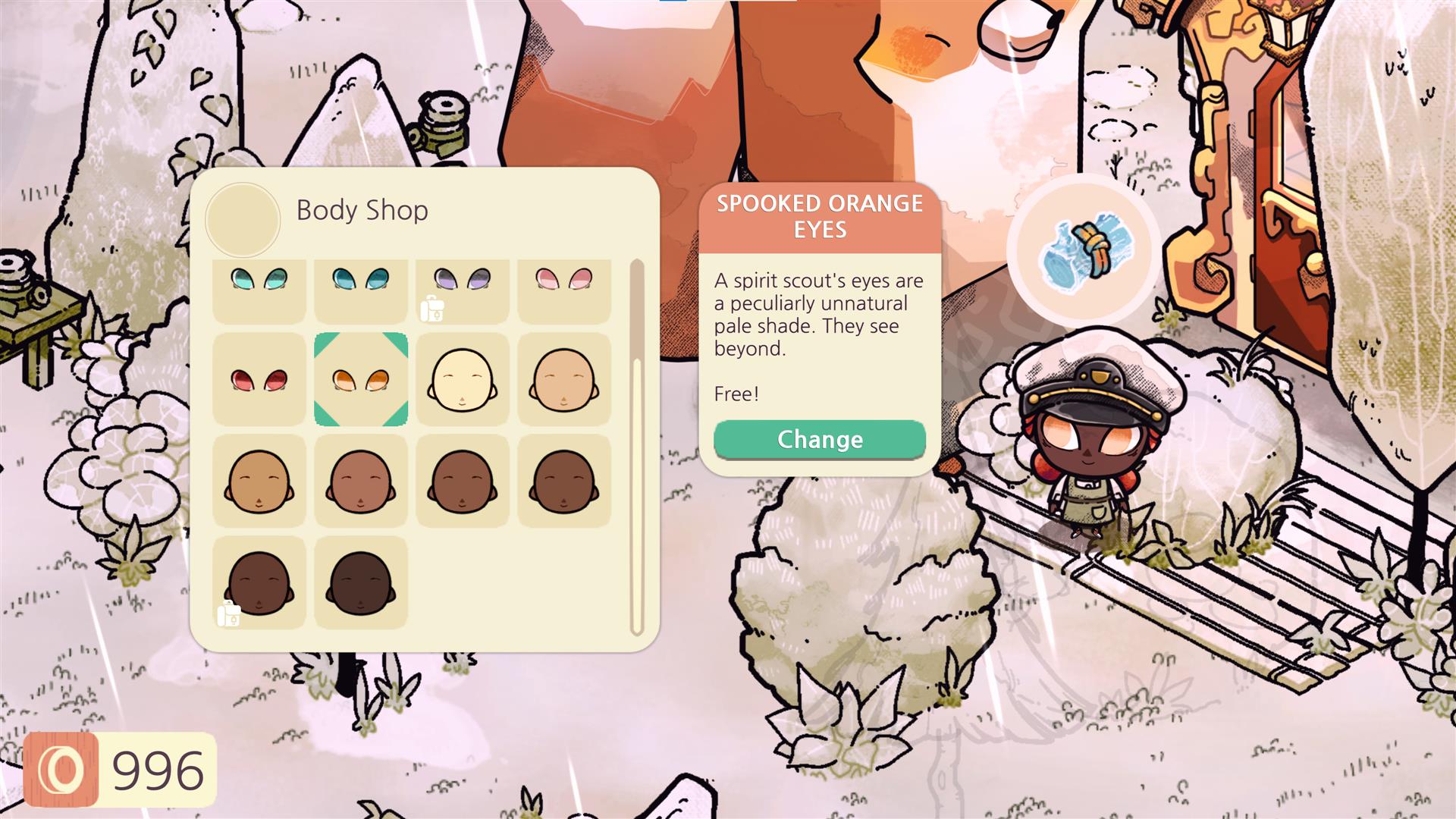 Like a lot of games in this style there’s no true “ending” in Cozy Grove, at least as far as I can tell. Players can continue to change their island, or the style of their character as often as they would like to. Starting a new game really just limits the tools you have available as well as resetting the need to grind relationships status with characters. Over time, tasks eventually start to feel like fetch quests, and the constant seeking, fishing, foraging will eventually weather your soul, but there is plenty of quality time to spend with Cozy Grove before you get to that point.

Cozy Grove is great to look at, and only having to spend 20 minutes a day doing so doesn’t make it feel like a chore. Gameplay can eventually feel repetitive, alas, such is the struggle with life sim games, and this one does it better than most.