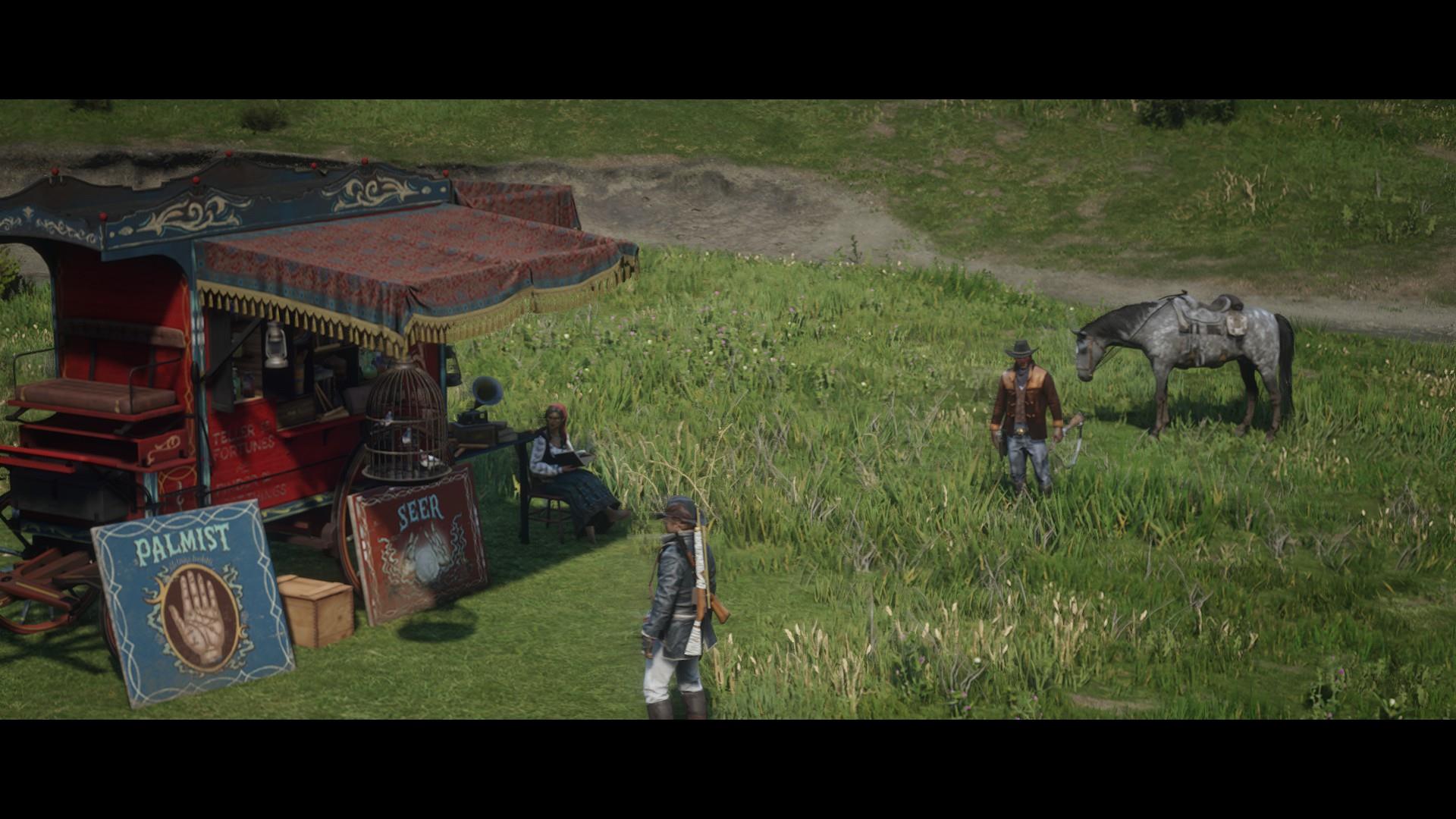 Starting a week ago. In Red Dead Online, it was no longer about life in the dying days of the Wild West. For me, it was about finding this elusive treasure-hungry palm reader and, along the way, filming an episode of When Animals Attack! every 30 minutes. While cougars and wolves and bears hunted me down, I was hunting down Madam Nazar. The cougars and wolves and bears were having better luck than I was.

The first time you find the good madam, she’s marked on the map. Bam, a fat yellow X in a circle, right there in New Austin, chilling alongside an overlooked road. Easy peasy. But the second time you have to find her isn’t so easy. She ghosts you. Her marker is yoinked off the map. And she can theoretically be found randomly at one of a dozen different locations scattered across the five states.

It’s a small nightmare trying to find her that second time, and it’s supposed to be. Red Dead Online is prepping you to be someone that is patient and persistent in their travels. Someone that doesn’t just take the quickest route from point A to point B. She’s not even that far off the beaten path, at least not when I found her at one of her dozen spots. But I never would’ve found her if I’d simply stuck to the main thoroughfares and made a beeline from east to west. 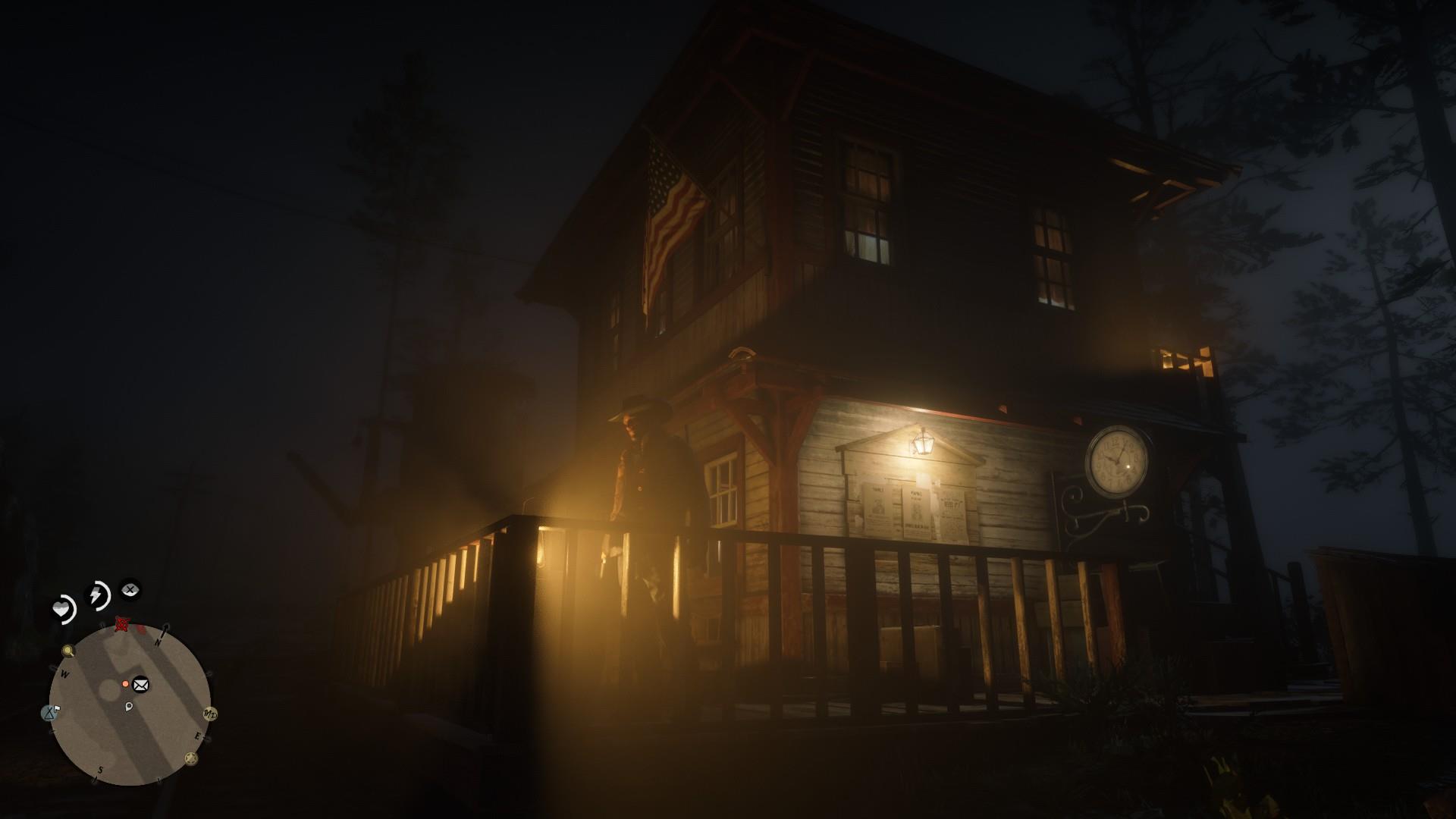 All of this running around the map was so I could start down the Collector specialist role. There are five roles—Collector spoke to me the most. During that time I'd been shot at by some players. Blown up by others. Lost my hat a time or two, and not just at the poker table. Had some rando ride circles around me for five full minutes. Even had somebody ask me to fight them on local voice chat, what with all the free drinks pouring out of the saloons after New Year’s.

But I found Madam Nazar in the end. I refused to consult a guide telling me where to look for her. I could’ve found her in about 15 minutes if I’d taken that simple step. I wouldn’t do it, though.

Me and my horse, Brosef, got to know each other real well during my search. He ate a lot of beets, I cooked a lot of venison. I soothed him after all the rattlesnake scares in New Austin, all the black bear scares in West Elizabeth. There were the gators down in Lemoyne, bull elk up in Ambarino, and cougars skulking through New Hanover. I stepped up my cowboy fashion and got some working-class threads. I saw the flashy lights in Saint Denis and then Armadillo turned into a ghost town. I rode one train all through the west (again, looking for the Madam) and a second train all through the east (still looking for the Madam).

Then I found her. It wasn’t from campfire smoke, which I was hoping might lead me to her. It wasn’t her Old World Victrola music, which I was hoping I’d hear from a greater distance. It was an accident. I was getting lazy in my search and had switched to horsie autopilot by using Cinematic Mode. I knew that’d be risky, giving up control of the camera. I knew I could fly past her on my right when the cinematic camera was aiming left.

And that’s exactly what had happened. The only reason I found her is because I’d reached the end of my current waypoint and had to select a new one in order to keep horsie autopilot going. I must’ve been close enough, finally, for her to appear on the map. I was within 50 yards of her. My daughter heard me audibly gasp and asked, “Dad, are you okay?” Yes, sweetie. Dad is okay now.

It’s been a real one. It took purt near a week of my scant real-world game time. So you’ll have to pardon me, Madam Nazar, if I’m a bit hurt that you didn’t break out the party hats and confetti once I finally found you again. In fact, all you did was charge me 15 gold bars (!) for a Collector’s satchel, and another fistful of dollars for some wildflower map. A wildflower map? Apparently I’m redoing my 5th grade leaf collection. This map better be good. I also had to PayPal $10 real-world dollars to Rockstar just so I could get the Collector bag. That thing better be lined with all the gold I paid that conniving Madam Nazar. But I found her. I searched for her long. And now I was going to stick around long, too.

Then some rando shot me in the back, I lost my hat, I hopped back on Brosef, and took off at my horsie's full mediocre speed. You better be here when I get back, Ma'am. [Narrator: She wasn't.] 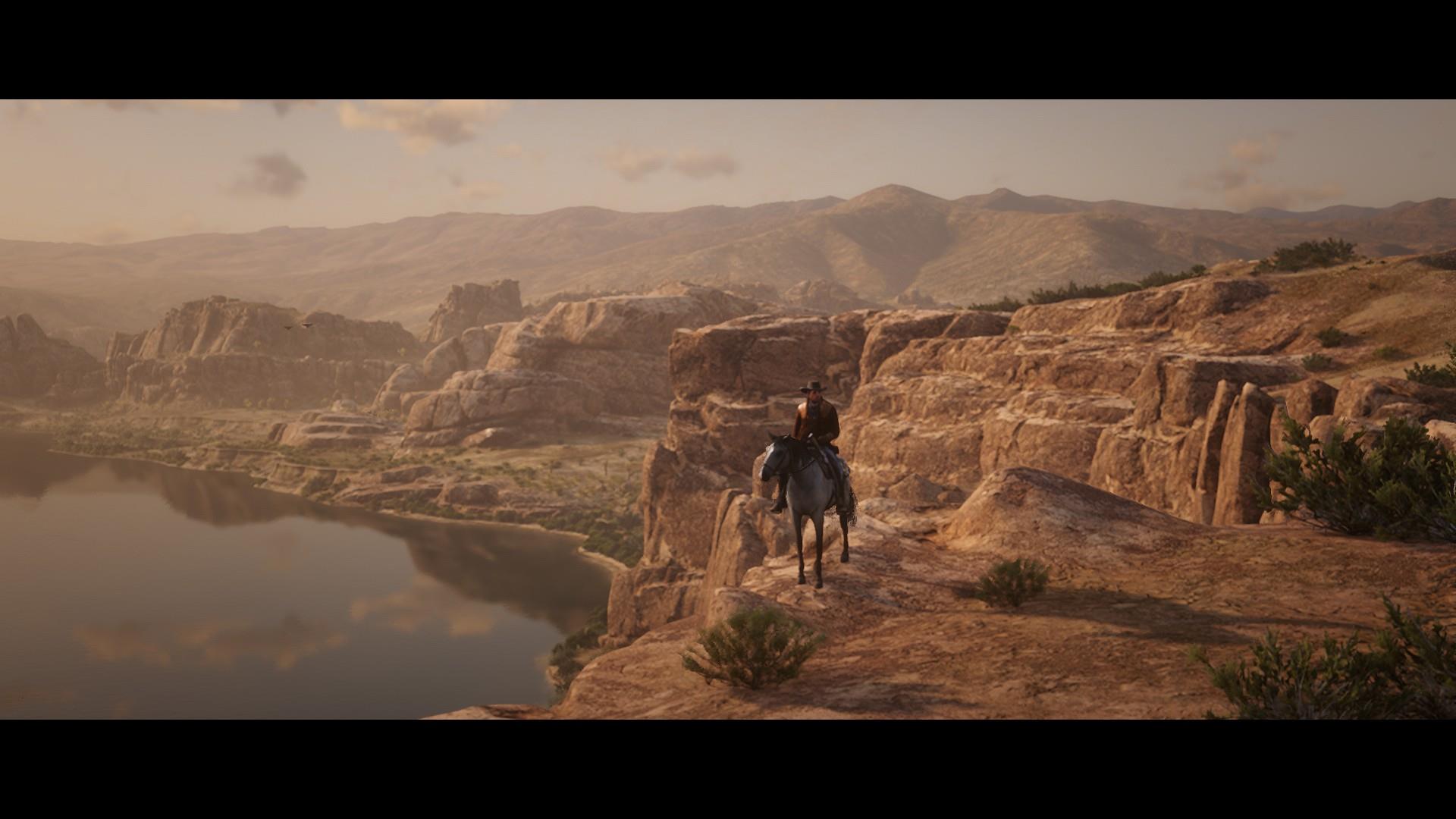