Trying to find my grind in Red Dead Online

In Red Dead Online there are Specialist Roles. Five of them. Bounty Hunters, Naturalists, Moonshiners, Traders, and Collectors. You can go about the length and breadth of the map, free roaming till the cows come home. You can scrape by, like I've done so far, with your meagre sales from animal skins or even more meagre wins from the poker table. But once you're tired of making 30 or 40 cents off a shot-up pelt, or five or six dollars off a luck-of-the-draw round of Texas Hold 'Em, it's time to get serious about the time sink you may find yourself in.

This is not a guide about getting serious in Red Dead Online. This is just me trying to get my foot in the door of one Specialist Role. I'm talking about the Collector. I played a hundred hours of Red Dead Redemption II's single player. Heck, I played a hundred hours of the first Red Dead Redemption. The one thing I enjoyed most out of my time spent in New Austin (and West Elizabeth, and Ambarino, and New Hanover, and Lemoyne) was finding treasure.

It wasn't so much the having. It was more the getting. It was the pulling out of a map, the scrutinizing of a sketched landscape, and the realization of exactly where the X marks the spot. That's the latent explorer in me. Wandering around until you recognize that particular bend of rockface, or that switchback in the trees, that snake eye cut out of an arch, or that Skyrim-like peak sticking out of the fog—those are what make for my most memorable gaming moments.

I'm happy for Bounty Hunters that can snatch a wanted poster off a sheriff's wall and lasso up a paycheck. Or a Naturalist that can spend as much time studying the animal kingdom as I spend studying God's country. Or the Moonshiner that gets a kick out of being a bootleg alchemist in their homesteader basement. Or the Trader who's so good at "using the whole buffalo" that they'll plop down 15 gold bars for a butcher's table and make that money back in spades.

As for me, hand me my lantern and binoculars. Strap those excessive saddle bags onto my packhorse. I'm bringing my shovel for archaeological digs, a compass to point me in the right direction, and a metal detector (!) to know when I'm standing atop something valuable worth digging up.

But first, I have to find this doggone Madam Nazar. She looks a little shiny in her picture there, not just from her necklace of coins and her dangly earrings, but from the dark and stormy night that came about when I first found her. It was somewhere off to the side of a tributary road. Nothing else around but her wagon advertising fortune telling, and some Romanian ditty playing on a Victrola record player. I don't know that Madam Nazar is Romanian, but Rockstar has always used stereotypes to good effect, so it would make sense for Madam Nazar to be a Romanian Gypsy.

The problem wasn't finding her the first time. The problem is finding her the second time. That's when her marker is removed from the map. Not only that, she travels around daily and will be randomly found in one of 12 possible locations. And it's a big map. This afternoon I rode from Tumbleweed in the far west to Annesburg in the far east. Barring two wolf packs and a black bear attacking me, I'm sure it took the better part of an hour to make that trip. I was hoping and praying I'd just stumble across Madam Nazar in my travels. I didn't. I'd have to be luckier than a Royal Flush to have done that. But I'll keep looking. You see, in order to get started on the Collector path, you have to find her on your own that second time, and Red Dead Online has intentionally made it difficult to do so.

Like I said: no map marker to help you out. Just a dozen different places to check, and you'd only know where those dozen different places are if you consulted a guide—whether online, offline, or otherwise. I feel like I've cheated just by learning there are a dozen places she could be. But I'm stubborn enough. I refuse to read up on it further. If and when I find Madam Nazar, it will be because I did it exactly in the way Rockstar intended I should do it: brain-fried with my hair torn out, frustrated and ready to rage quit. Oh I'll do it, Rockstar. Yes siree Bob.

Unless Rockstar intended for tribal knowledge of her whereabouts to be passed around in a more oral tradition. Then I might start hitting up the RDO community for help in tracking her down. Because I'm ready to find my grind. Ready to crawl through abandoned camps or digging up treasure chests, snatching old family heirlooms or even piecing together a deck of tarot cards scattered from hell to breakfast.

But my first challenge is finding that dang gypsy. I've been searching for three or four actual days now, at least in my scant game time each night. But why am I here if not to track down and unearth hard-to-find things? Things and people. Madam Nazar? Where you at? Don't make me come find you. 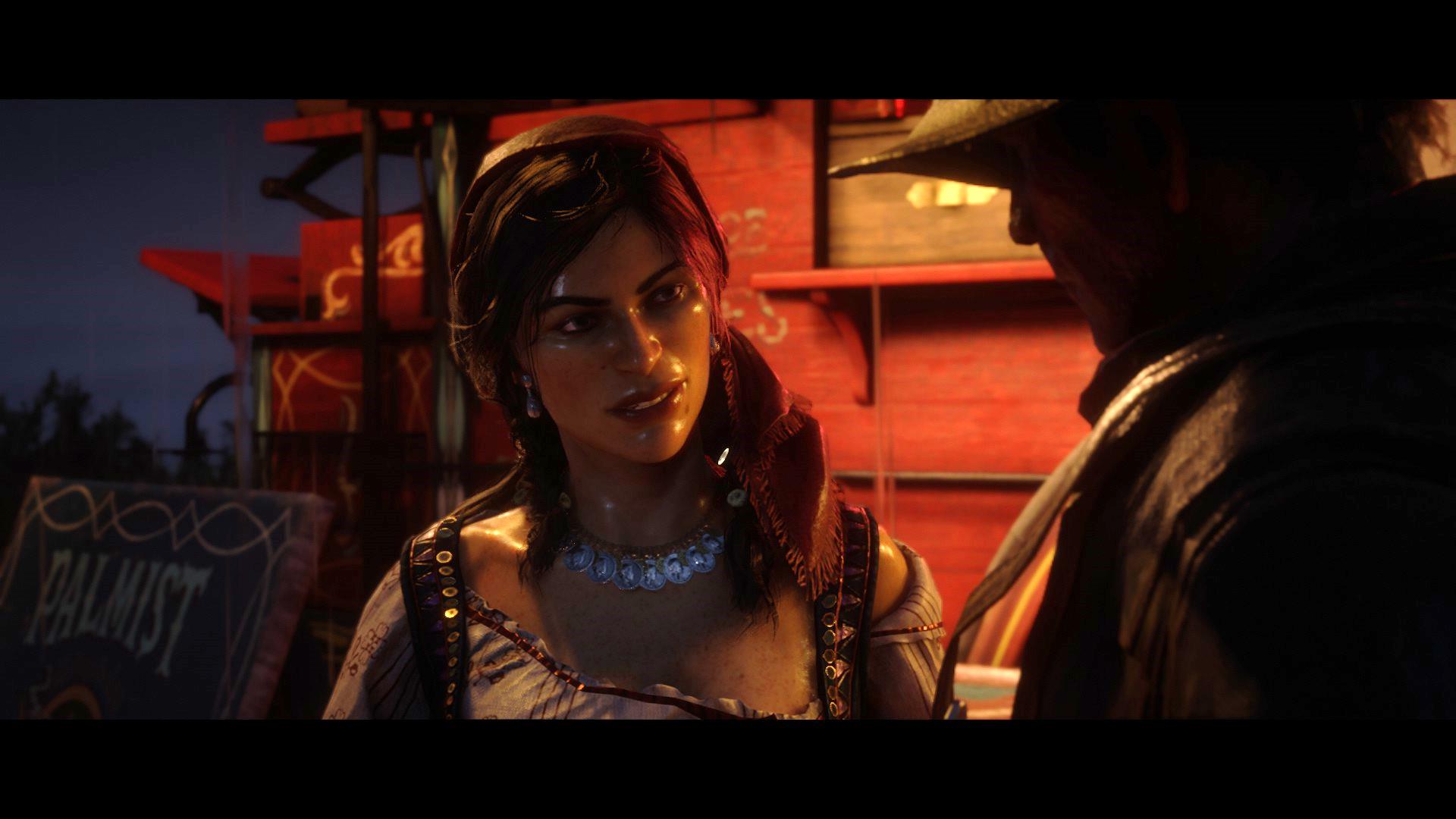