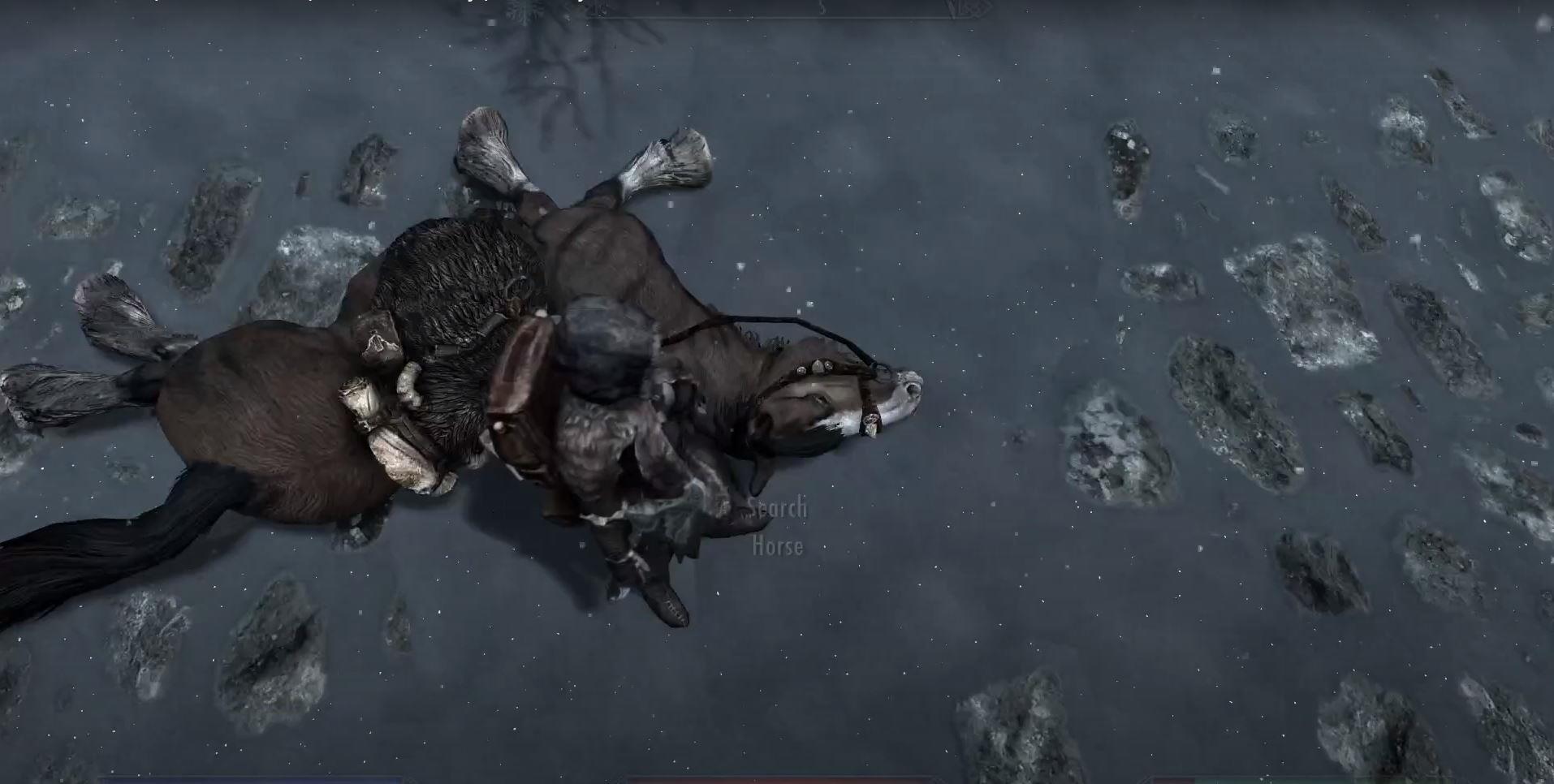 Look, I'm not doing anything you can't do. You too could be doing a slow-play Survival Mode vanilla Skyrim playthrough. You could keep your finger off the sprint button. You could buy out every innkeeper's entire menu just to get you through lunchtime. You could be stuck with nine-year-old Bethesda bugs that are fixed with mods but you don't want mods preventing you from getting achievements.

You could also get frostbite for 24 hours because you refuse to find shelter from a sideways blizzard when your whole wizard class is on a field trip to the first settlement established in Skyrim by the founding fathers. That was last episode.

I like how your average Nord doesn't like magic one bit, but it's the magicians unearthing Skyrim's ancient history. And a lot of Nords seem pretty interested in ancient history. At least their particular place in it. Cherry picking which parts give them manifest destiny over all of Skyrim's square miles, or at least eminent domain. All those other milk drinkers never should've come here.

In this blind playthrough of the mage storyline, I continue the walk from the College to an Archmage-sanctioned mission taking me across the entire blisteringly cold northern stretch of Skyrim to eventually (one day) land in the swamps north of Morthal. I make it as far as Dawnstar, only halfway there, and I accidentally took the scenic route.

I somehow killed Lydia very early in her career as my housecarl, and I prematurely dismissed a companion I hired in Candlehearth Hall back in Windhelm just before I joined the College. So I'm alone. Which means I'm getting quite comfortable with summoning a 60-second fire atronach for every real fight. Thanks for selling me the spell for only 30 gold, lady stopping applicants at the door to the wizard school!

Random stuff that happens, because Skyrim:

Back in 2011 or so, when Todd Howard said he wanted to make a game that people could "play forever," I'm pretty sure I typed LOL for the very first time in my life. But now, after playing it for nine years straight, I've turned that LOL into an FML. But play what you wanna play, and play how you wanna play.