After nine years of Skyrim, I'm finally off to see the wizard

In nine years of The Elder Scrolls V: Skyrim—or as I'm going to start typing it, SKVRIM—I've never been a mage. Not really. I've dallied with the idea, but I've always appreciated a more hands-on approach to dealing with enemies. My first and only complete playthrough of Skyrim's main storyline was as a "sword and board Nord." Meaning that I used a melee weapon and a shield.

With more recent characters I've become even more magic-phobic, using only iron and steel weapons and armor, no enchantments, and only bowls of homemade soup to keep me healthy. Aside from being an outright racist towards NPCs, I've become more and more like the xenophobic Nords with each playthrough.  For a game about dungeons and dragons, I sure like to keep my fantasy-fiction real low.

But it's time for something new. Magically new. I'm going full mage. As full mage as I can stomach, at least. Which means I'm still keeping an axe on my hip and a bow on my back. At least until my mana gauge gets a whole lot longer, to deal with threats exclusively by finger-waggling; and at least until there aren't any dragons for me to target with arrows, because flamethrower hands are only just so useful against something that can cover the length and breadth of Skyrim faster than I can scroll across the map screen.

Skyrim is classless, meaning you can build any class of character you want from the ground up. I love it. Love it, love it, love it. But if I were to choose a class from all the previous Elder Scrolls games, I'd say I'm building a Spellsword class. It's right there in the name. A little bit of this, a little bit of that. Light 'em up, cut 'em down. It's a testament to how Plain Jane my previous characters have been when, for instance, setting a target on fire is the most magically delicious I've ever made my combat scenarios.

So, in this video, I'm off to wizarding school for the first time. Well, off to wizard school for real this time. Again, I've dabbled in the College of Winterhold a time or two in the past, but the "backpedaling mage" was never my favorite combat style, so I never got far with those character builds. By the time we reach the end of this video, it's the furthest I've ever gone down that track.

To the chagrin of my fellow staff writers here at Gaming Nexus—they call me masochistic—I tortuously walk wherever I go. That's right. I don't leap over mountains. I don't swim if there's a bridge. I look for the path, and I set my feet upon it. Sure, there's a whole lot of Skyrim (sorry, SKVRIM) that's off the beaten path, but getting to know the roads is just as joyful of an exploratory experience as heading off across the trackless landscape. I'll just be walking when I do it.

I'm playing "vanilla" Skyrim because I don't use mods. Not even the Unofficial Skyrim Patch mod. I'm taking Skyrim at its best and worst. But I have purchased some Creation Club items over the years. Mostly sets of armor, but also Survival Mode and the Camping set. That's why you'll hear me shivering through my teeth and see the screen turn blue if I get stuck out in a blizzard. It's why I will hold a torch in the middle of the day because it adds 50 points to my Warmth Rating, but I also have to put the torch away and pull it back out every five minutes or the torch burns out (but it lasts indefinitely when you pocket the thing and retrieve it again. I know. Weird). And, since Survival Mode basically cuts your carry capacity in half, that makes Backpacks a necessity. All of it's official, no mods, but it warrants mentioning since saying I'm playing purely vanilla Skyrim would be a bit misleading. You won't find any Thomas the Tank Engines flying around in my game, though.

With apologies to Dorothy and Co., I'm off to be the wizard. I've always been too cool for schools of magic, but not this run through. Also, I question the viability of my walking-only style of transportation when I catch full-on frostbite during the very first mission. We trekked slow and steady through a blinding snowstorm that shriveled my health bar down to about 20 percent. I had to change out of my wizard robes and into fur armor because it's warmer. At the last second I tried running ahead to get indoors and out of the cold, but the door was locked. I ate the one bowl of expensive hot cabbage soup I'd made to warm me up a bit. Even tried conjuring a flame atronach, hoping I could survive off its fiery embrace. Nope.

We made it. I almost died of exposure, but we made it to the start of the first mage college mission. This is my version of playing on hard. Thanks, Survival Mode. 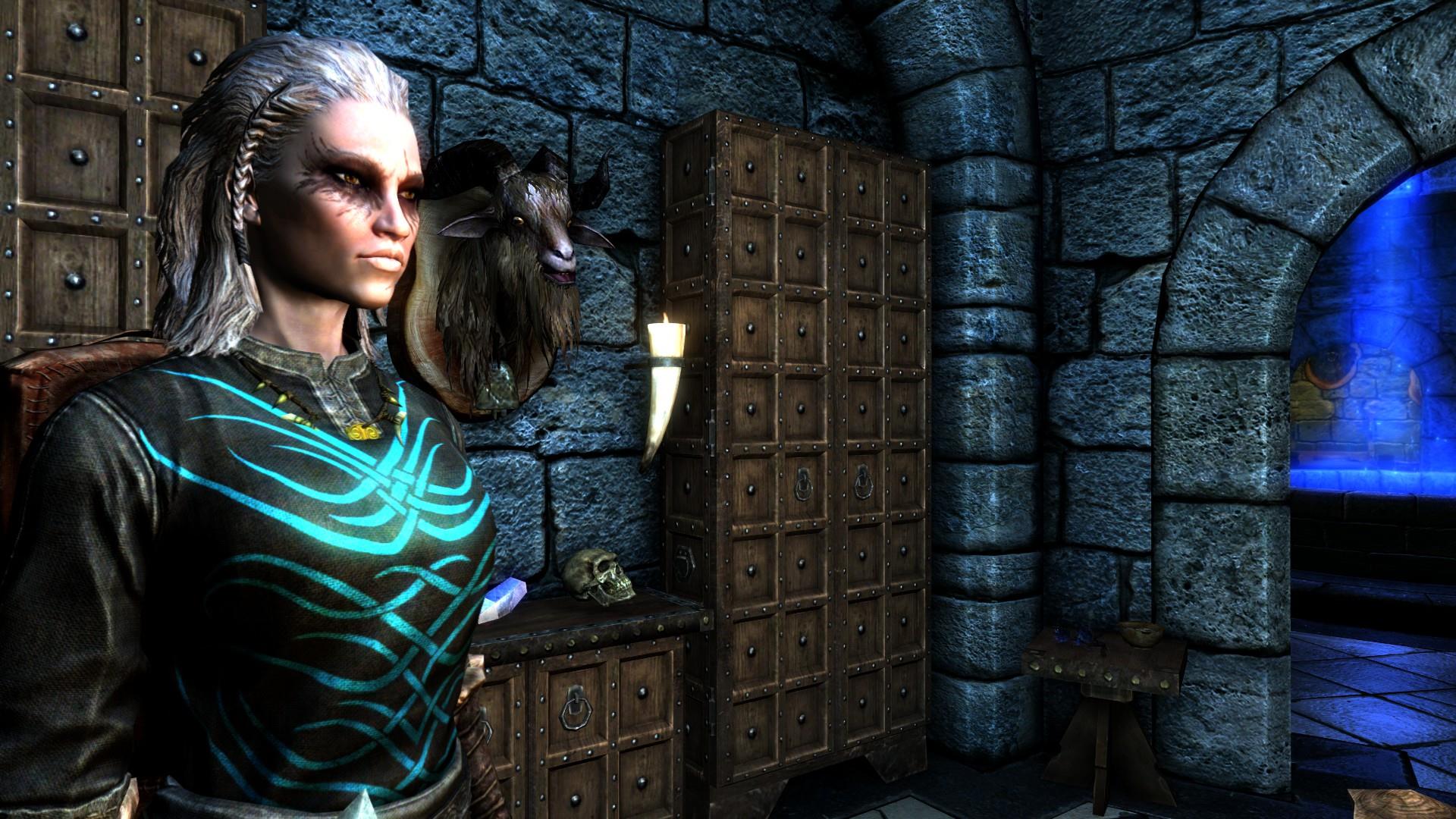