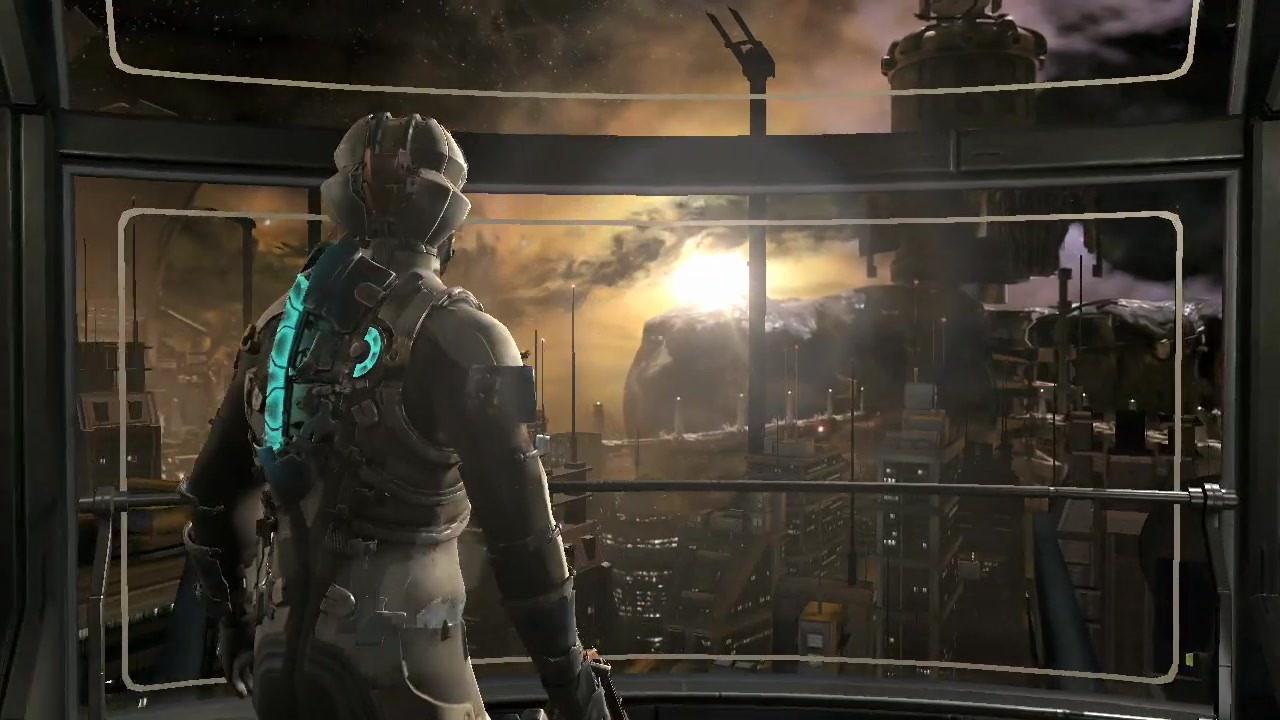 This 3D home tour just turned into the best accidental game of 2020. Facebook's new game streaming service is definitely here to sell ads. And this guy put all his knowledge of video game development into the design of the 2021 Ford F-150.
So, what are you playing?

I finished my annual Halloween replay of Dead Space 1 and 2, and now out of a sense of obligation I'm choking my way through Dead Space 3. This game is incredibly frustrating because it's clearly like two-thirds of a good game. The setting is compelling; the first half taking place in an ancient, orbiting flotilla of derelict colony spaceships, the latter half on the frozen ice world below. The idea of surviving day to day in a spaceship graveyard is extremely compelling, but like everything else in Dead Space 3 it feels compromised and abbreviated.

I like many of the characters as well, like the crotchety old engineer Buckell or the cute African archeologist Santos. But—spoiler alert—they both meet abrupt and needless deaths and don't get the development they deserve. Meanwhile Isaac's obligatory block o' wood co-op partner Carver is utterly forgettable, and a crying waste of the original concept of a split-personality Fight Club situation that would haunt Isaac throughout the game.

Dead Space 3 also stretches the gameplay way too thin. The horror aspect is subsumed by needless action set pieces that rob the experience of any suspense or dread, and the balance and pacing go out the window. The resource gathering and weapon crafting, while cool mechanics on paper, destroy the tense arsenal and ammo balancing that made the first two games so compelling and satisfying. The attendant microtransactions kill what's left; you start with guns that feel so puny and slow but end up with overpowered monster guns by the midgame, with no nuance in between. As a result, the game just throws horde after overkill horde of Necromorphs at you in a vain attempt to present a challenge (or get you to splash on those microtransactions), and the resultant excess removes most of the survival and horror from what is ostensibly a survival horror game.

I feel for Visceral Games, I really do. It's clear they had some fantastic ideas for Dead Space 3 but EA just could not leave well enough alone, and mandated the inclusion of so many needless mechanics, compromises, and pay-to-win nonsense. The result was the shuttering of Visceral, the creative leads moving on to greener pastures, and a once promising sci-fi horror franchise is now dead and buried so deep that I don't even think the nefarious powers of the Red Marker could reanimate it.

With the lull before Destiny 2: Beyond Light drops in mere days, I’ve taken a short break from my ever-constant grind. Luckily, there’s still lots to do in game, but a few other things I’ve had time to get around to.

Rainbow Six Siege just started its Halloween event. Sugar Fright is bizarre and wonderful. Some of the operators have been turned into Muppet-style puppet figures, with bulging eyes and gaping mouths. It’s unsettling, but not in the scary way you’d normally associate with Halloween.

I’ve also revisited an old game, The Talos Principle. I played it when it first released on PS4, but I decided recently that I want to boost my internet ego slightly and go for the platinum. With Portal popularizing that particular first-person puzzle subgenre, I’m disappointed that The Talos Principle has remained as relatively obscure as it has. By no means as stylish and witty as Portal, or gorgeous as The Witness, it’s undoubtedly one of the best puzzle games of the last decade. With overt religious and philosophical themes, it’s a game more people should give a try.

I have been playing Watch Dogs: Legion for review on Google Stadia. This is the first AAA title that Gaming Nexus is reviewing on Stadia, and so far the experience has been stellar. As I have small kids in the house, I relish the ability to play on my TV, then dip over to continue on my laptop when the kids start paying attention/things get too spicy (these Ubi Londoners love tossing f-bombs in every direction).
While I don't want to spoil anything for my review, I will say that walking around London in Legion is a technical wonder. I'm thinking of recording a bit of gameplay to write a post specifically about the ways that Ubisoft brings the city to life through ambient noise and attention to detail. Keep an eye out for that one—coming as soon as I have time to pull it together.

Baldur's Gate 3 is basically the worst Dungeon Master. Look, I've been on both sides of the DM's screen since I was in high school. I've gone through that phase where it's The DM vs. The Players. It's brutal. You remember how volatile relationships can be in your teenage years? Then you can imagine how many friendships are make-or-break based on a few 20-sided dice rolls. The AI, aka the DM, in Baldur's Gate ain't here to make friends. It's you vs. the DM all over again, just like in high school. But I'm liking it! Maybe I'm still riding that character-creator high. Maybe Skyrim keeps me sane between Baldur's Gate full party wipes. Sometimes it feels like I'm hate-playing it, and sometimes it feels like my palate is starting to appreciate environmental-puzzle-heavy tactical RPGs.
I asked our Slack channel: If you had to choose, with no justification for your answer, what would your Game of the Year be right now? Unexpectedly, even to myself, I said Hardspace: Shipbreaker. And then I scratched my head. I mean, speaking of puzzle-heavy games, Shipbreaker is exactly that. A deconstruction simulator. A sci-fi horror where the horror isn't aliens and Nuke It From Orbit, but low oxygen and crippling debt. It's a hull breach and a volatile reactor. It's watching your fingers lock up into a claw shape when your splitsaw hit an electrical junction box. It's blue collar horror at its best, in other words. And if Valhalla doesn't reinvigorate the Assassin's Creed series for me in a couple weeks, Hardspace may very well zero-G it's way to being my Favorite Game of the Year.

I think this weekend I'm going to dive into some old PlayStation games I've been meaning to play. I've always had fun with MLB The Show so it's time I start another career with that game. Playing up through the minors and trying to make the big leagues has always been fun for me, and MLB The Show is the best baseball game out there right now.
I've always vowed to be more active at home so I'll be doing more sessions of BOXVR and Creed: Rise to Glory. BOXVR seems to be doing a good job getting my heart rate going and there's some scores of Randy's I have to beat in Creed Rise to Glory. I must break you, Randy.