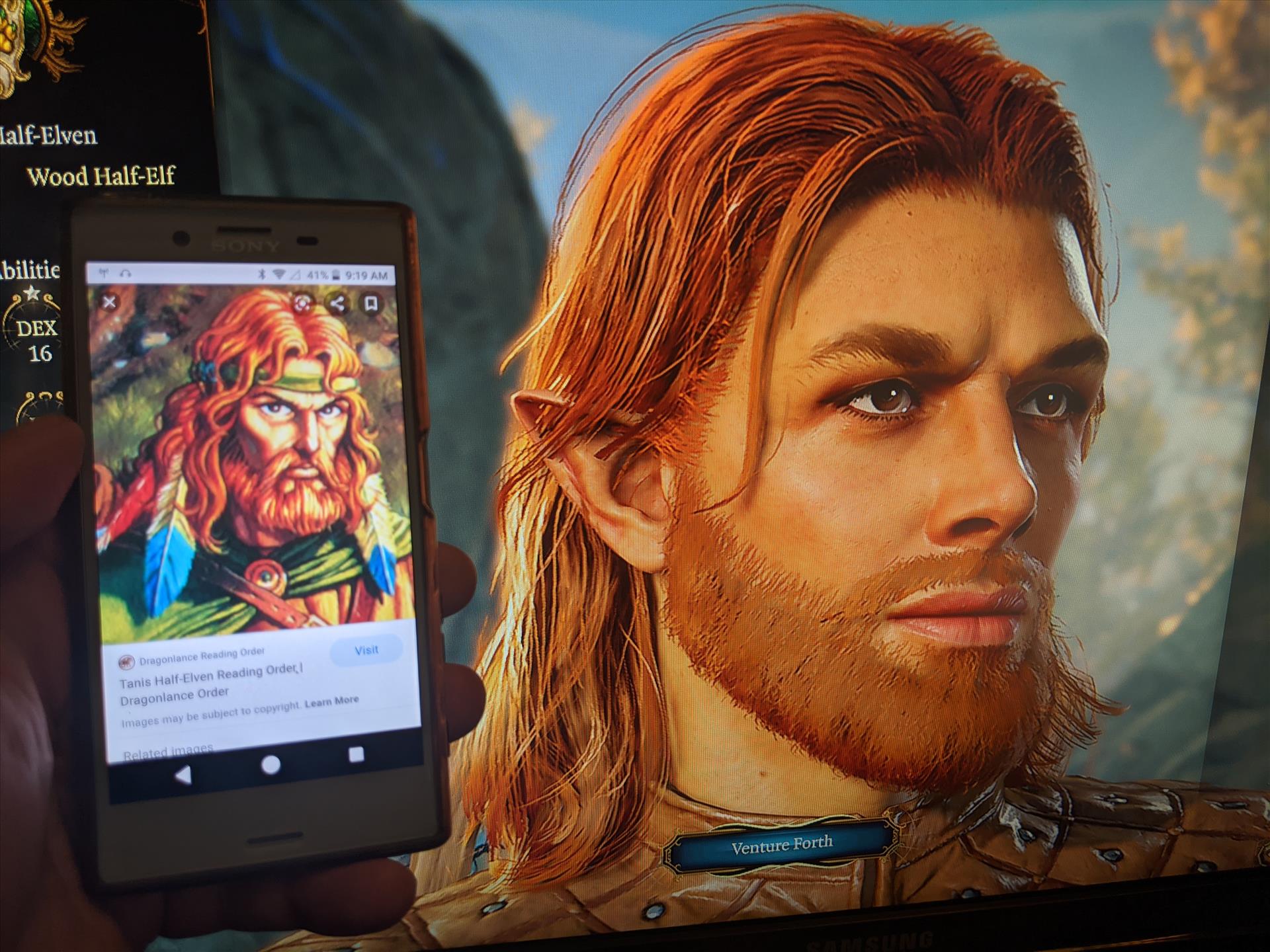 They covered a Fellowship of the Ring-sized group of adventurers in a fantasy universe that featured more dragons than anyone had ever imagined in any one Dungeons & Dragons world. Not to mention an Avengers' worth of solo origin novels to round out everyone's story even further. 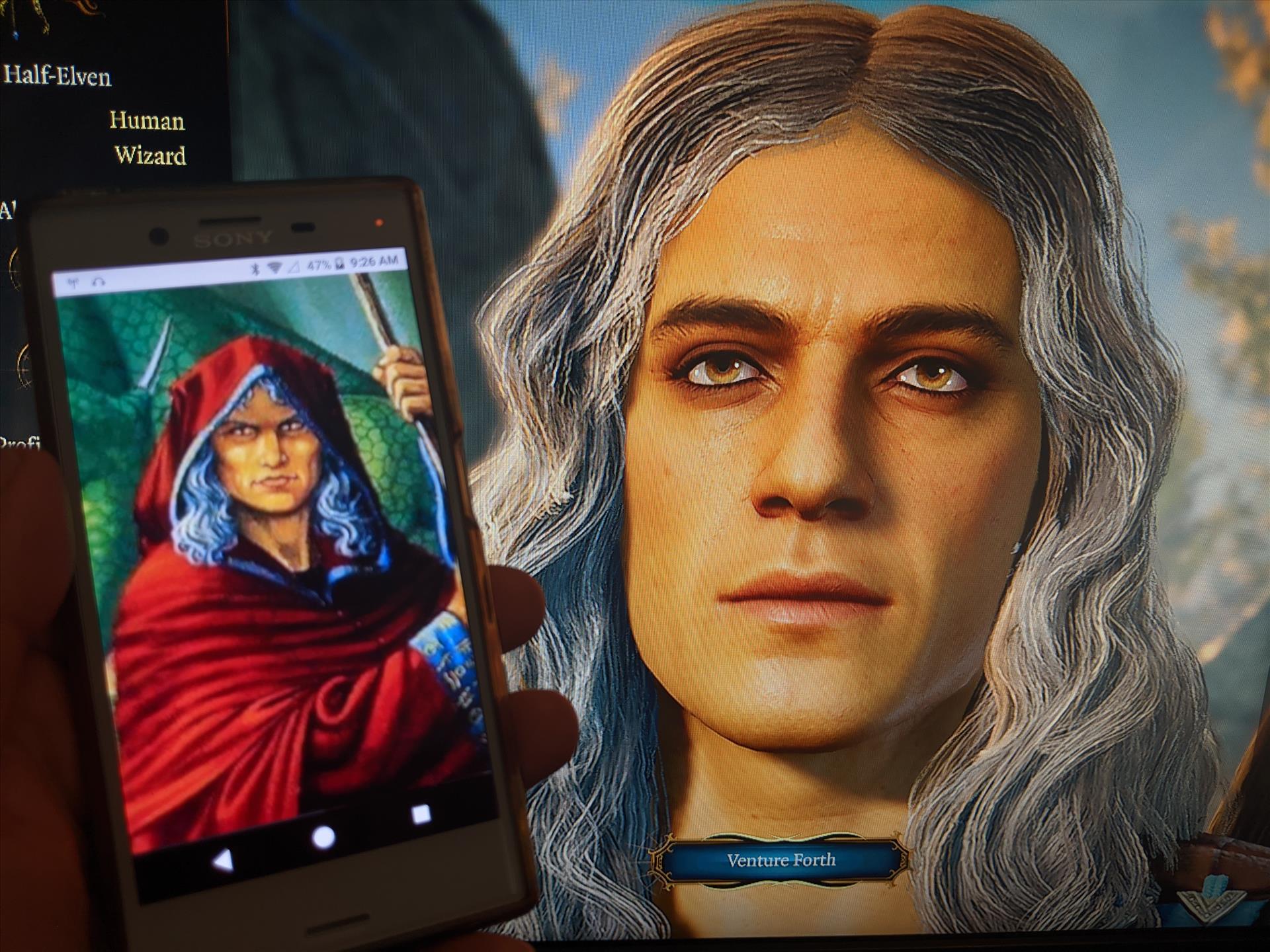 Adventure, romance, Otik's Spiced Potatoes. It's been a good 30 years since I've read them, but I remember the smoldering love triangle between Laurana, Tanis Half-Elven, and Kitiara. As a hormonal tween, I fell in love with Tika Waylan and I don't even remember why. There was Caramon and his twin brother, Raistlin, whose robes grew darker and whose cough grew worse with each novel. Flint Fireforge was a necessarily grouchy dwarf, offset by the necessarily hilarious Tasslehoff Burfoot. And there was the oathbound old schooler, Sturm Brightblade. I can name each and every one of them, whereas there are books I've read in the past month who's main characters I've already forgotten. 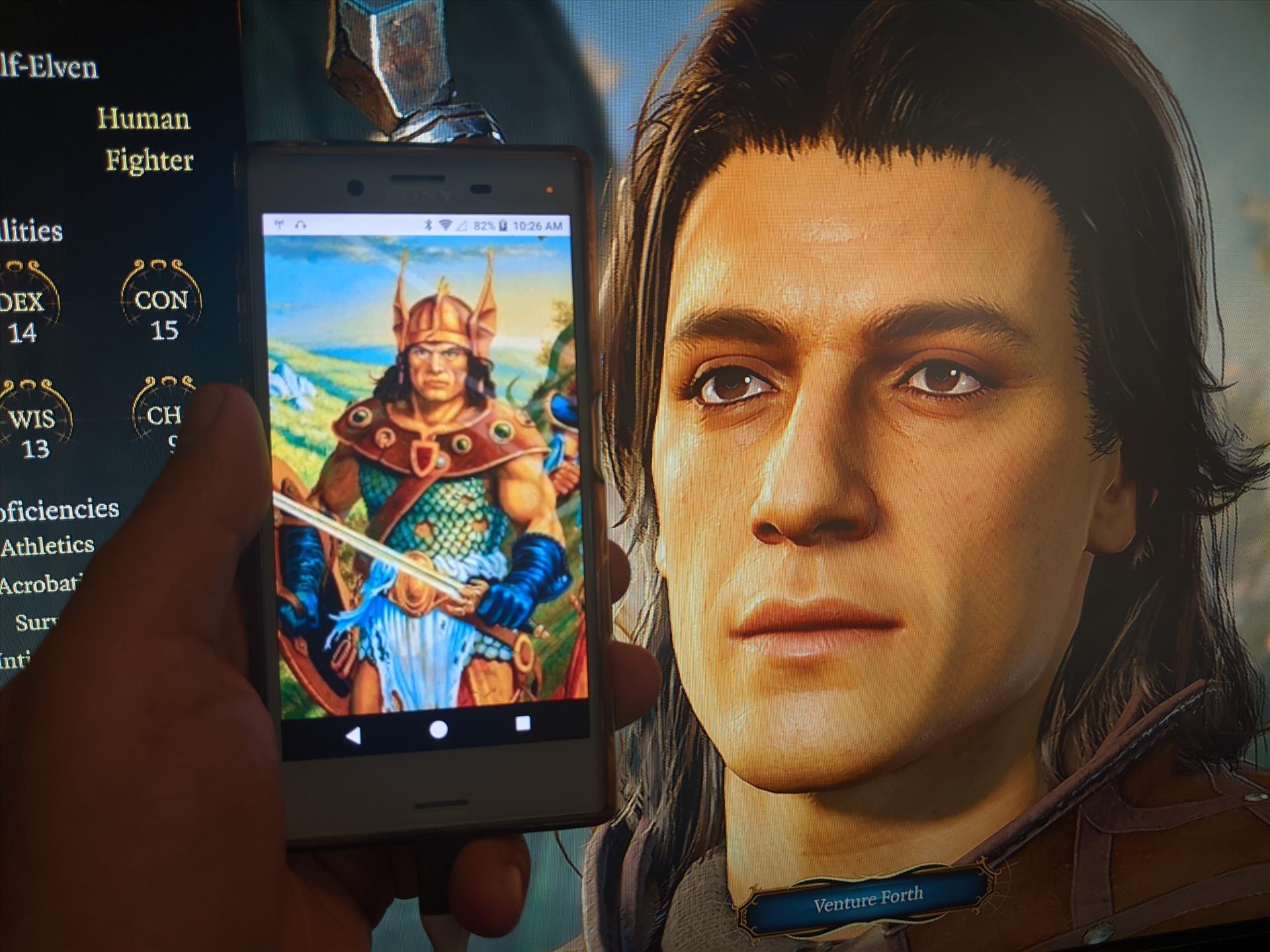 Which brings me unexpectedly to Baldur's Gate 3. For an early access game, it certainly runs like an early access game, but with a full retail price. That's neither here nor there. But my first dozen hours in-game haven't been spent chopping mindflayer tentacles or bashing intellect devourers' brains into the sidewalk. I've mostly been hanging out on the character creation screen. 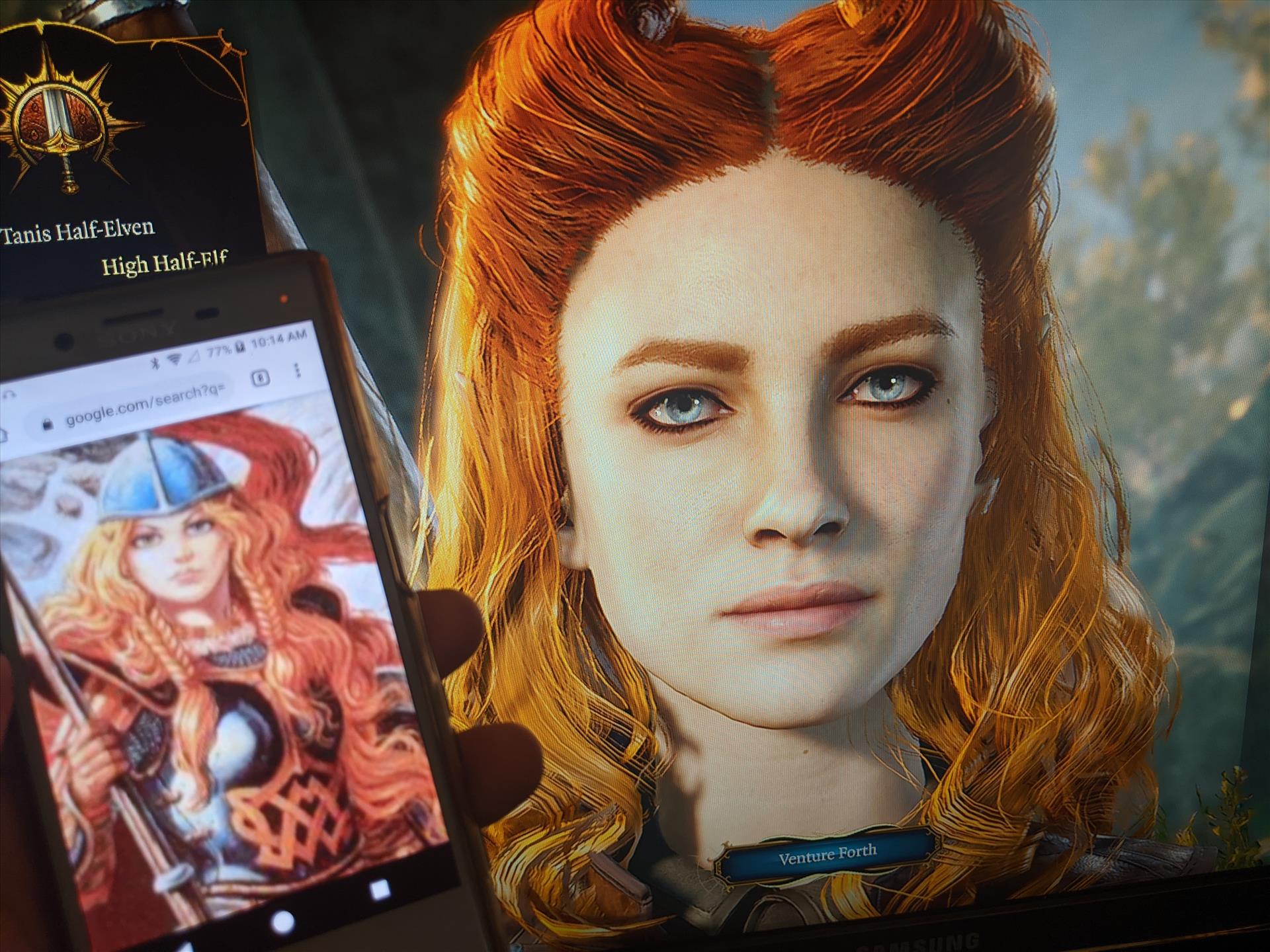 The characters are gorgeous. Aside from the intentionally bulbous features of dwarves and halflings, everybody looks like a runway model, with enough eye, skin, and hair colors to make the RGB on your desktop PC jealous. It's a character creator that's deep enough to give you a small emotional connection to your character right off the bat. But not crammed with so many ear, nose, and forehead sliders to leave you agonizing over cheekbone height or brow depth. 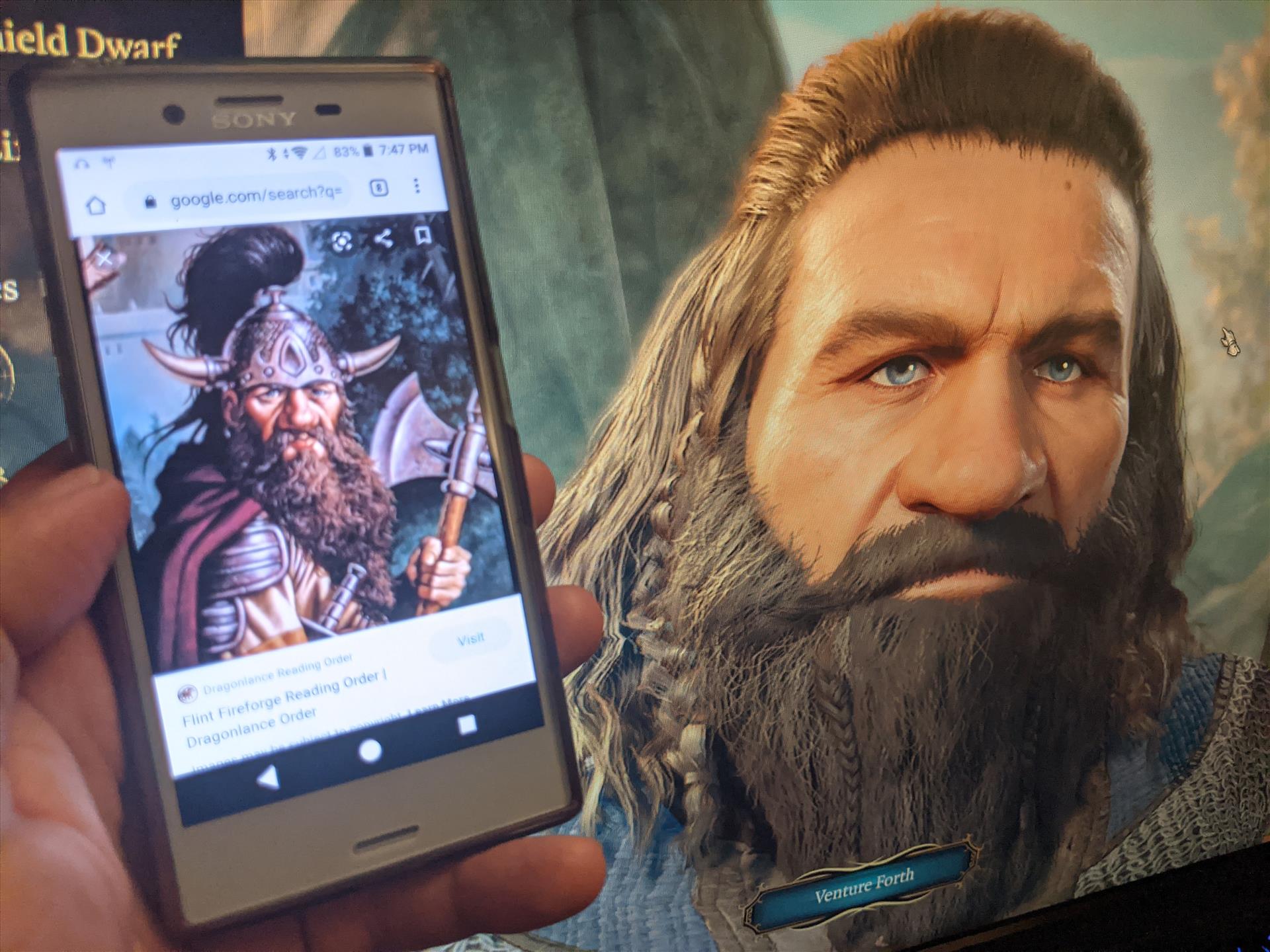 And also, with a little bit of imagination, and if you squint your eyes a little bit, it'll let you make some characters that faintly resemble those '80s Dragonlance characters you grew up reading. The twins, the love triangle, the buddy comedy, the old salt—all of them. Artist Larry Elmore was my dude back then. He was my foot in the door of tabletop role-playing. His pen crafted the pinnacle of fantasy art, as far as I was concerned. And so, in his honor, and in honor of Weiss and Hickman who built the world of Dragonlance from the ground up, word by word, I used the Baldur's Gate 3 character creator to see what a Dragonlance video game might start to look like, 30 or so years later. 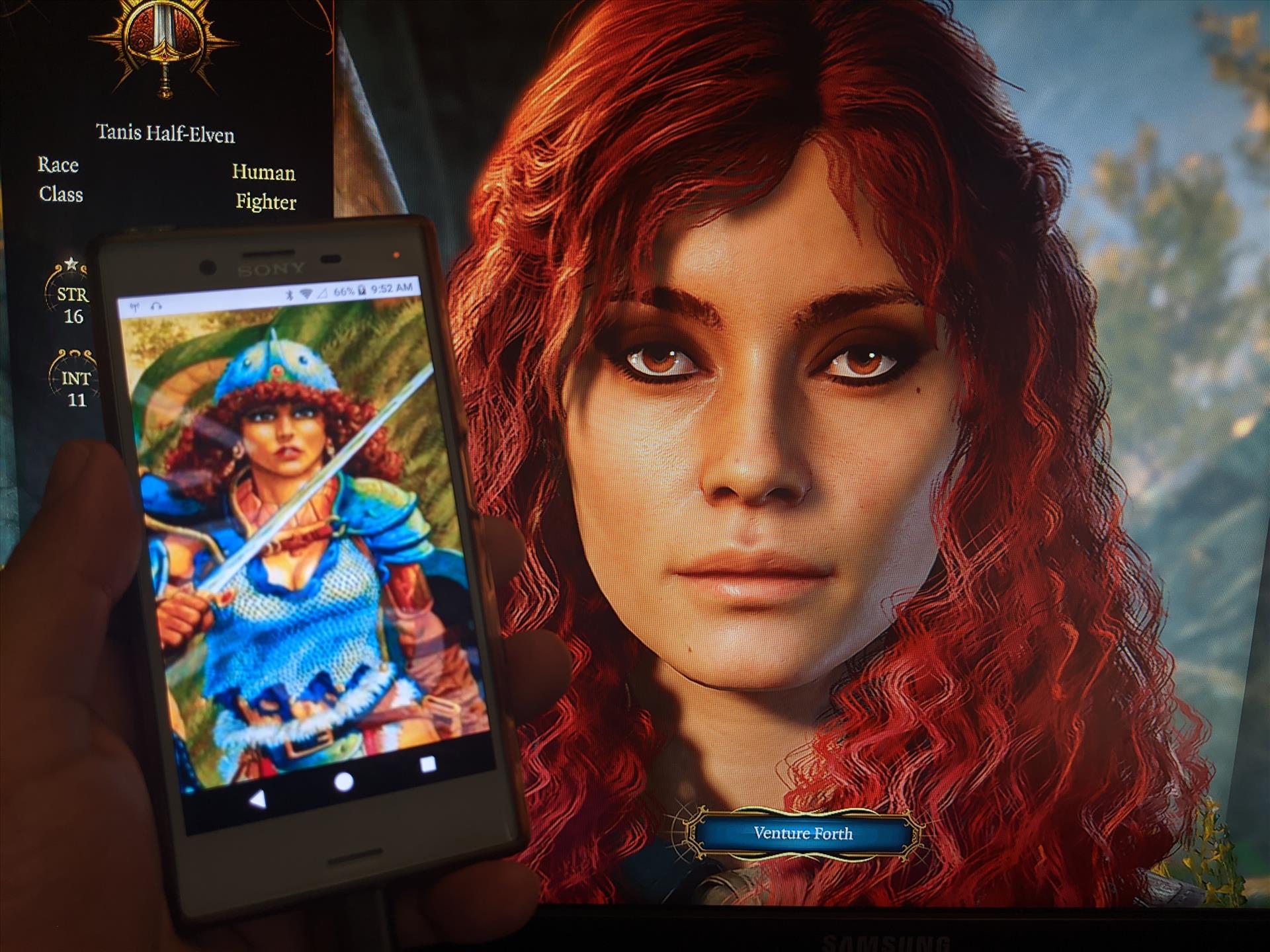 You'll have to pardon where the name, race, or character class doesn't align 100 percent with the character onscreen. I was too excited, hopping from one person to the next to remember all those small, important details. Like, Laurana is an elf with blonde hair, I know, but the half elves had a closer resemblance, and Elmore's artwork would rather just have everyone be a ginger. And, in the case of Tasselhoff, I used a female elf, which had the closest facial structure I could find for Dragonlance's not-exactly-halflings kender folk. All their likenesses are hit or miss. Again, you'll have to squint a little. It was all done in good fun. But I can see it, all right. I remember who these folks are now. Remembered them without even having to be reminded of their names. 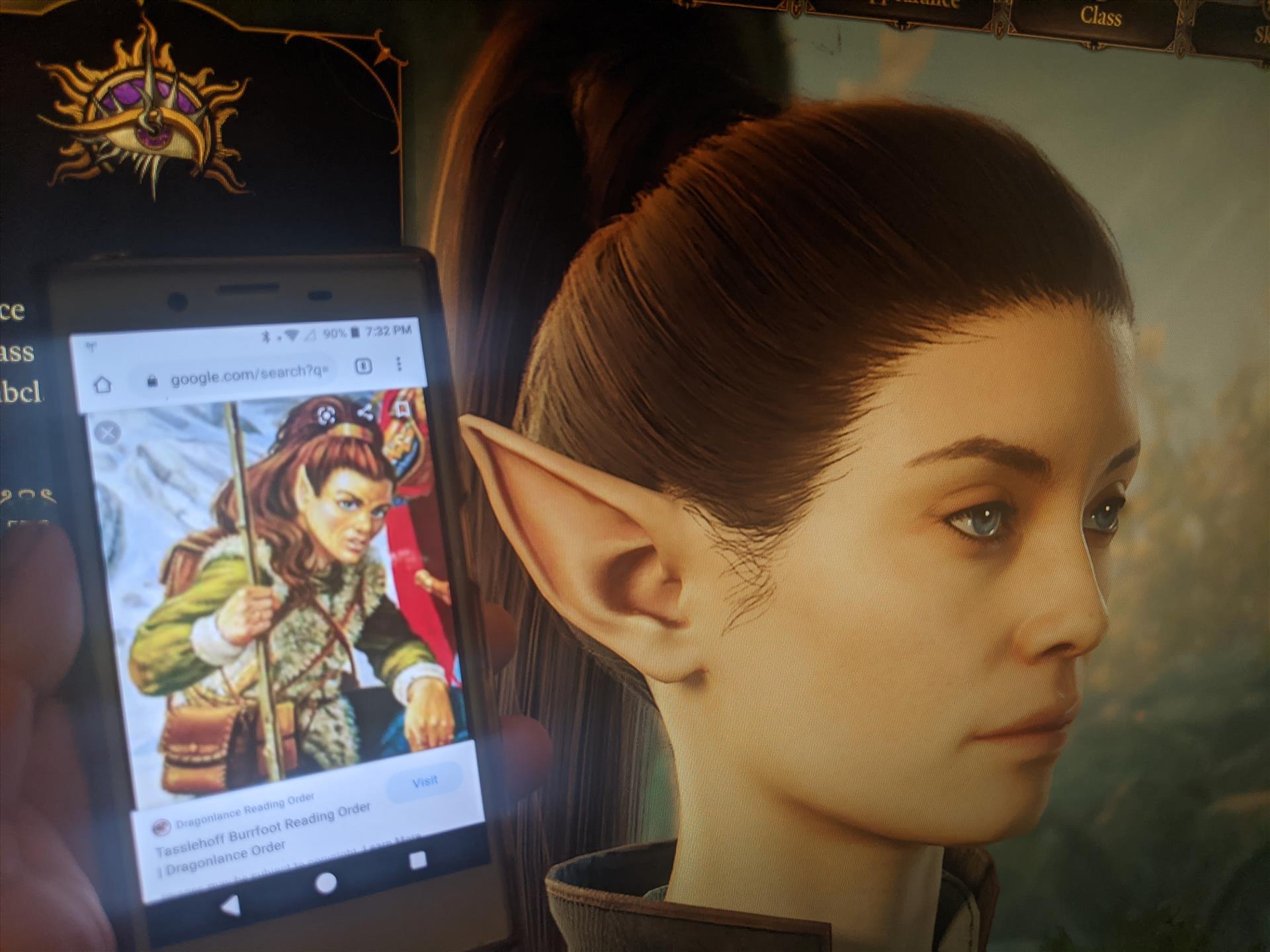 I guess I should play some more Baldur's Gate 3. It's pretty neat so far, early access bugs and all. But I have to admit, I spent far more than my fair share of time just generating characters. Rolling and rerolling their ridiculously good-looking faces. Baldur's Gate 3 is my Early Access Game of the Year, if there was such a category, and don't tell anyone, but it's probably because Larian Studios has let me take a trip back to my Hunger Games, my Harry Potter—the world of Dragonlance.