The PC launch of Hunting Simulator 2 [official site] is today, July 16, following the June 25 launch on PlayStation 4 and Xbox One. A Nintendo Switch release date is still TBA.

Over its predecessor, Hunting Simulator 2 is all about bigger, more varied natural environments. "The game provides many hours of challenges," which I can attest to, since sometimes I've been out on a slow walk for an hour and might've only bagged one or two critters, and there are 33 animal species in the game. Actually, the press release claims there are "over 33" animal species, so it's unclear whether that means 34? Maybe 35? There are also 70 weapons and accessories—from shotguns to crossbows—along with 90 official clothing items—from boots to ball caps to backpacks.

I'm enjoying my time with Hunting Simulator 2, you can tell. Especially since it's the most natural evolution (or perhaps predecessor?) to the walking simulator, a disparaging genre tag that I know and love. Or at least appreciate. 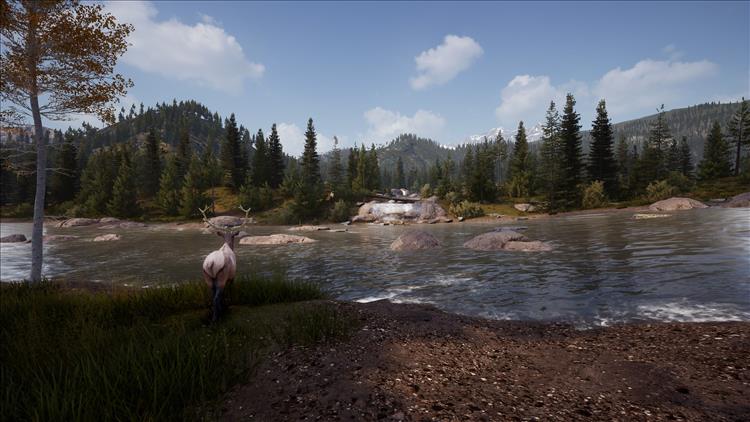