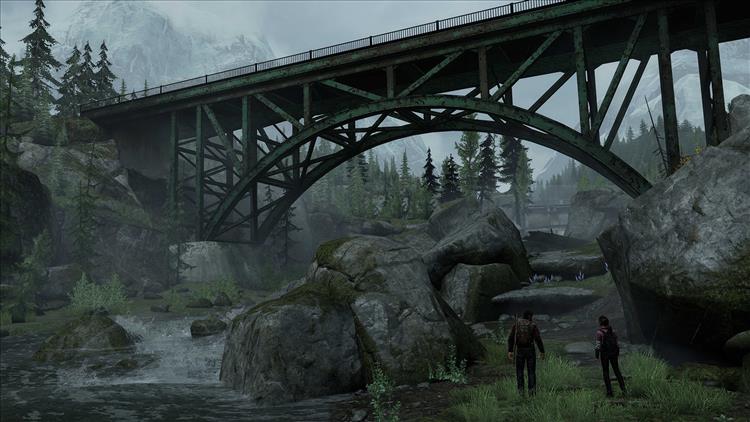 Sorry, Skyrim Grandma, this 90-year-old is the Guinness World Record holder for oldest game streamer. Amid delays and cancellations, the pandemic-proof video game industry just hit a new quarterly sales record. And in case your stimulus checks are much higher than mine, here's a $14,000 cockpit chair that is a gaming cave unto itself.
So, what are you playing?
Sean Colleli
With the whole The Last of Us Part 2 kerfuffle I also decided to revisit the first game, and then I remembered why I’ve only ever gotten a few hours into it and resorted to watching Let's Plays. This is an unpopular opinion but I think The Last of Us is kind of overrated. Now I’m not saying it’s a bad game because what is there is very well done, but it’s mostly surface level; it’s a game that is very much style over substance all the way through. The combat, stealth, crafting, survival horror and exploration have all been done better by older games and in The Last of Us they’re a bit too compartmentalized, like the game mechanics are there to float you from one super-duper sad and serious cutscene to the next. Once you get past the plot’s initial tragic gut-punch it’s clear that the story is fairly cliché and doesn’t have a whole lot going on other than pandering to the basest emotional triggers. Once again I stress that these things are extremely well done, but there’s absolutely nothing groundbreaking about The Last of Us, outside of the graphics Naughty Dog pulled off on the obstinate PS3. I think that if a work of fiction makes people cry they’re a lot less likely to judge it objectively, and I think that’s what happened with a lot of critics and The Last of Us. It strikes me as just one more game desperately trying to be a movie and kind of missing the point of what makes gaming a unique art form in the first place, because Children of Men was the exact same movie and did a much better job of it years ago. Suffice to say, I’m even less excited about The Last of Us Part 2 than I was before revisiting its predecessor.
Eric Hauter
Between reviewing games and several years worth of PlayStation Plus giveaways, my PlayStation library is almost as enormous as my Steam library. As this week has been rainy and gross, I've been jonesing for a new game to play, but I'm trying not to spend any money on new games at the moment. So I dug into my overflowing library of unplayed games, and emerged with Rayman Legends.

I've long heard that this game was amazing, but its reputation doesn't begin to do it justice. What an amazingly fun and clever platformer this is, challenging almost from the very first level, but still a ton of fun to play. I also got hooked on the daily challenges, which are ridiculously difficult "get as far as you can" sorts of things, that apparently people are still engaging with after all these years.

I've also been playing Embr, in early access on Stadia. I wrote up a preview article on the game, which is already looking fantastic. In a time where we don't see very many original ideas, Embr strikes out and creates almost an entirely new genre. Impressive stuff.
Randy Kalista
I want to use a bastardized expression "Like a bat out of Wuhan," but I guess I'll settle for going to Hades in a handbasket. After Bastion, Transistor, and Pyre—all of which dressed to the nines (out of tens) at Gaming Nexus—I'm done waiting for Supergiant Games to officially launch this one. Hades already packs an Overwhelmingly Positive 98 percent over on Steam, and many of the reviews say some version of, "I can't believe this game is only in early access!"

Surviving the Aftermath works for me on almost every level. Its Banished sensibilities are intact. Just wish it had a little more Rimworld drama. I can appreciate that Evelyn, for instance, is a picky eater which leaves her malnourished half the time. I admire the brave souls that fended off those three armored cars at the gate to the best of their ability. And this soundtrack is the most mesmerizing background alt-pop I've heard since Death Stranding walked me across Iceland, USA.