Facebook is already no. 3 in total hours watched when it comes to game streaming—now Facebook is spinning off its game streaming onto a separate Facebook Gaming mobile app. Silicon Valley wants to build the next version of the Internet, but Fortnite might make it first. And you might've played a pretty important person in sim games, but Pope Simulator gives you full, supreme, and universal power over the entire Catholic Church. 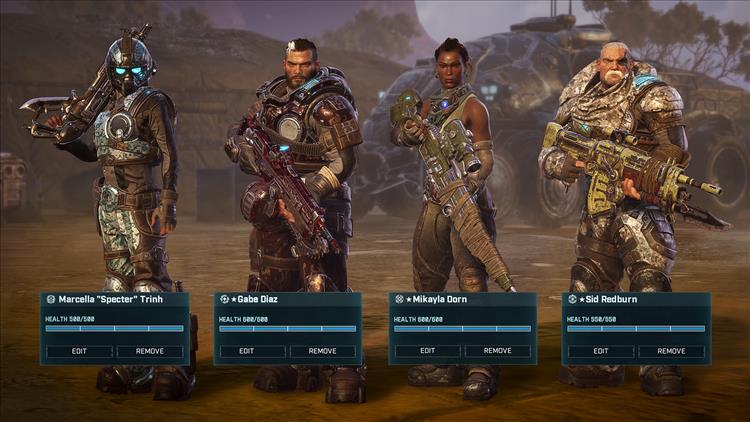 Russell Archey
Thanks to my current work schedule being all sorts of wonky, any gaming time I have this weekend will be devoted to working on my review for Gears Tactics. Since it's under embargo I can't really say much about the game now, but this is my first time playing a tactical-style game like this, and with the Gears franchise being as popular as it is I have a lot to live up to with this one. I am adapting to the tactical style pretty well, once I remember everything I can do and not just try shooting everything in sight. It's almost like I have to be tactical or something.

Eric Hauter
I've been skipping between several games this week. I've been playing Trials of Mana, and while I enjoy the visuals and simplicity, the characters are so awful that it is ruining the game for me a little bit. The healer, Charlotte, is possibly the worst character I've ever encountered in a video game, and that is not hyperbole. She's just horrendous.

I've also been tooling around in the new and improved Fallout 76. Is it strange to note that I've always enjoyed Fallout 76? I really liked it when it came out. Sure, it was buggy and a bit barren, and the multiplayer aspects were a mess. But I still enjoyed wandering this new wasteland, resolving quests and hanging out with robots. I made it to level 38 in my first run, and that's allowing me to stroll through the early new content with a whistle and a song. Fallout 75 was fine all along, but I'm glad more people are enjoying it now.

I picked up a copy of Civilization VI on Switch this week too. I haven't progressed past the first 20 moves of my first game, but I'm looking forward to digging in further. I know that handhelds aren't the ideal way to play Civilization games, but Civ Revolution basically dominated my playtime on Vita and DS. Once I get started, I can't stop. I'm looking to replicate those experiences with a more complex and modern game.

Randy Kalista
I'm learning in Mount & Blade II just how much precision is required for swinging an axe. Especially from the back of a horse. A charging horse. Not that I've ever tried mounted wood chopping, but chopping wood in real life should've given me some indication of how focused you have to be to land an axe head exactly where it belongs. I'll probably try out that equestrian wood chopping thing, I'm sure, if this quarantine goes too much longer.

Sometimes a game comes along at just the right time. In November of 2018, that game was not Fallout 76. Then again, sometimes a game expansion comes along at just the right time. In April of 2020, that game is Fallout 76: Wastelanders. I'm one of those people running around saying, "Hey, Fallout 76 is pretty good now, guys!" Aside from having to move my C.A.M.P. (again) because some other player (again) claimed the exact same spot I was in (again) while I was offline. Happens more often than you'd think. I'm enjoying encounters with other randos—thanks, stranger that gifted me 50,000 caps! But Fallout is meant to be a lonely game, at least for me. It's a weird time to be craving loneliness, I know. But it's making that GOG sale on the wonderful and wonderfully single-player Fallout 3: GotY Edition look tempting.

Also, I had XCOM: Chimera Squad for review. Don’t let it fool you: It’s not XCOM 3, but it’s definitely XCOM.