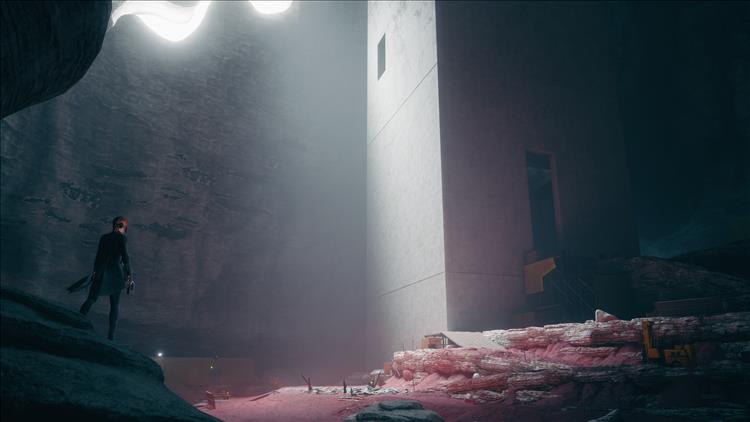 The Board has alerted Jesse, Director of the Bureau of Control, that a situation has arisen in the Oldest House where the Monolith has been damaged and the Astral Plane is leaking into the Foundation—

—I know that's a lot of Nouns to take in at once. But anyone that's played or is playing Control knows just how exciting more Control will be. And here we have it: Control: The Foundation, the first major expansion to one of the best games of 2019. This is not to be confused with Control: The Formation, which was earlier, free DLC letting you test your get-good skills against timed attacks on hordes of enemies. This new expansion, The Foundation, is only accessible after you complete the main storyline to Control.

But please don't let that "2019" stop you if you're the type of person that only wants to play the latest and greatest video games. 2020 is having a rough go of things as it is, so don't automatically assume newer is better. When I say Control is one of the best games of 2019, think of it as one of the best games of at least the last 12 months, either direction, regardless of where New Year's Day lands on the map. Even if you see that some cowards had to dock it a point or two for really choppy gameplay performance on a vanilla PS4 (it was me), Control is a rad experience for action gamers; especially action gamers that love throwing around huge chunks of concrete at people and objects exhibiting paranormal signatures and engaged in whacked-out Astral Plane activities. It's a game I've never really been able to stop thinking about, even though I finished playing it six months ago.

Control: The Foundation is $15 standalone, or it's part of the $25 season pass. The season pass gives you further access to the second expansion, AWE, coming to Control later this summer (if all goes well).

The Control: Foundation expansion launched March 26 on PlayStation 4 and on PC from the Epic Games Store. Xbox One gets The Foundation in three months, on June 25. Even if you don't buy in, a free update on all platforms improved map readability (thank goodness), added a new Shield Rush ability, and the ability tree is revised so you can reallocate spent ability points.

I'm listening to the full Control soundtrack on Spotify, but it's also streaming on Apple Music, Deezer, and Tidal; pick your poison. This music adds a creepy, ragged, industrial edge to my workday, I'll admit that much.