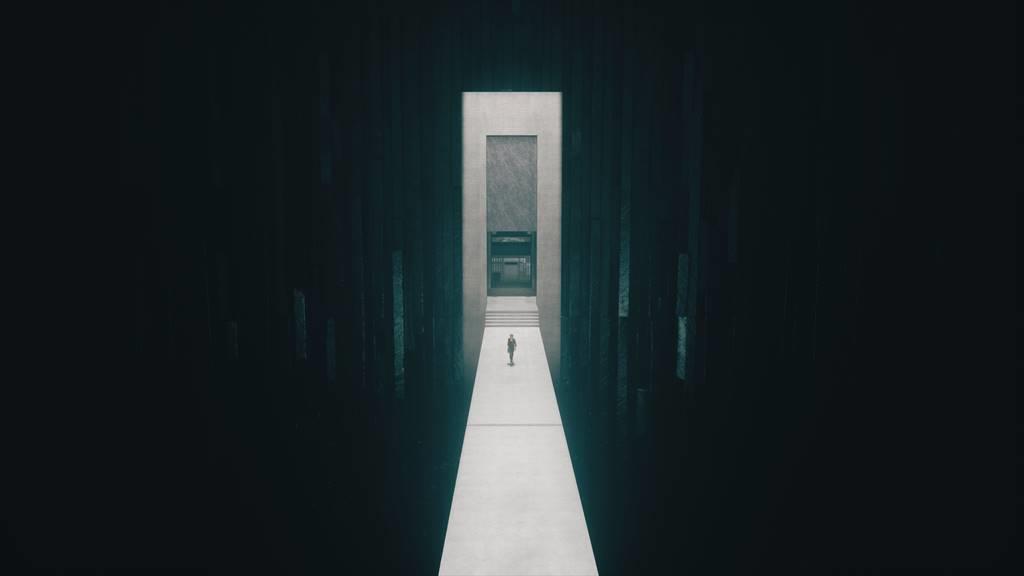 Welcome to the Bureau of Control. I see you’re new here. Let me brief you on our situation. You're the newly appointed director of the FBC (it's a long story) who’s guided by a sparkly, sentient AI (another long story) and advised by an upside down pyramid known as the Board (you get the idea) that you talk to on a telephone hotline (uh huh) in order to fight back the Hiss (that’s their name) spilling into our world from the Astral Plane (still follow?) to find your brother who was abducted and brought into a place called the Oldest House which is also the FBC Headquarters (...).

The first thing you should know about Control is that it’s about the paranormal. Maybe not about ghost-busting, per se, but there are certainly some possessed folks, cursed items, and some things, in general, that are floating around that shouldn’t be. Control is about those normal everyday objects we’re surrounded with, identifying ones that have been seized control of by some paranormal power, and putting those paranormal objects behind enough steel and concrete to prevent them from moving around anymore. That and the literal bureaucratic red tape that parses off save game and fast travel points.

So, here we are in FBC Headquarters, an impossibly large structure built around something known only as the Oldest House. It’s a structure that can only be found when it wants to be found. It’s emblematic, inside and out, of Modernist architecture and design—Brutalist, if you want to pin it down to its top-heavy government sub-genre. The place is all concrete and artificial light sources, embracing both minimalism and a lack of adornment. It’s also a marvel of light, shadow, and reflection, although this effect is much more grainy and blurry on a vanilla PlayStation 4 than it is on an RTX-ready PC. 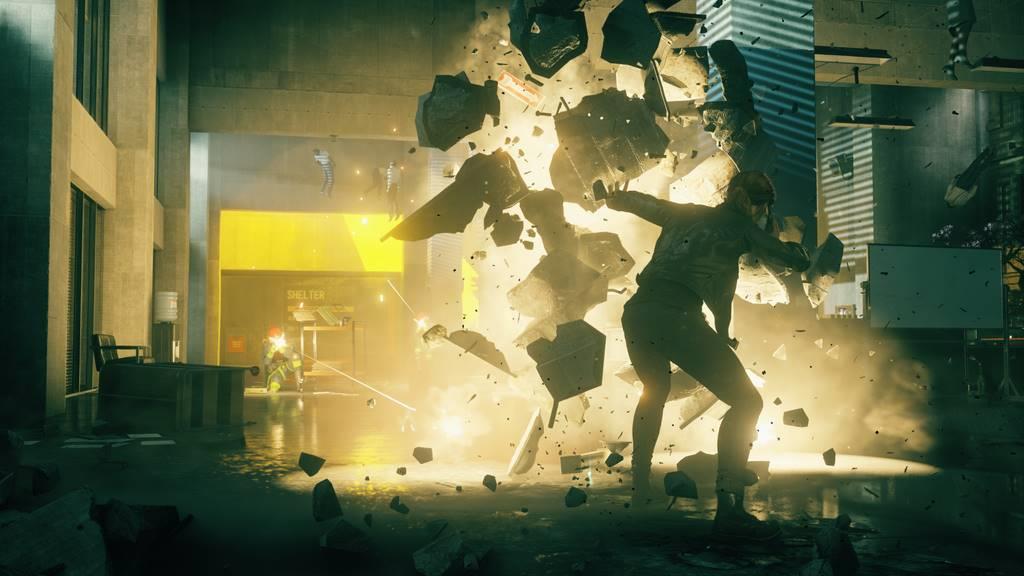 We should state that the overall performance on machines like PS4s and the Xbox One struggles compared to the half-step consoles. The PS4 Pro and Xbox One X manage better, and on solid PCs, of course. Whatever you have to do to play this game, play it. Just don’t play it on a baseline PS4 like I did if you can help it. Unless, that is, you like your “bullet time” to take the form of single-digit frame rates during high-intensity combat.

All that aside, Control is the most binge-worthy gaming I’ve had all year. It’s tough for AAA gaming to get my attention nowadays, but Control is the first contender to go onto my year-end Favorite Games of the Year list. Its characters are great—distressed, considering the circumstances, but never going full Dickensian. The plot is worthy of a Netflix Original—sorry if I scared you off in the intro. And its setting is incredible—the Oldest House, despite its shifting rooms and corridors, is unforgettable.

That’s one of the first things you’ll notice about the Federal Bureau of Control's headquarters. The place moves around a lot. It’s like if you asked architect Frank Lloyd Wright to redesign the Rubik’s Cube, then told him to make it big enough to house a government bureaucracy large enough to be the gatekeepers between the material plane we live in and the astral plane that we absolutely do not live in.

That map is a killer, though. I quickly found out the uselessness of the game's 2D map when using it to navigate its 3D puzzles—its very Rubik's Cube-like puzzles. When I’d first enter an area, I’d do well. Like in a grocery store, I’d swing around the perimeter before combing through the middle aisles. This ensured I’d never miss anything. But as the map grew, and the intentionally misleading architecture made it harder and harder to make a beeline for my destination, I’d rely on fast travel more. But using fast travel is like getting dropped into the middle of a maze, rather than at the starting point. It spun me in circles more often than I’d like. 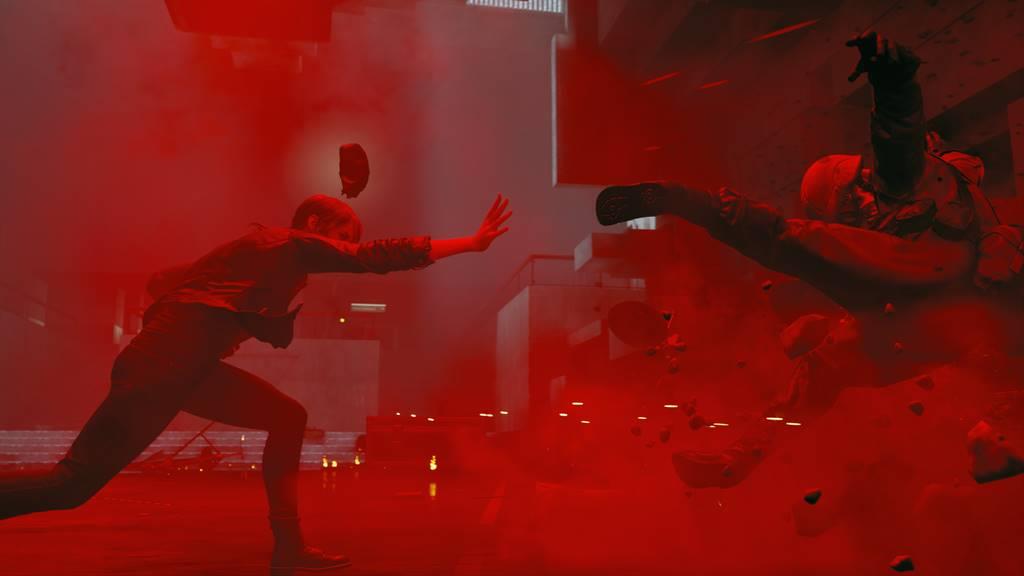 No matter which space I was in, the combat felt fantastic. Really mean sometimes, sure, considering that you are something of a glass cannon—you can dish it out, but you can't take it. The increasing level of mental powers you grow into are great. I started off with a pea-shooter gun and a force-push that barely slapped them on the wrist. But I eventually became a floating wizard pulling up concrete shields, throwing back grenades and rockets, and mind controlling enemies to fight for me. Throwing enemies around never gets old. Planting semi-automatic gunfire onto center mass is okay, but not as punchy as I'd like. Dodging magnetized missiles is problematic at times, and getting tagged by a chunk of concrete from other pyschokinetic foes forces you to read the room. And when the screen goes melty-red when you’re close to death? Well, I hope you’ve got an escape route already planned, or simply get lucky as you dash out of harm's way, because you can’t hardly see a thing at that point.

I can’t say enough good things about Control’s world- and character-building. There are posters on the wall warning you that, if you’ve lost your office, watch your step, because the building does shift around. There’s the going-off-half-cocked lead scientist making LOST’s Dharma Initiative-style videos. There’s the low-budget puppet show, made to instruct kids about life in the Oldest House, that are probably the creepiest things in the whole game. There are the hotline phone calls with The Board, who speak in either/or statements—in garbled unison. There’s even a connection with the former director of the FBC, the guy you replaced (long story, remember?), played by the voice actor of Max Payne. And the art department managed to work within the confines of a stone-cold government facility, yet make each area distinct and compulsively explorable. 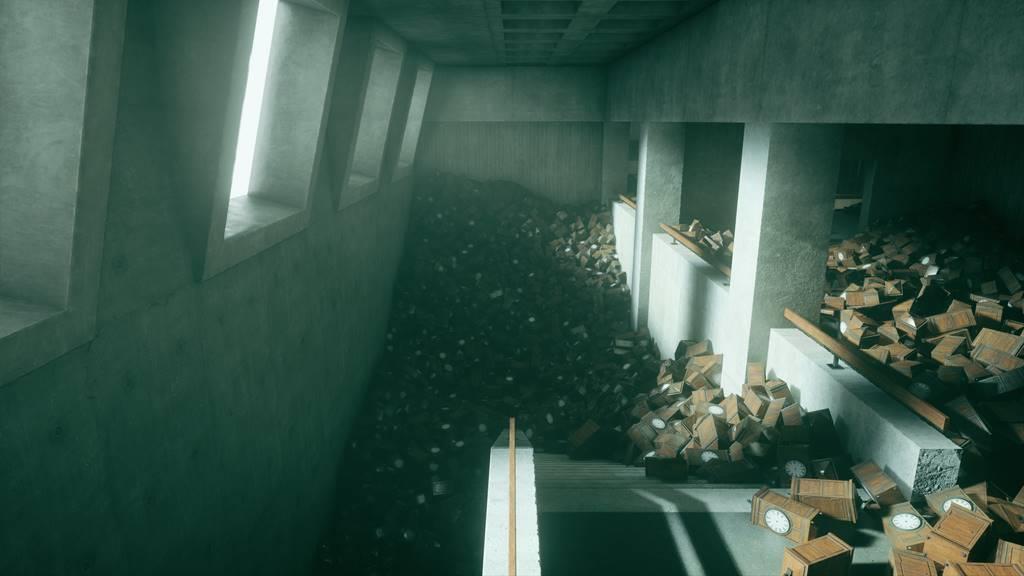 Look, we could sit here all day and complain about performance on the vanilla PS4. Slow-mo frame rates during combat. Or how I got stuck in the geometry in the Astral Plane during enormous boss fights. How it hitches every time I go into and out of any menu. How the map doesn’t always fully load in. And the object pop-in from time to time, while some low-res images never up-res.

Forget about those performance issues on baseline PS4s and Xbox Ones. Control is still one of the best games I’ve played all year, packed with enough reading material and audio-visual logs to make a year-long series out of it. This is a game about looking at the normal and recognizing the paranormal. Where ordinary objects take on extraordinary aspects. Control poses a lot of questions and makes you very hungry for answers. If the game drops a few frames along the way, so be it.

Control starts off with a 17-year search for your brother. That search brings you to the Bureau. The voice in your head gets you in the door. The gun in your hand makes you the new director. The FBC is in a state of emergency lock down. The upside down pyramid is assisting you as the bad guys spill in from another dimension. And the janitor, who speaks in Finnish-to-English Babelfish phrases, just might be the most powerful person you meet. Like I said, buckle up, Director. Control is taking you for a ride.