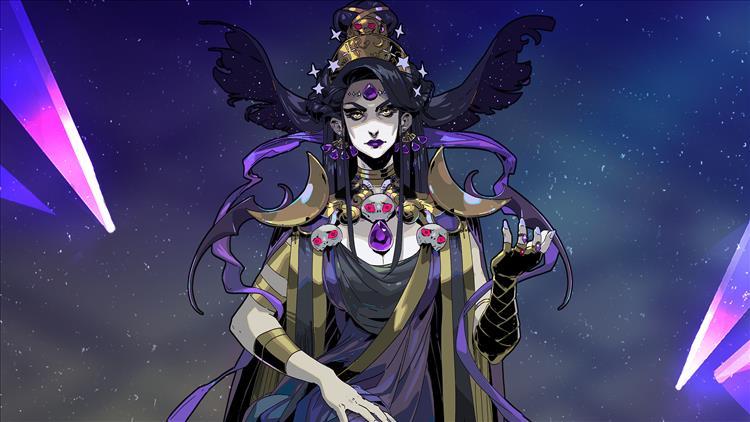 The early access Hades puts on some mighty big gloves, knocking out devils, demons, and demigods in its tenth major update, the Nighty Night Update [full patch notes here]. This update, like all of Hades' updates, is free to folks that've bought in to the early access period, whether on Steam or Epic Games Store.

In this Nighty Night Update, Supergiant Games introduces the Twin Fists of Malphon so you can get punchy with your enemies. New playstyles and powerful builds come from all-new Mirror of Night Talents. The very Greek Hades asks, "What kind of name is Arthur?" when it comes to the Stygian Blade's legendary Aspect of Arthur, which couples holy might and holy smite. A new Permanent Record exists in the House of Hades when you break into the Admin Chamber. While new chambers, story events, artwork and more round out the update. The woman you see is Nyx, incarnate of night, whom you'll learn more about. (Get it? The Nighty Night Update is also about the incarnate of night, not just knocking people's lights out!) And you'll also deepen relationships with characters like Orpheus, Artemis, and Zeus.

Cracks me up when the trailer gets to the part about dying to a rodent. Hades chuckles, "Uhhh, it's just a tiny vermin," before the rat turns around, freaks out, and forces Hades to change his tune real quick with an exclamatory, "Oh gods!"

This game is killing it. The "god-like rogue-like" went into Steam Early Access only three months ago—with a NoClip documentary crew filming the process—and is enjoying an astonishing 98% Overwhelmingly Positive status from user reviews. In one sense it's stunning, considering the negative review bombing that accompanied other developers who'd likewise spent one year of exclusivity on the Epic Games Store. For reasons that Supergiant Games must be counting their lucky stars for, they've somehow traversed unscathed through the similarly roguelike demands of PC gaming audiences. This may very well be Supergiant's best work yet. Coming from a studio whose previous work (Bastion, Transistor, Pyre) has never scored lower than a 9 on Gaming Nexus, that's saying something.

Hades v1.0 launch is happening sometime in 2020. You don't necessarily have to wait that long, since those Steam reviews virtually proclaim it—already—one of the best roguelikes ever made.