Three weeks ago, Stadia broke out of their strangely persistent cone of silence for a minute and announced five new games for the platform. Unlike the AAA blockbusters that accompanied Stadia’s launch, these new additions were lesser-known games. Two of them might be considered “major releases” if you squint a little (Serious Sam and Panzer Dragoon). But the other three games were new “first on Stadia” indie titles. The fact that these smaller games were announced for Stadia offers a blazing ray of hope that Stadia may indeed offer some variety and may deliver a healthy selection of games on its infant platform. 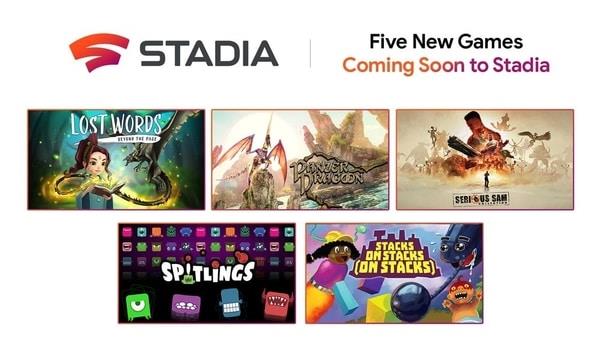 Announcements of these sorts have become much more common in the weeks since, with Stadia adding PC access to capture materials, several additional new games, and (though unannounced, its happening) 4K resolution on PC. And of course, Stadia dropped the entire Steamworld franchise onto the platform, giving Pro members the most recent two games for free.

That initial game announcement was met on Twitter with the usual dumpster fire of trolls demanding AAA games and denouncing this little line-up as “trash”. But scroll down a little bit past the loudmouths, and you find the actual Stadia community celebrating the pending diversity in the Stadia lineup.

“I'm enjoying this push towards more indie games! Keep 'em coming.” writes @StadiaDoghouse. For every nay-sayer on Twitter, there is a supporter who is enjoying the platform. But the truly interesting reactions are on the Stadia community page. This is where you find the actual consumers that have ponied up the cash for Stadia. While not everyone is 100% supportive of the new lineup, and people are not shy about sharing their requests (one poor soul named DaRool replied with “BUBBLE BOBBLE, please!!!”), the mood on the community blog is decidedly more positive than that found on Twitter.

Of course, reading the comments on anything is always a mistake (just ask Wreck-it Ralph). What is important here is that Stadia is trying to expand their library – and not every game they release is going to be a giant $60 AAA 4K epic. One subsection of consumers seems think that just because Stadia is capable of running high-end games, it should only release games of that type. But a quick glance around at the market reveals that to be healthy, a platform needs to offer some variety, and smaller experiences can be just as valuable as super-Ubi-open-world games.

I’ve been playing the beta of Stacks On Stacks (On Stacks), and I can attest that this cheerful, polished, and very competent indie is indeed not a AAA title. What it is, however, is loads of fun for my family. Like the earlier released Spitlings, my kids absolutely love sitting on my lap and watching me play Stacks on Stacks.

In Stacks on Stacks, players are primarily tasked with stacking random blocks on each other to achieve a certain height. Yes, there’s a ton more to it than that, but that’s the basic game loop. Think Tricky Towers, but in 3D. As the player progresses, more diabolical challenges unlock on a Mario-style map, and the true cleverness of the game’s puzzles is revealed. In an added bonus, at the end of each level the player gets to obliterate their tower with a wrecking ball. It’s kid catnip.

For me, Stadia is at times a hardcore gaming device, but it is also a form of family entertainment. My most-played game is still Just Dance 2020, and Steamworld Quest has been in heavy rotation since it came out. Yes, I love Assassin’s Creed Odyssey and Red Dead II, but you can’t always play those games with a kid in the room.

When Stadia released, its library was almost exclusively made up of giant adult open world spectacles. But my family doesn’t always want to watch me play Metro Exodus. We enjoy a wide variety of gaming experiences, and the arrival of these smaller indies gives me reassurance that Stadia is indeed paying attention to their audience, and will be providing more of these smaller experiences. Because, lets face it: tentpoles are fun, but there is a ton of other good stuff under that tent.