A couple of years ago, I started running video game tournaments at my day job. By far, the longest, deepest and most hotly contested contest we ran was the Tricky Towers tourney. We drew up brackets and over a period of about two weeks we gathered around the PS4 at lunch time, talking smack and reveling in the glories of Tricky Towers. I got ousted in the third round, but even those that were knocked out were still deeply invested in the outcome of the tournament. Tricky Towers is fun.

Tricky Towers has been released for Switch for the very reasonable price of $14.99. For those that are unfamiliar, the game is similar to Tetris, but with the added twist of gravity. Blocks don't just lock into place, you actually have to balance everything in a race to be the first to build your tower to a certain height. If things get off-kilter, the whole tower tumbled down and you have to start again. There are also mean tricks you can play on your opponents, making their lives more difficult while you surge ahead. The entire game is fast and furious, and when we played in the office we always drew a roaring crowd. The four-player is frantic as the game takes twists and turns, and one false move can decide your fate. 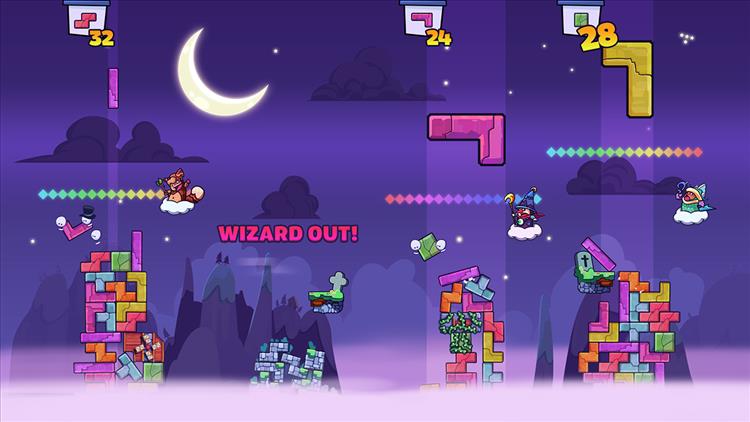