The Writers Guild of America is scrapping its Outstanding Achievement in Video Game Writing award. As a decade draws to a close, sites are listing their favorite video games of the last 10 years. And here are some tips for carving video game characters into your jack o' lanterns.

Eric Hauter
Having just completed my first run of Concrete Genie for review (spoiler: I liked it), I've gone back in for a second run to clean up any collectibles I might have missed and wrap up a bunch of trophies. I doubt I will platinum the game (I don't do that), but I did notice that a lot of the trophies come down to "paint this thing on the wall with this other thing." For example, during my first run I painted two rainbows on the same wall, which popped a trophy entitled "What does it mean?" I kinda feel like if there were an award for clever trophy names, "What does it mean?" might win it.

I've also begun my second playthrough of Pig Eat Ball, the weirdo puzzle-arcade hybrid I've been championing since it appeared mysteriously in my Steam library last year. Pig Eat Ball releases on console (all of 'em) next week, so I thought I would give myself a refresher before I once again launch my one-man publicity campaign for the game

Randy Kalista
Children of Morta had me at hello. All I could do was stare at its drippy-wet pixel art backgrounds and imagine the convo around the dinner table every night from a family of heroes saving the world from the evil, bad, chaos-belching mountain. I mean, how weird is it that family is often the last thing on a video game's mind? So, I'm looking forward to the entire family tree's adventures. John the warrior dad, the bard daughter Linda, the assassin brother Kevin, the oldest son monk Mark, Lucy the firestarter, and brawler cousin Joey. They're the Away Team. While mother Mary, Uncle Ben, Grandma Margaret, and Grandpa Adam hold down the homestead. I mean, it's one thing when a D&D-style party of adventurers "all meet in a tavern." But it's a whole other ballgame when the party is entirely made up of close relations. Because Where There's Family, There's Baggage. I'm trademarking that.

Nicholas Leon
It’s going to be more Skyrim Remastered for me this weekend. I’ve completed the main quests for the Dragonborn and Dawnguard DLC and reached a point where I was able to respec my perk points this week. Well, I dialed up on my stealth, but neglected to fill in any magic skills. Ha. It’s funny how something as insignificant as that can get under your skin when trying to role play a game like this, but I found myself sincerely regretting it. Well, I think I should have about 200+ levels to go, so I think I should be good.

John Yan
All glory that be, 7 Days to Die Alpha 18 has arrived and I'll be spending this weekend playing around and seeing what changed. I think I've already got a good handle on some of the combat changes and looting seems buffed up a lot. I'm enjoying exploring and carrying around my trusty junk turret to watch my back when I don't have anyone else on the server.

If Gears 5 has finally loaded, I'll pop in and start the single-player campaign. It'll be nice to see how the story continues as I enjoyed 4. 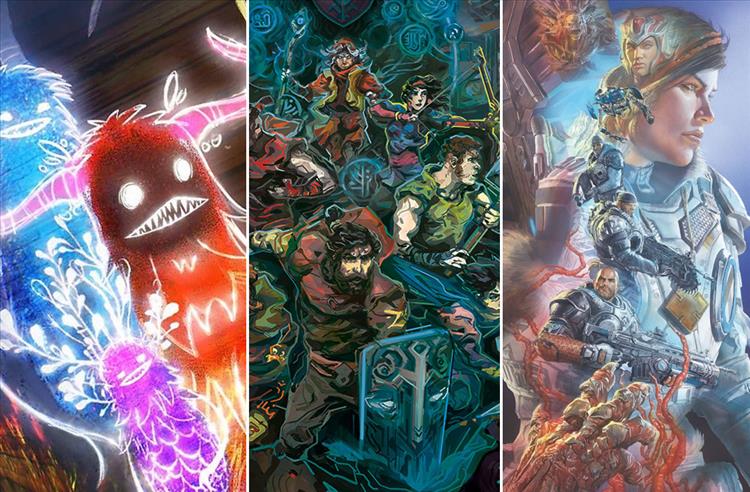