If you play Control then you'll understand why I'm not shutting up about Control [GN score 8.5, though it's a 9.0+ with a couple more performance patches]. Hot on the heels of yesterday's good news that stability patches are happening on all platforms, today Remedy revealed the roadmap going into the remainder of 2019—and even gives us a look into 2020.

First up is Photo Mode coming this fall, free for all players. I'm a sucker for photo modes. Especially on a game with environments so wonderfully designed like Control. The architectural modernism is stunning throughout. Snapping pics would be even more impressive if I were on a half-step console like the PS4 Pro and Xbox One, and especially if I was on a monster PC rig. I've seen the videos. The real-time lighting effects from RTX graphics cards on PCs make for screenshots that will blind you. I happen to be on a vanilla PS4, so some of the film grain and lighting gets a bit janky from time to time, but I'll still be punching my video game photographer card.

New game mode in December, called Expeditions. Also free for all players. This will focus on high-level combat, taking on missions handed to you by the security chief. Level up before this new game mode shows up.

In early 2020, two paid expansion packs are in the works. The first is called The Foundation and dives into the history of the Oldest House. I'm super looking forward to this one. The Oldest House (which is where Control takes place) is one of the coolest places in video games ever crafted.

The second expansion is called AWE, which stands for Altered World Events in-game. This expansion takes you into a new part of the Oldest House—the Investigations Sector.

I hope Remedy gets both hands wrapped around these performance issues efficiently and effectively, because I've still got a little mopping up to do, post-credits, and I'm already looking forward to all of this stuff. 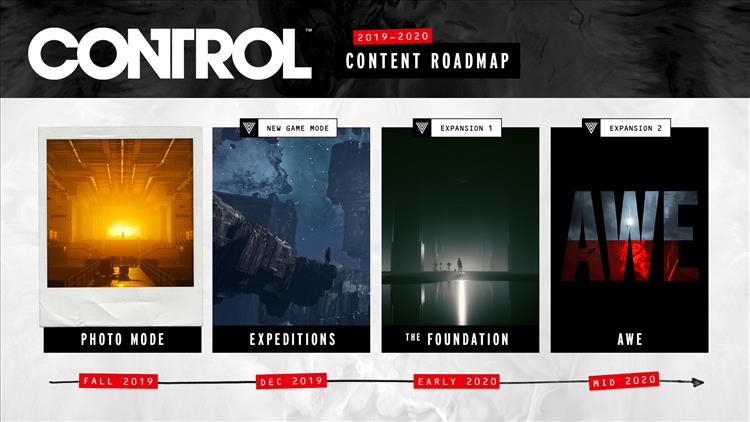