Matthew Taylor and James Tillman, the two-man team that make up Catch & Release (the dev studio behind Cold Iron), have been hard at work in the months since the game’s release. Today, they are sharing the fruits of their labor with the VR gaming community.

In an interview with Gaming Nexus the week of the original release, Matthew Taylor stated that the team was hoping that the release would be successful enough to allow for some free DLC to be developed. It looks as though things have worked out, and then some. Wild Card, the first free expansion to Cold Iron, will be available today on Oculus Rift, HTV Vive, and PlayStation VR, and this thing is a whopper.

Check out the list of features, minigames, and improvements that Wild Card is adding to the base game:

I can’t let “Hardcore Mode” slide by without comment. Cold Iron already has a blistering difficulty level that was finely tuned to reward practice and perseverance. Beating Cold Iron has been one of the highlights of my gaming year so far. I want to meet the mutant that is able beat Cold Iron in Hardcore Mode. “Forces you to holster the gun at your hip and cock it before firing”? Forget about it!

In addition to the bucket-load of new content, the price of the base game is being dropped across all platforms to $13.99. If you have been on the fence about trying out one of the most original and unique VR experiences available, the pot just got a lot sweeter.

I really enjoyed Cold Iron upon release, and the game has only grown in my estimation as time has gone by and I’ve exposed various friends and family to the sweet pain of its pleasures. I’m very excited to dive back in and try some of this new content. Let the cursing begin anew! 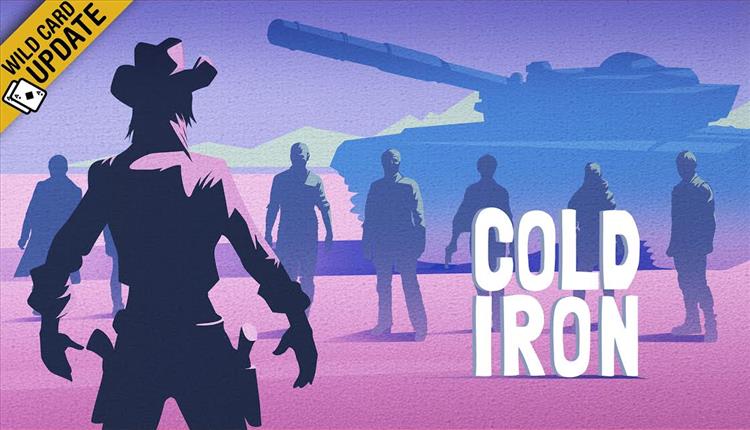