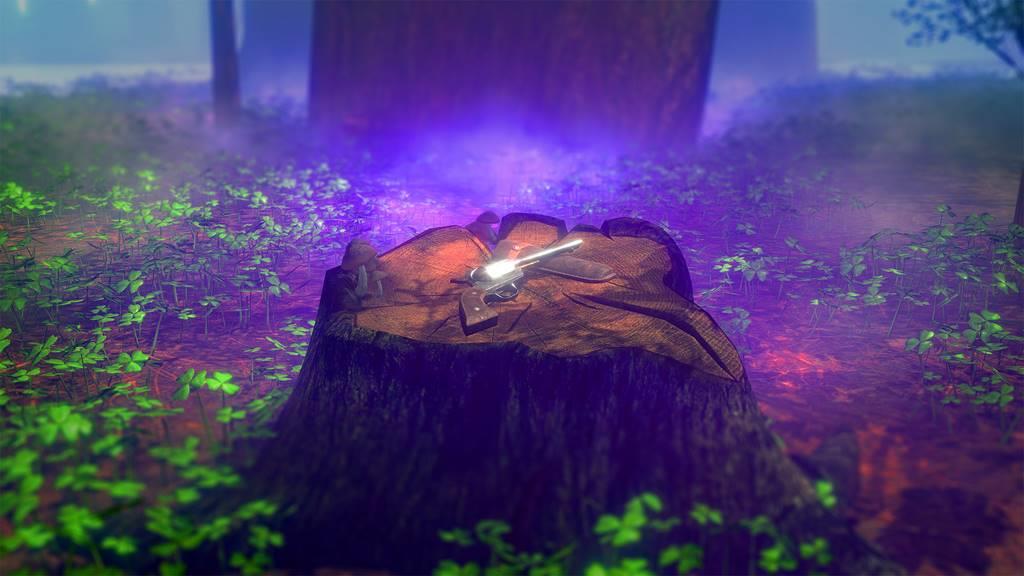 When one regularly plays video games, it is not often that one comes across something that feels truly new. There are certain mechanics in gaming that are tried and true. Sure, games evolve. The core mechanics that we all recognize are refined as time goes by, nudged forward a little bit into something that feels fresh. Graphics improve, sound design advances, controller configurations are tinkered with, new environments are introduced, quest lines become more intricate, and the player experience is refined down to a glittering shine. But when was the last time you played something that felt truly new?

The advent of virtual reality has allowed game developers to push in all sorts of interesting directions. But in many cases, VR games are simply games that could have existed in standard format, but have been wedged instead onto this exciting new platform. And yes, flying in a spaceship in VR feels very different from flying a spaceship across a TV screen. But those mechanics could still exist in a game intended to be played on a standard TV.

Cold Iron, the first game developed by Catch & Release and currently available on Oculus Rift, Vive HTC and PS VR, feels new. And while an argument could be made that this game could exist in a standard format, I would argue right back that outside of VR, no one would ever be able to beat it. Unlike so many games in VR, Cold Iron requires an amazing amount of concentration. You need to play this game in VR, because to succeed, you need the sensory isolation from the outside world that virtual reality allows. If your mind wanders for even a fraction of a second, you will die. If you suddenly think about something you need to get done for work, you will die. If you hear your cat thumping around in the background, you will die. If you smell cookies, and think “Mmmm…cookies!”, you will die (nothing VR can do about that one, and I’m speaking from experience). 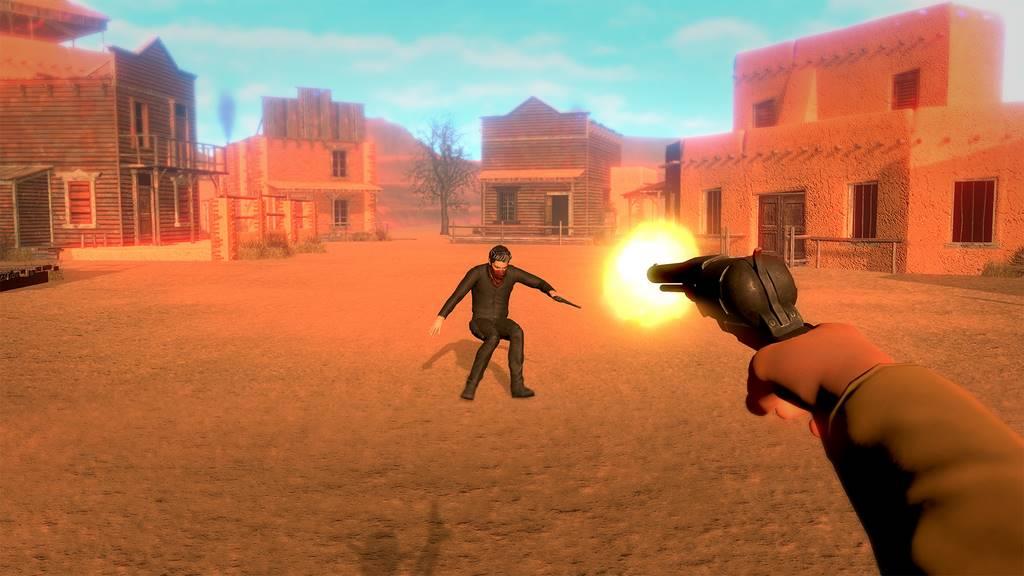 But in that magical moment when you are able to focus in a silent room, and you pull off something that you previously thought was impossible, the feeling is absolutely delicious.

Cold Iron has been billed as a “puzzle shooter” by its creators, and that’s as good a way as any to describe it. Players face off against a series of opponents in “High Noon”-style gunfights. You stand in the middle of the street, with your opponent facing you. Everything slows down, and you are almost hypnotized by the sound of your own beating heart. You wait for a bell to ring, and the moment it does, you both draw your guns. The winner wins, and the loser dies. It is all over in seconds. In the late game, it is all over in a fraction of a second. Cold Iron is fast. Really fast. This is a game that is measured in one-hundredths of seconds, and it is absolutely screaming for speed runners to take a crack at it.

You might think from what you have read so far that I have described the reasons one needs sensory isolation. Players need to concentrate in order to listen for the bell and be quick on the draw, right? Well, sure, but that’s not all. It gets more complicated than that. Because this isn’t just a shooter. This is a puzzle shooter. 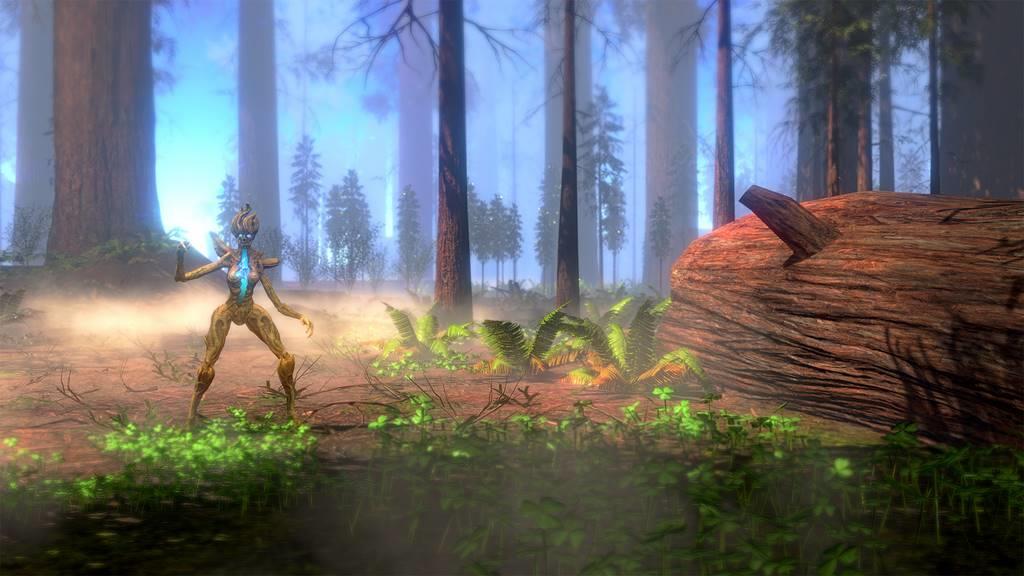 You play as a young man raised in the old west. Your father used to be a champion gunfighter, but he retired from shooting people when you were born. After his untimely demise, you find yourself in possession of his old gun, the titular Cold Iron, and you set out on a mission of discovery and revenge. While the first few gunfights are fairly straight forward, teaching players the mechanics of the game against a group of traditional opponents, the story quickly goes off the rails and starts sliding into crazy town. I don’t want to ruin anything, but I will say that the story goes in some very unexpected directions, pitting you against some very surprising opponents. I have a lot of respect for games that are willing to get weird, and Cold Iron wastes zero time getting down to some very weird business.

Each of the opponents has their own twist, and it is up to the player to figure out what that twist is (and how to overcome it) in those brief moments when all you can hear is your own heartbeat echoing in your ears. Often times, the player is presented with some information that flashes on the screen, and then that heartbeat starts, and you just know that the bell is going to ring in a matter of seconds. Your mind races, trying to figure out the meaning of the riddle. If you can’t figure it out, you will die. If you can figure it out, and you are too slow to react, you will die. And that’s where the concentration and sensory deprivation comes in. You need to think very quickly, and then you need to pull your gun and shoot. And that takes concentration. God help you if you are too slow. 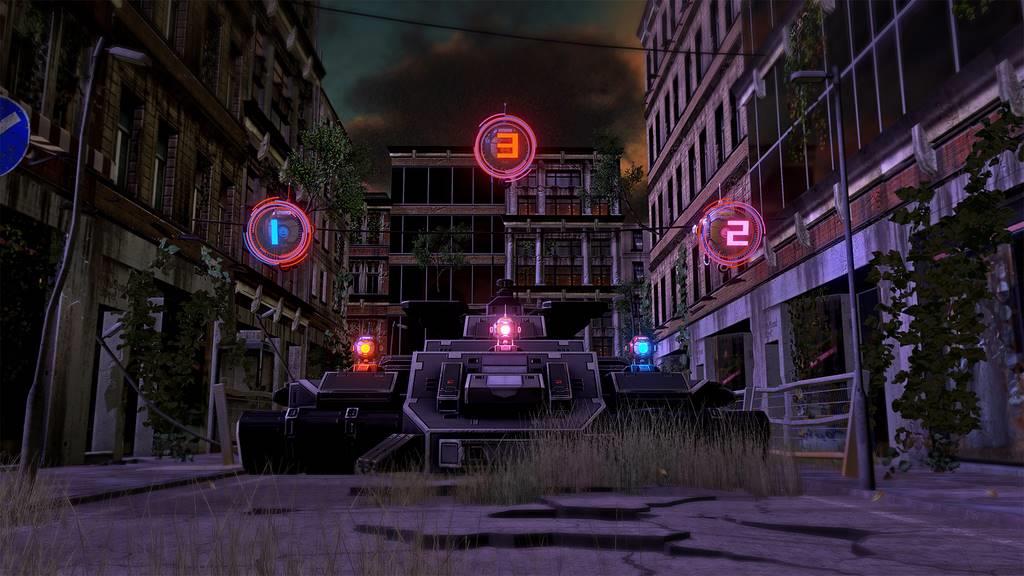 Which leads me to my biggest grievance with Cold Iron. Your opponents are organized into groups of three, separated out into worlds (so there are three thematically themed opponents per world). Players face each opponent in five separate matches, with each match having its own separate puzzle. The puzzles for each opponent iterate on themselves in a very clever manner, growing in complexity as players work through the five matches. To win a match, the player must best the opponent in five out of nine gunfights. If you lose a match, you go all the way back to the beginning of the world. So, is everyone still with me? 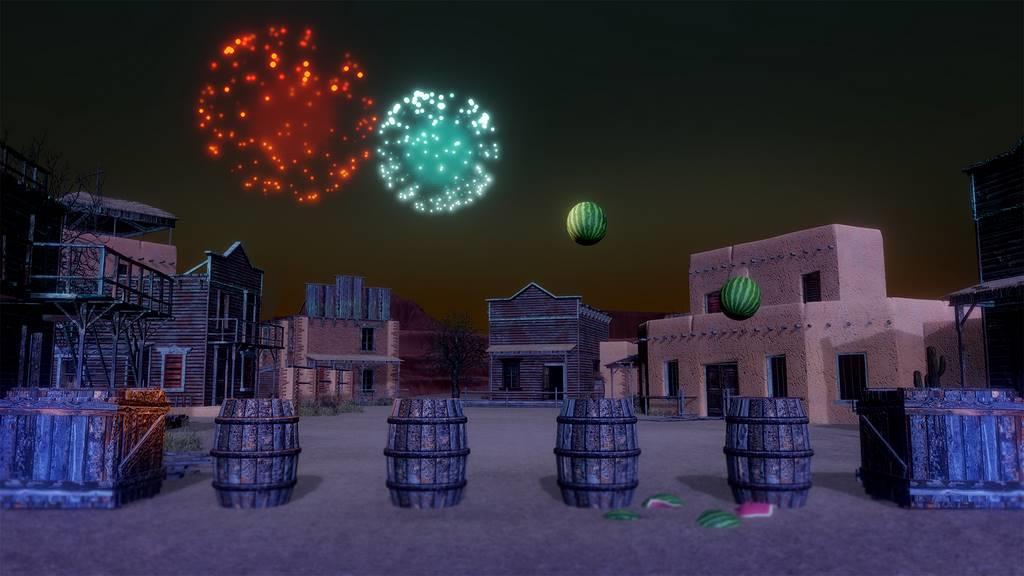 Now, to be fair, once you have figured out the hook for each opponent, they are much easier to defeat. But knowing what you have to do and being fast enough to do it are two separate things. As I mentioned, this game is tough, and being forced to fight opponents you just defeated, and then not being able to defeat them again can be emotionally difficult.

But the simple fact that I just used the phrase “emotionally difficult” in a review should reveal just how engaging this game is. While the game is pretty short, the feeling of triumph that I had upon beating it is a feeling that I haven’t had for quite a while in gaming. I felt like I was both very intelligent, and I was a gunfighting boss. Cold Iron made me feel supernaturally fast, and wicked smart. The combination made me howl in triumph. I’m also not ashamed to admit that I gave my living room a victorious middle finger on several occasions.

The visuals and sound design in Cold Iron are simple, yet effective. I enjoyed the voice over/narrator and the cool hand drawn storybook look of the cut scenes. While the story does go spiraling off into some unique places, these elements manage to keep Cold Iron grounded in western mythology. Heck, I even enjoyed the end credits. I stood there in my silent living room and watched them in triumph, as my own way to ride off into the sunset.

I don’t want to give the impression that Cold Iron is the greatest game of all time. It can be tough, frustrating, and repetitive and it is pretty short. But I do strongly feel that Cold Iron feel like the start of something new, and that carries a lot of weight. It should also count for something that as soon as I finished the game, I dove right back in for round two. I’m a lot faster now than when I started. Those early opponents need to look out.

Cold Iron is a game that requires players to think and act fast. While it is brief, and some might consider it too difficult, the game never feels unfair. The solutions to its unique puzzles are right in front of you, and your own wits and skill are the only things that stands between you and sweet, sweet victory. If you have had a hankering for a new gaming experience and don't mind getting your hide tanned a little bit, Cold Iron may just be your huckleberry.