Disregarding a lot of the negativity in the gaming press, 2017 was a great year for the PS VR. Tons of games were released for Sony’s fledgling VR system, so many titles, in fact, that I didn’t have time to play the majority of them. PS VR shows no sign of slowing down in 2018, either. With several bundles being sold throughout the holiday season (and some major new releases), there will likely be a lot of new PS VR gamers in a few days. Those new gamers will want new games and experiences to play on their fancy new toy.

While I missed out on a lot of the smaller titles that were released this year, I did play a wide array of PS VR games. At the suggestion of Gaming Nexus Staff Writer Randy Kalista, I decided to put together a list of my favorite five PS VR games for 2017.

Here they are, in no particular order:

StarBlood Arena –  Back in April, White Moon Dreams delivered Starblood Arena for PS VR. A shot across the bow to haters endlessly calling VR games “tech demos”, Starblood is a full-fledged character based competitive space shooter. Players can select from a number of different pilot characters, each of whom has their own ship with various strengths and vulnerabilities. Players are unleashed in arenas, and engage in the typical array of multiplayer death matches. The game is fast and furious, allowing players to easily maneuver through environments at breakneck speeds, with minimal discomfort. While the community is small, they are committed, holding several events throughout the week to meet online for multiplayer mayhem. Players can also engage with every mode in the game in single player, taking out bots instead of other real people. My family has several copies of this game, and we still jump in from time to time to throw down and talk smack. The price on this one has fallen dramatically throughout the year, and even if you are just picking it up to play single player, it is well worth the cost of admission.

Korix – My love for Korix is well documented. One of my sons moved out west this year, and he and I locked in on Korix as our main method for keeping in touch. The game is a stripped back RTS/tower defense game with a clean Tron-like visual style. The game allows an incredible degree of configuration, which keeps it fresh for hours on end. All players are represented in the game as disembodied heads floating about the play area. This set-up has allowed my son and I to share the same space while playing a game we both love, which is an incredibly powerful experience. Find my interview with Mark Taylor, the creator of Korix here.

Shooty Fruity – nDreams’ fruit shooter is just plain old arcade goodness. Players are tasked with scanning groceries, while keeping unruly fruit under control by blowing it away with a variety of satisfying weapons. I’ve written a ton about Shooty Fruity lately, so I don’t want to beat a dead horse. Just suffice to say that Shooty Fruity is super fun and engaging, and if you don't like it, you are allergic to fun. You can find my recent musings on the game here and here.

Statik – Tarsier Studios’ VR puzzle game Statik is one of the best mindbenders I’ve played in recent years. Players are put through a progression of puzzle rooms, starting each scenario with their hands locked in a box (which is simulated by holding the Duel Shock controller). Pressing different buttons and examining their effects on the box on your hands, and carefully examining your environment for clues will eventually lead to amazingly satisfying “AHA!” moments. I played through this game in one afternoon with my teenage sons, and the group dynamic in working together to solve the puzzles made this experience very memorable. We discussed the obtuse story for days afterwards, theorizing about what was really going on in the bizarre testing facility the game takes place in. While a relatively brief experience, Statik packs enough punch to stick with you.

Star Trek Bridge Crew – Star Trek Bridge Crew might have the highest production values of any VR experience to date. Teams of four team up as the Captain, Engineer, Helmsperson and Tactical Officer on the bridge of the beautifully rendered USS Aegis, and take the starship through a series of missions. Chaos ensues. When the game first dropped, I found that the community mostly consisted of a bunch of tech types. Software developers and engineers tended to take these sorts of things rather seriously, which was fun. As time went on, more casual gamers entered the fray, which brought a lot of variety to the proceedings, which was fun too. The Star Trek Bridge Crew community is one of the most helpful and friendly I have experience in online gaming. Originally scheduled for release in 2016, Red Storm Entertainment delayed Star Trek Bridge Crew into 2017 in order to allow the original Enterprise bridge to be used for all missions, which was the source of great hilarity when gamers discovered that the button layout was insane. This is a fun playground, and the experience changes every time depending on the other players you get matched with.  I finally have a team of four friends who have VR rigs and the game, so we are planning a full group playthrough in early January. I am super excited to jump back into Bridge Crew, and every day I hope against hope that Red Storm is developing an expansion. 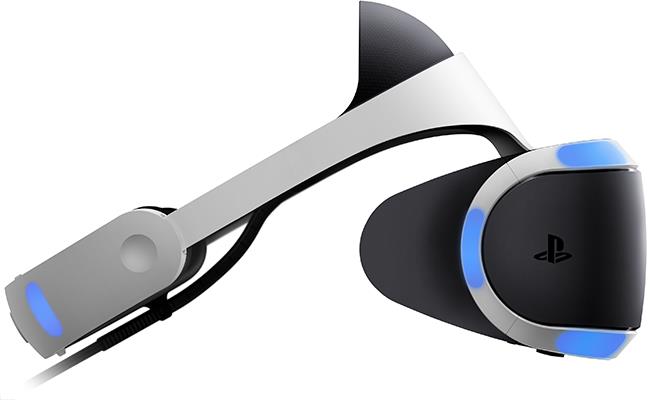